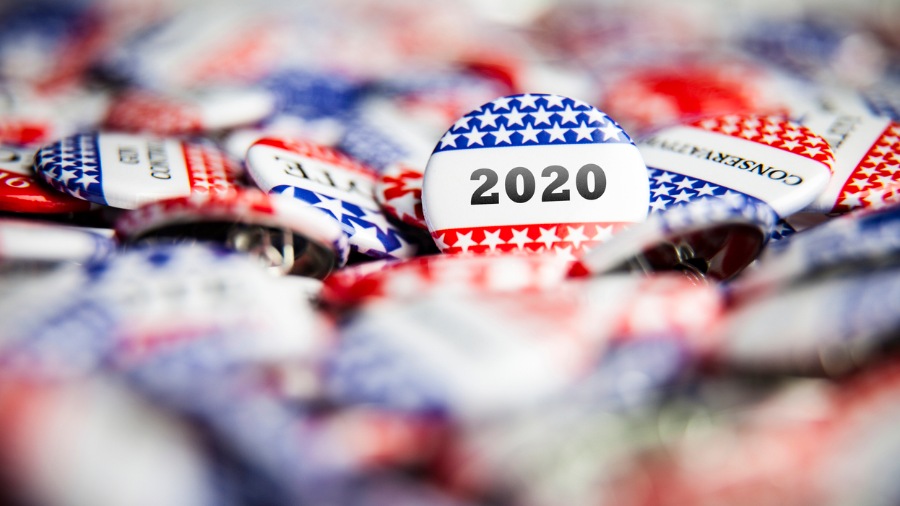 Prayer: We ask that You would help us to not only pray for our country, but also help those who are in a position to run for office and implement those changes for which we pray.

Have you wondered how we got to this place in America where we are just one election shy of losing our nation?

I know I have.

As I ponder and pray for insight regarding the increasing division in our land, and the push toward policies that continue to remove God from our nation, there are some hard facts that as Christians I believe we must face in order to see the change we say we desire.

Prior to two years ago, I had never given to a political campaign financially. I tithe. I give to our church and other non-profit organizations, but I had never even thought about the importance of financially supporting a candidate to help get them elected so as to bring about the change for which I prayed.

I realize now that doesn’t really make sense. But I’m just being honest. It wasn’t on my radar.

In present day society, we see numerous liberal-leaning millionaires who are giving away their fortunes to see America turn socialist. But do we see that among conservative millionaires? Not so much. And what about the rest of us? Average citizens who just want to honor God and live our lives? Do we put our money where our mouth is? Or do we simply say, “I will pray?”

How can we say we will pray and then take no action to help implement that for which we have prayed?

Don’t get me wrong. I don’t discount the imperative need for prayer. It is the pre-requisite of any change. But how can we say we will pray and then take no action to help implement that for which we have prayed?

A new friend of mine running for a seat in New York told me recently, “I can get Christians to pray for me, but that’s not the only thing I need. People have no idea how expensive it is just to get a website up and do all the administrative part just to get started and that is before we can even launch our campaign which includes expensive television and radio ads. I need their prayers, but I also need their help financially.”

If we want to see the change we are praying for, we have to help make that happen. If a candidate is willing to throw their hat in the ring and take on the abuse that comes from the liberal media and other candidates — which has unfortunately become commonplace in elections today — then we should be willing to help them in whatever way possible — if we truly want to see change.

This area is very similar to my giving record. I have always volunteered at my church, food banks, and other non-profits. But up until a couple of years ago, I had never volunteered for a political campaign to get a godly candidate elected. Sadly, up until then it had never really hit my radar. How about you?

If it did, it was easy to push it aside. I mean, I’m a busy person. I run a business. I was homeschooling my kids. I help my husband run a ministry. In my mind, I was doing my part … But was I really?

Volunteering for a campaign is an area that really gets me out of my comfort zone. Making phone calls. Going door to door. I’m an introvert and those things are hard for me. But guess what? I found there are plenty of other areas like stuffing envelopes, putting up signs, or just talking with friends and spreading the word that do work for me. I just have to make the decision to do it.

This seems like a no-brainer. But unfortunately, it is not. We must understand that it is not an option to stay home and not vote. Christians are one of the largest voting blocks in America. But we are a majority that acts like a minority. We are divided and complacent and it has brought us to where we are now.

It really doesn’t matter if we don’t like either candidate. It’s not about liking a candidate. It’s about supporting a Party platform that best represents our values and biblical beliefs.

When we vote based on reasons of ethnicity or gender, we are in idolatry. We have elevated those areas as more important than biblical values. If we enter the voting booth with the primary consideration that we are white, black, Hispanic, Asian or male/female, we need to consider why that has become more important than the spiritual foundation on which we say we have based our lives.

As we head toward another election, we all need to pray and consider if we are still pointed to True North. Are the values that we support in alignment with biblical mandates? Or have we inadvertently taken our eyes off of what is on God’s heart based on His Word?

Believe it or not, prior to 2016, I was pretty silent about my political views. My friends knew I was a conservative. But we didn’t sit and discuss politics. I certainly didn’t write or post about it.

But that all changed in 2016 when it became clear that the upcoming presidential election was far more than a choice between Democrat or Republican. It had become a choice on whether our nation would continue to exist with the freedoms on which it was founded.

The upcoming 2020 election is no different. The answer to that question still hangs in the balance. And if as Christians, we remain silent, uninvolved or on the sidelines, we will not have to worry about voting in another election after 2020 because I don’t believe we will have the chance. Our vote will not matter and America as we know it will be gone.

I’m not willing to see that happen. And my guess is, if you have read this far, you are not either.

Will you join me as we all leave our comfort zones and choose to do what most of us have not done before, which is to engage? We need to first and foremost engage prayerfully, but we need to also begin to engage financially, actively, and vocally.

And while we are at it, let us pray for a few more conservative millionaires who will take this challenge as well and step into the ring willing to give their fortunes as President Trump has been willing to invest his.

Lord, forgive us for the past where we have not been actively involved for that for which we have prayed. We repent. We ask that You would help us to not only pray for our country, but also help those who are in a position to run for office and implement those changes for which we pray. We pray for more candidates, called by Your name, who will say, “I’m willing to run.” And we also pray, Lord, for financial increase and time to be able to stand with them in support. Lord, we ask for your mercy for our nation. Hear our prayers, O God, and save us. Reach down and help us, for our eyes are on You.

Karen Hardin is an intercessor, author, minister, and literary agent. Her work has appeared on USA Today, World Net Daily, Intercessors for America, Charisma, CBN.com and The Elijah List. For additional information, you can contact her at www.prioritypr.org or www.karenhardin.com.