Why I Might Eat (a Few) Peanut M&Ms Again 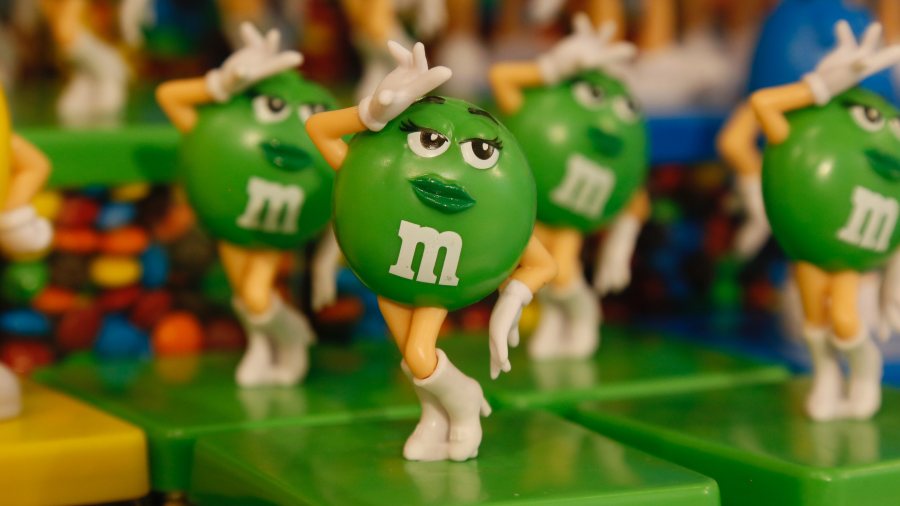 My commentary on how the “woke” revision of the M&Ms cartoon characters sparked my revulsion towards M&Ms as a candy was one of last year’s top newsletter stories, and I was happy to see it rediscovered when it ran again early this month. Coincidentally, the Mars candy company made news again a few weeks ago with further change to its cartoon candies, most notably the introduction of a big purple female M&M who pushes body positivity messages and talks about feeling comfortable in her own colorful candy shell. Their press release announcing this was a recitation of all the virtue-signaling buzzwords they could cram onto one page. Was this really supposed to make me want to eat M&Ms?

Mars, Inc. Didn’t Think This Through

The campaign was supposed to be all about belonging, whatever your gender or size. Belonging is great, but their approach was ridiculously heavy-handed, as messages from social justice warriors tend to be. I suppose they genuinely thought they were signaling their virtue, but the cynic in me wonders if it wasn’t also part of their marketing plan for this candy company to be hitting people over the head with how fine it is to be fat.

Along with the introduction of the big purple M&M was a limited-edition “all-female” pack of the candies. Just three colors, signifying those characters. It made me wonder: what if one of the “male” M&Ms chose to identify as female or non-binary? Could xe be in there with them? If xe became trans (by changing footwear?), could xe compete against the female M&Ms in sports? Not that they’d be much into sports, being M&Ms, but hypothetically. I don’t think the company thought this through. They didn’t even assign them pronouns.

Who Knew Footwear Messaging Can Be Polarizing?

Maybe this last image tweak was finally just too much for consumers, and I know I wasn’t the only one mocking. (After my original commentary, quite a few readers wrote to say they were boycotting the candy, which I hadn’t specifically called for.) So the company, in a fit of overreactive petulance, has scrapped their campaign — not just the over-the-top wokeness messages but the cartoon M&Ms themselves! They issued a statement on Twitter that came across to me as condescending when they said, “…even a candy’s shoes can be polarizing.” Hey, they were the ones who made such a big deal about the messaging of the footwear. They made the shoes polarizing.

It hit Brandon Morse at RedState the same way.

Morse doesn’t get the impression that this company has really learned anything. But I’m considering rewarding them for at least a grudging acknowledgment of the marketplace — the real marketplace, not the one they’d mistakenly assumed would be lining up to buy their “female” bag of candy with the two lesbian M&Ms inside. In other words, I might just force myself to eat a few delicious peanut M&Ms from time to time. But it’ll never be the same as it used to be.

Replacing the cartoon characters in a new campaign will be “SNL” alum Maya Rudolph. I love Maya Rudolph, and I doubt she’d let herself be put into something lame. Her first TV spot will run during the Super Bowl on February 12. I do not give a rat’s behind what style of shoes she wears.

Twitchy ran some assorted tweeted responses. Like the company, some of the twitterers making fun of people who were “offended by shoes” have missed the point and don’t understand what this backlash was about. It wasn’t the shoes. If they had just changed the shoes without getting all preachy about (sigh) gender and inclusiveness, which is really getting tiresome, no one would have cared.

The Babylon Bee had some fun with this, producing their own M&Ms commercial in which one brave little trans M&M identifies as…a Skittle.

I assume that with most M&Ms, sometimes they identify as peanut, other times plain. Because…sometimes you feel like a nut; sometimes you don’t.

Laura Ainsworth is a Staff Writer at MikeHuckabee.com.