Why Do Atheists Think They’re the Party of Reason When They Reason So Poorly? 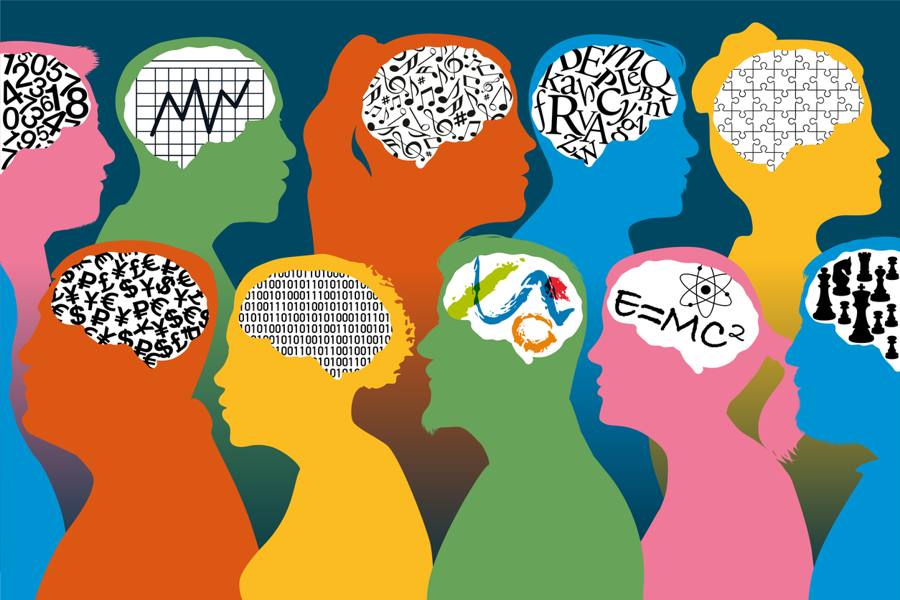 Interact with atheists much, and before long they’ll tell you they’re the reasonable ones. Religious people are irrational, but not them. It’s as if they’ve anointed themselves as The Party of Reason. They had their “Reason Rally” on the mall in Washington ten years ago. They’ve had the Richard Dawkins Foundation for Reason and Science, and Victor Stenger telling us about The New Atheism: Taking a Stand for Science and Reason, and The Center for Inquiry pronouncing it’s time for science and reason. I could go on, but you get the picture.

Here’s the problem, though: Most of them don’t do it very well. Reasoning, I mean. If reasoning means starting from solid premises or good evidence and following a chain of thought to a justifiable conclusion, most of them are really quite bad at it. It’s not all atheists, obviously, but it’s many of them, including their heroes.

Take Richard Dawkins, for example, calling it “child abuse” if parents raise their children to believe in religion. This former Oxford University “Professor for the Public Understanding of Science” looked at absolutely no science on child abuse, only his own impressions of the matter. That’s just one typical error, though. They’re constantly falling into logical fallacies, from false analogies to false dichotomies to reasoning in a circle.

An atheist who called himself “doctor(logic)” was part of the commenting community on my Thinking Christian blog for years. Then I wrote a post describing multiple logical fallacies he’d committed, and suggesting he take the opportunity to review his “(logic)” self-image. He disappeared.

Yet they still think of themselves as The Party of Reason. How? Three things explain it, in my experience with them:

They’re not just The Party of Reason, really. They’re the Party of Science-and-Reason. The hyphens signify the way atheists treat them as joined at the hip. Just this week I heard from one who said he wanted “evidence,” not “philosophy.” But “philosophy” in that case was just thinking through some facts. Why wouldn’t it count for him? Probably because it wasn’t science.

Science has a special lock on reason in this crowd. It’s not because scientists’ reasoning processes are better than logicians’ or historians’ or even theologians, though. It’s because science is “objective,” “self-correcting,” and therefore “less biased” than other lines of thought. Now, this is partly true: Science has successfully corrected many errors, from geocentrism to phlogiston to “physics is complete, there’s nothing left to discover” in the late 19th century.

Defensive reasoning is contained reasoning. If it can’t find truth inside its boundaries, then it simply gives up trying.

To think that it’s objective and unbiased, however, is to crown science with jewels it cannot wear. Science is a human project, not a mechanical one. Scientists can lock themselves in biases as much as anyone else. And even at its best, science comes up with wrong answers. Like geocentrism, phlogiston, and “physics is complete.”

Scientists have learned from this, for the most part: They never say anything’s certain anymore. (Almost never, that is. Neo-Darwinian evolution is “certain,” and it’s “certainly true” that kids should get hormone treatments if they’re not satisfied with their gender.) My profs hammered this into me. Never say we “accept” or “confirm” the research hypothesis. Say instead that you “reject” the alternative. Tomorrow’s science may overturn today’s, so never let yourself say you know something for certain.

2. Fear of Being Wrong

And I think somehow that’s spilled over into atheists’ thinking about reason in general: “Don’t believe anything that might be wrong.” It’s as if there’s some moral duty never to draw a false conclusion: Better not to decide at all than to decide wrongly.

I call it defensive reasoning. They build a fence to keep out all wrong answers. This is why they insist that atheism isn’t a belief, it’s a “lack of belief” in God or gods. Every atheist I’ve met has believed the universe is made of matter and energy and physical law and absolutely nothing else, but not many will own up to it. They’re not about to get trapped in admitting they believe anything. Especially if it isn’t scientific.

Science can be wrong, after all, but at least it’s tentative, and at least it can correct itself. Religions can’t do that. Just look at how they disagree with each other! Science doesn’t disagree with itself that much, and when it does, it has a way of settling its problems. So stick with science, and don’t fall for any of the rest!

There’s some truth to that, but only because science is the discipline that specializes in solvable problems, especially testable ones. If you can’t solve it now, maybe someday. Science is nothing if not hopeful. And if you can’t test your answer, then you’re probably not doing science at all.

But not all solvable problems are important, and not all important problems are solvable, at least, not the way science solves them. Isn’t it important to know what’s morally right or wrong? Doesn’t it matter what happens after death? Science is silent on these things. It may say, “for all we know …” but then it will leave these questions unsettled.

And if science won’t settle them, then defensive reasoning says we shouldn’t make any decisions either.

Defensive reasoning is contained reasoning, though. If it can’t find truth inside its boundaries, then it simply gives up trying. This means that if there’s any truth outside those fences, defensive reasoners have blocked themselves from ever knowing it. Worse yet, they make crucial life decisions based on their conviction these things can’t be known.

I’ll ask them to suppose, just for example, that there’s a God who wants to reveal Himself through history, sacred writings, and nature. Defensive reasoning says, “Nope, I’m not gonna fall for it.” But that’s as good as saying, “I know for a fact there’s no God who wants to reveal Himself. Or at least I’ve made a definite decision to live as if I knew it for a fact.”

Suddenly defensive reasoning, where you never commit to a decision, looks like it’s committing to a decision after all.

Then there’s the other fear: The fear that it might be true after all. I respect those atheists who’ve been honest about it. Thomas Nagel is an eminent professor (now emeritus) of law and philosophy at New York University. He famously wrote,

I speak from experience, being strongly subject to this fear myself: I want atheism to be true and am made uneasy by the fact that some of the most intelligent and well-informed people I know are religious believers. It isn’t just that I don’t believe in God and, naturally, hope that I’m right in my belief. It’s that I hope there is no God! I don’t want there to be a God; I don’t want the universe to be like that. My guess is that this cosmic authority problem is not a rare condition and that it is responsible for much of the scientism and reductionism of our time. One of the tendencies it supports is the ludicrous overuse of evolutionary biology to explain everything about human life, including everything about the human mind …. This is a somewhat ridiculous situation …. [I]t is just as irrational to be influenced in one’s beliefs by the hope that God does not exist as by the hope that God does exist.

The late Cornell biologist Richard Lewontin opted for irrationality, too:

We take the side of science in spite of the patent absurdity of some of its constructs, in spite of its failure to fulfill many of its extravagant promises of health and life, in spite of the tolerance of the scientific community for unsubstantiated just-so stories, because we have a prior commitment, a commitment to materialism.

It is not that the methods and institutions of science somehow compel us to accept a material explanation of the phenomenal world, but, on the contrary, that we are forced by our a priori adherence to material causes to create an apparatus of investigation and a set of concepts that produce material explanations, no matter how counter-intuitive, no matter how mystifying to the uninitiated. Moreover, that materialism is an absolute, for we cannot allow a Divine Foot in the door.

“I hope there is no God! I don’t want there to be a God.” And, “we cannot allow a Divine Foot in the door.” This is the Party of Reason speaking. At least some of them are honest. I’ve tried to nudge others to the same honesty. It would be for them a step in the right direction.