How to Survive the World’s Predators Without Becoming One Yourself

Why Couldn’t Jesus Have Chosen One of the Cool Birds? And snakes? Why did it have to be snakes? 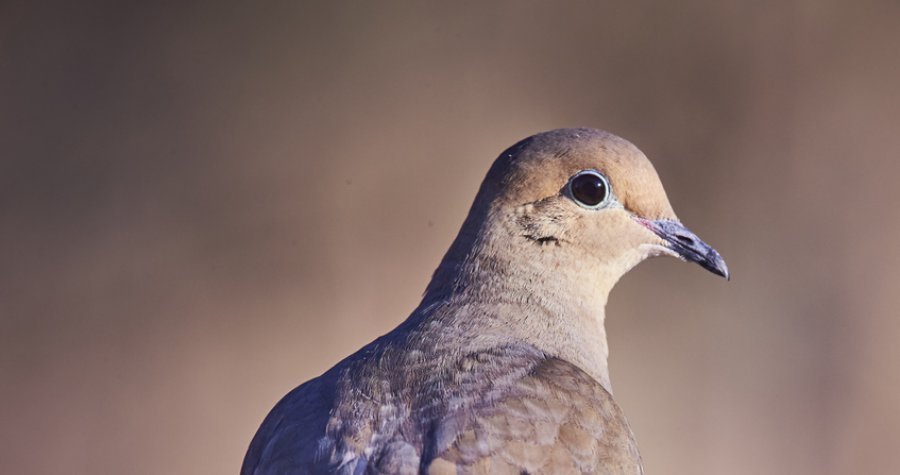 One of the doves who comes to our window feeder seems to be missing the skin on the back of his head. We see his skull when he looks away from the house. The world’s a dangerous world when you’re prey. They’re pretty birds, our doves, but they always seem to be day-dreaming. They have a kind of “Hi! I’m your dinner!” look to them.

So, doves, not the kind of bird you want to be. Yet one of the more famous instructions in Western history tells us to go through the world as innocent as doves. But doves look dumb and get eaten and I don’t want to look dumb and get eaten. Why couldn’t Jesus have chosen one of the cool birds? And wise as serpents? Really? Snakes? Why couldn’t he have said be wise as, oh, hawks or lions?

And anyway, how can we be both? Why did he tell us to be doves and serpents? Because he’s telling us how to survive among predators without becoming predators ourselves.

As Trusting as Doves

Jesus has just told his disciples to go out preaching the Kingdom and helping people. They will heal sick people and lepers, cast out demons, and even raise the dead. And they’ll do it for free. Can’t beat that. Even so, he warns his eager, trusting disciples, some people will try to hurt them.

“I am sending you out as sheep into the midst of wolves,” Jesus says. The wolves will eat them. “They will deliver you over to courts and flog you in their synagogues, and you will be dragged before governors and kings.” Some of the wolves will be the disciples’ family and friends. “Brother will deliver brother over to death, and the father his child, and children will rise against parents and have them put to death, and you will be hated by all for my name’s sake.”

Jesus’s answer? “Be wise as serpents and innocent as doves.”

Here’s one way I apply Jesus’s directive. Take the dove’s innocence as trust in others and sympathy for their lives. Take the serpent’s wisdom as looking carefully at what others are actually doing and saying. We have to learn to be both trusting and wary. We have to listen to others sympathetically while having enough distance and skepticism to tell when someone is telling the truth and when he’s not.

Be Doves. Be Serpents

We must be doves, and listen. Women want abortions for all sorts of reasons. Some face pressures the rest of us have never known. Pressures we will never know and can’t easily imagine. We must listen to them with sympathy and trust, the way we’d want others to listen to us if we were suffering the same way.

We must be serpents, and question. The pro-choice forces have some sleight-of-hand arguments that many of us won’t naturally spot. It’s like watching a magician put the ball in his left coat pocket and then at the end of the trick find it on a table ten feet away. Or in your own left coat pocket. At some point, he fooled you into looking the wrong way.

One of these arguments involves switching the subject to the philosophical idea of “personhood” when the pro-lifer talks about “human life.” The fact that the unborn child has a human life undermines the pro-choice argument. It’s a hard fact to get around. But “personhood”? People can argue all day about what makes a human being a “person,” and do.

All the pro-choicers have to do is convince you that it’s the central question, and then assert that since no one agrees on the answer, abortion must be legal. They get you looking the wrong way. It’s a good trick. You have to be a serpent to spot it.

Be Serpents — and Doves

Here’s the reason you have to be both. If you’re only a dove, the wolves eat you. And eat people you should protect. If you’re only a serpent, you become a kind of wolf yourself. You’ll eat people, probably thinking you’re doing the right thing. If you live your life both innocent as a dove and wise as a serpent, you will survive among predators without becoming a predator yourself.

David Mills is a senior editor of The Stream. After teaching writing in a seminary, he has been editor of Touchstone and the executive editor of First Things. He edits the site Hour of Our Death. “How to Survive the World’s Predators Without Becoming One Yourself” is a very revised version of Of Doves and Serpents, and Pro-Choice Magic, which appeared in the Human Life Review. You can find his HLR columns here.