Who’s the Best Scrooge? You Could Be. 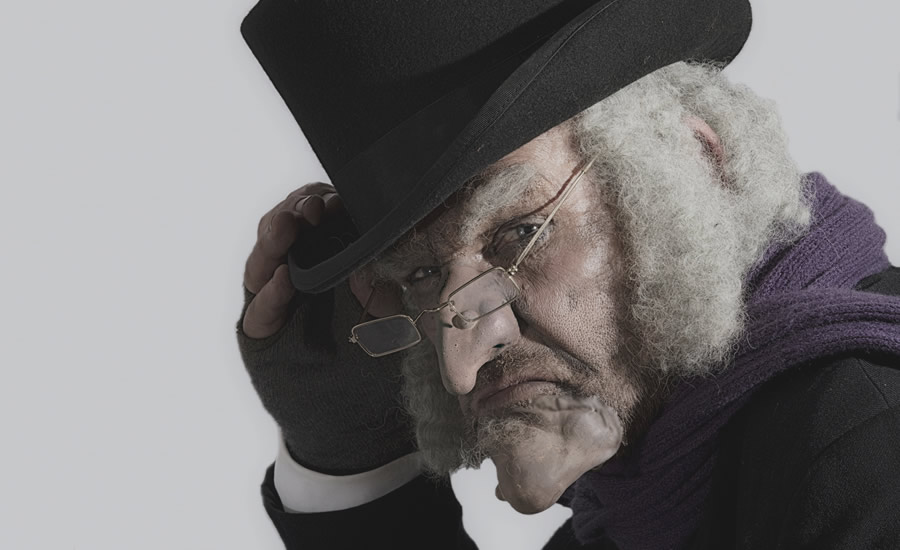 Your tree may be out on the curb, but don’t put Dickens away just yet.

Opinions run the gamut and passions rage around the question: who is the best on-screen Ebenezer Scrooge?

Alastair Sim. Albert Finney. George C. Scott. Patrick Stewart. Generally, those four are the top contenders, and a majority of people insist that Alastair Sim is the ultimate Scrooge.

Say what you will, but my favorite Scrooge is Michael Caine. And in my house, the favorite production of Dickens’ Christmas Carol is “The Muppet Christmas Carol.” This movie is so beloved that you’ll find it rotating through our DVD player year-round.

While watching it tonight with my 5 year-old (who naturally never tires of it — she has good taste), I was struck anew by a particular scene, and awed once again by Scrooge’s character and courage.

The Ghost of Christmas Past has already taken Scrooge back to his painful childhood years, and then to the start of his corruption by the love of money in his early business years, and the loss of his sweetheart thanks to his growing miserliness. Michael Caine’s Scrooge takes all this gut-wrenching reminiscing as bravely as anyone could, and lets us see Scrooge’s tender humanity underneath.

Now he’s with the Ghost of Christmas Present (our favorite ghost). The scene that grabbed me tonight was after Scrooge has had a glimmer of awakening to the joys of Christmas in a scene on the street with the ghost singing to him, “It’s true wherever you find love, it feels like Christmas…” Now Scrooge wants to see more, and he asks to see family.

The ghost takes him to the living room of his nephew, who is gathered for Christmas with wife and friends, and now they’re playing a guessing game. Scrooge is delighted to be watching them and wants to join in their fun.

Fred is thinking of some animal and they must ask questions to figure it out. His wife finally narrows it down. “An unwanted creature but not a rat, a leech, or a cockroach — it’s Ebenezer Scrooge!” The guests roar with laughter as Fred confirms it’s the right answer.

Scrooge’s entire countenance falls to the floor, and his crushed heart is palpable. It’s awful. He’s had it thrown in his face that he is an unwanted creature, worse than a rat, a leech, and a cockroach. His own nephew is laughing at this clever insult. Scrooge cannot escape the knowledge that he is despised by all who know him.

What would you do with such knowledge? How would you and I respond to such a terrible, brutal confrontation? What does one do with the realization that your life to that point has borne such wretched fruit that you are contemptible in the eyes of others?

This is where Scrooge demonstrates a depth of real character and courage that we would do well to stop and contemplate deeply. It’s a simple choice before him. The entire purpose of the three ghostly visitations is to bring Scrooge to this decision point: either change and live, or refuse and die. Scrooge takes every crushing memory, every harsh slap in the face, every brutal insult to heart, and he chooses to change.

He doesn’t nurse his bruised ego. He doesn’t contemplate suicide. He doesn’t become bitter at what he’s lost, and he doesn’t waste a moment blaming anyone else for his troubles. He takes the lashing he received in Fred’s living room and responds with humility, not defensiveness.

While we still have breath, we can change. By God’s grace, we may alter our course and spend ourselves in love and sacrifice.

How many of us can say the same? When confronted with our own wretchedness, do we own it honestly and humbly, or do we stiffen our attitude and harden our hearts? Do we go down the list of everyone else who is at fault for our faults?

Does pride keep us from the courageous decision to amend our lives as Scrooge did? He saw the gifts he had squandered and had the sense to understand that this awful night of knives in his heart was actually a severe mercy. It was redemptive suffering.

A Severe Yet Generous Mercy

Our offenses may be different than Scrooge’s and our hearts hopefully less cold and prickly, but the choice before us is the same as for Scrooge. Own our failings honestly and humbly, and then have courage to amend our lives. Choose to change. Time spent blaming others is time wasted. Days given over to futility and feeling worthless are days thrown away. The answer is to be like Scrooge. While we still have breath, we can change. By God’s grace, we may alter our course and spend ourselves in love and sacrifice.

It is a severe yet generous mercy that each of us is confronted with our own sins while we still have time to repent of them. One day our time on earth will run out. May you and I learn to recognize and welcome those moments when they come to us, even without the benefit of ghostly guides.

Beloved, you are not an unwanted creature. Your misery does not make you unlovable. In Christ, there is fullness of redemption, and new mercy every morning. Yes, even for you.

Who’s the best Scrooge? I’ll take a crack at it today.