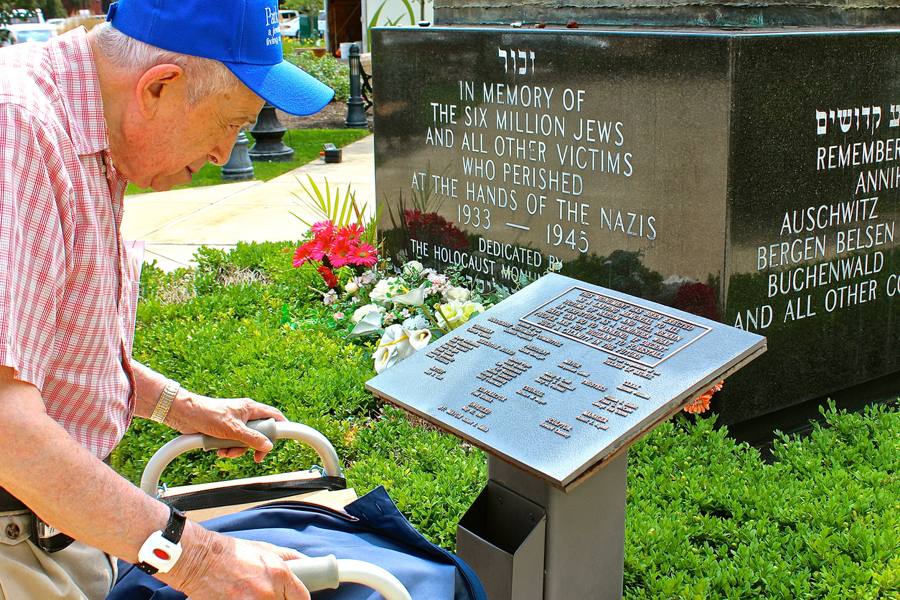 By Richard Weikart Published on February 6, 2022 •

Earlier this week Whoopi Goldberg said the Nazi Holocaust was not about race. The comment may seem wildly misguided. And it is. But she’s not alone. Her comment betrays a widespread misunderstanding about the history of racism.

Her comment probably springs in part from confusion about whether the Jews are a race or a religion.

Up to the about the 1850s, Jews in Europe were usually identified by their religion. Jews who converted to Christianity were usually no longer considered Jews. They were treated as full and equal members of society.

But in the late nineteenth century this changed, as biological determinism gained adherents. This view taught that heredity determined human traits, even behavioral traits. On this view, the racist stereotypes of Jews as greedy, deceitful, and sexually immoral were chalked up to heredity. It was “in their blood.”

German publicist Wilhelm Marr doubled down on this sort of thinking. He proposed what he saw as a more scientific approach to the “Jewish Question.” He argued the Jews were not a religion. Rather, they were a race locked in a “struggle for existence” with Germans. Marr’s idea caught on and influenced large swaths of German society. In time it influenced Hitler and his Nazi colleagues.

“Scientific Racism” and the Jewish People

Also, by the 1890s and early 1900s many biologists and anthropologists promoted scientific racism. Often they focused on disparities between Europeans and black Africans, East Asians, and Native Americans. Many anthropologists also divided Europeans into different racial groups. This is why Hitler thought the Aryan or Nordic race was also superior to other non-Nordic Europeans. (The terms “Aryan” and “Nordic” were used synonymously.)

As I explain in my new book, this malicious brew of scientific racism and anti-Semitism was not the province of some fringe, hare-brained publicists. In Germany—both before and during the Third Reich—these ideas were mainstream among scientists. For instance, Fritz Lenz was one of the leading geneticists in Germany before the Nazis came to power. He integrated anti-Semitism into his co-authored textbook on human genetics. And he was by no means alone.

Hitler embraced this scientific racism and the view that races were locked in an inescapable Darwinian struggle for existence. The “fit” would survive and reproduce. And they would wipe out the “unfit.” Thus Hitler believed he was helping promote evolutionary progress by favoring the supposedly superior Aryans and killing those deemed inferior. Highest on his hit list were Jews. But he also aided the mass murder of myriads of Sinti and Roma (Gypsies), Slavs, and others he saw as racially inferior.

Whatever people today may think about the status of Jews, certainly Hitler and his Nazi comrades considered the Jews a race. For them, killing Jews was all about race. That is why they exterminated people with Jewish grandparents, regardless of whether they were atheists, agnostics, Christians or adherents to Judaism.

We certainly need to push back against Goldberg’s attempt to disconnect the Holocaust from racism. More broadly, we need to counter the widespread misconception that Nazi racism was born from anti-intellectual, fringe sources. No, the Nazis got many of their ideas about race from the mainstream scientific community. Indeed leading scientists were complicit in helping formulate and justify Hitler’s worldview.