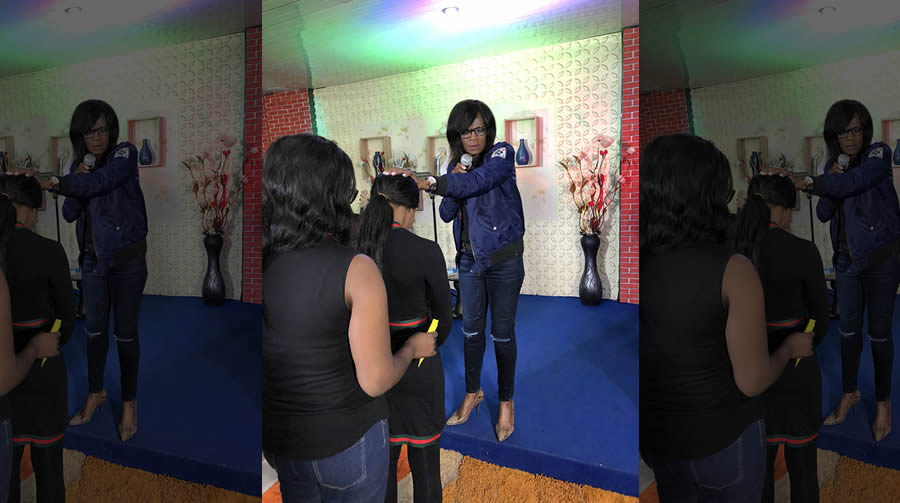 “It breaks my heart. Do you know we have more ex-Christians or Christians leaving the lifestyle going into the homosexual life than there are those coming out? That’s kind of our fault.”

Janet Boynes has a ministry to help people who want to leave the homosexual life. Janet Boynes Ministries “exists to help people get spiritual guidance and be set free from homosexuality and other sexual sins through the power of Jesus Christ.” The ministry also works with pastors so that they can help those in their congregation who struggle with the issue.

One of the Largest Issues

Janet lived for 14 years as a lesbian. After her conversion, God gave her the heart to help others who want to leave homosexuality and other sexual sins in the past.

“Homosexuality is one of the largest issues we are facing in America today,” Janet told The Stream. Kids, young adults and even Gen-Xers hear more about that life from the LGBT community than they hear from Christians. They’re getting pro-LGBT messages from television shows and commercials. “Where are our voices?” she asked.

Janet wrote God and Sexuality: Truth & Relevance Without Compromise for parents and their children. “Parents were reaching out to us constantly,” Janet explained. They asked her to write something for families.

God wants to keep families together. Satan attacks families the most. “If you can divide and separate mom and dad and children, then he wins. He’s done a very good job to be able to twist what God said was good and then make it evil, as he did in the garden with Eve.” If parents don’t speak out against the LGBT agenda pushed on their children,  “we’re going to continue to lose our young adults.”

Even scarier, parental rights are being taken away if they don’t support their kids who say they’re gay or identify as transgender. “LGBT activists are yanking kids away from their parents because they won’t support their bad behavior. They won’t support them transitioning, so now the school is saying, ‘We’re stepping in and we’re going to take your child from you.’ Kindergartners are now being taught about homosexuality.”

Janet questioned why parents don’t fight against the LGBT agenda. They have the power, she said.

Janet also wrote her book to help pastors minister to people within their congregation who are suffering. But pastors aren’t talking about homosexual sin. “We’re already being silenced by the left side,” she advised them. “Don’t help them silence us.”

Why aren’t pastors speaking up about the sin of homosexuality? According to Janet, they’re afraid. “They’re helping the left or the gay community silence us out of their own personal fear” — even though pastors preach on fear regularly. “So where are they today? Stand up and come alongside us. I’m not saying you’re on the front line. God raised certain people up for such a time as this. But let us help you. We’re for you. We want to see people changed.” Janet added that if a senior pastor won’t talk about homosexuality from the pulpit, people won’t know they can change. “They want to know.”

Another reason pastors won’t preach on homosexuality is that they have a lack of knowledge on the subject. Janet spoke with pastors of large churches and small churches. They’re all saying the same thing. “They don’t want to become knowledgeable. They want to try to act as if it’s not there, but they can no longer be silent.”

The issue of homosexuality can no longer be the elephant in the room. Parents and pastors have to talk because too many people are suffering in silence. Janet adds: “We are not helping our families or congregation if we sugarcoat the gospel and water down the truth. We cannot give a false impression that you can be a homosexual and be a follower of Jesus Christ. As the Church, we cannot effectively change the world we are in if we are governed by the ruler of the world, Satan.”

We can make a difference, however. “We can make a difference in the lives of a struggler in our midst if we offer a realistic alternative way out: Jesus Christ. … The Lord has set me free 20 years ago from lesbianism. Not so I can just keep it to myself but to tell others that through His love and power they too can walk in freedom through the power of Jesus Christ.”