When Someone Falsely Calls You a ‘Racist,’ Should You Call Him a Pedophile? 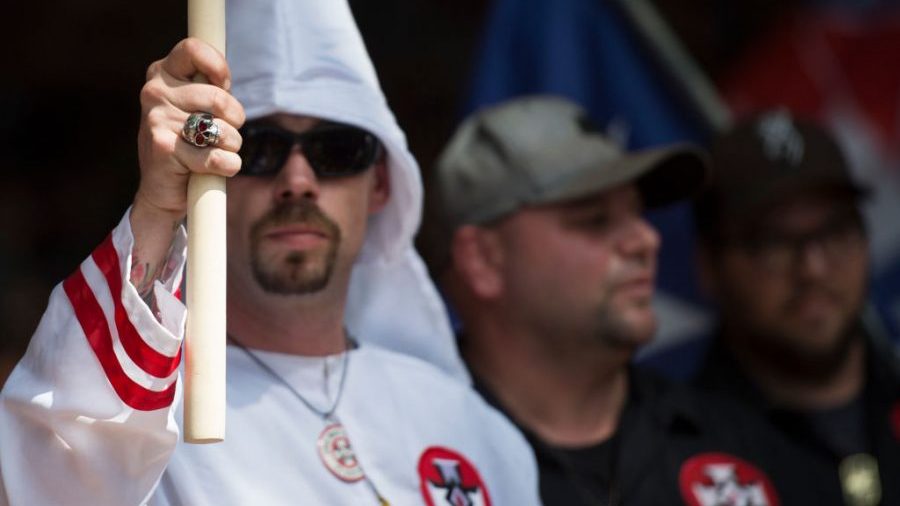 No, that title’s not just clickbait. I want you to think this through. The charge of “racist” is the stick which the worst people on earth have chosen to use in their fight for power.

A new piece at The Washington Post, for instance, tries to tie the pro-life movement to white nationalism. In the effort, the writer wields a staggering array of outright lies, including the claim that the Catholic Church aligned with eugenicists against birth control. Of course, it was the eugenicists of Planned Parenthood who were promoting birth control.

Thanks to our libel laws, the Post has already been forced to issue a correction. The writer had claimed that best-selling author J.D. Vance had expressed fear about the white birthrate. Later the Post had to admit he was talking about the entire American birthrate. Not a small detail, that. Usually the people who conflate “white people” with “all Americans” are … white supremacists. Is the author, Marissa Brostoff, a white supremacist herself?

Loose talk of racism taps into the ugliest aspects of America’s real history. It summons everything, from the seizure, enslavement, rape and torture of Africans, to the lynchings led by the Klan, and police dogs attacking peaceful Civil Rights demonstrators. Then it cheapens all of that, for cynical short-term gain. The goal? To terrify dissenters, both Christian and conservative, with a career-ending accusation. This isn’t a slap on the cheek, so it’s not our duty to turn one.

Abusing such a charge is a kind of sacrilege. It takes something sacred — our genuine moral revulsion at evils like those — and tosses that pearl to swine. To the Gadarene swine, in fact, who are galloping toward the cliff and trying to drag us and our children with them. We know what lies at the bottom of that chasm:

I could go on and on. The worst people on earth. I don’t use those words lightly.

It serves the power-hunger of people with goals like these to see “racism” cheapened into a weapon of mass detraction. And it’s clear how they manage that. It’s a simple bait and switch, using Marxist tactics. Back in the 1920s and 30s, the German Communist party routinely referred to all its rivals as “fascists.” They used that title for everyone, from social democrats who interpreted Karl Marx differently, to Catholic monarchists, and even Zionist Jews. And they refused, steadfastly, to work with any “fascist” to hold back the actual Nazis. So the Nazis came to power.

You’d think they would have learned. But Marxists are forbidden to. They learn nothing and forget nothing, since the sum total of knowledge for them is contained in Marx’s scripture. At best, they make little tweaks, and trundle out the same old bag of tricks with a few new bells and whistles.

The new dog-whistle is to call everything “racist” instead of fascist. No, they don’t mean any of the real things which we could rightly call racist. Such as mystical or biological theories that certain people are inferior, and others superior. Nor Margaret Sanger’s eugenics, which called the children of poor “human weeds.” Nor even cynical tribalism and white identity politics.

Reality Is Fascist and Racist Too

No. The new Marxist meaning of “racism,” which gets pumped into our heads by every duct from public schools to Catholic bishops’ press releases, is very, very different. It amounts to something more like this: Any participation in or endorsement of a society that produces different results for people of different races. No, your motives need not be racist. Your laws could forbid discrimination. They might even bend over backwards into unfair racial quotas to try to engineer equal outcomes. That doesn’t matter.

Just as the German Communists labeled as “fascist” anything that held back Marx’s Utopia, today’s “anti-racists” call “racist” anything that doesn’t foster flat, absolute equality. Which is, of course, as implausible as Marx’s Communist Happyland. Reality itself is by that standard both fascist and racist. So much the worse for reality, then.

Time to Turn the Tables

Now that we know what such people really mean when they call us “racist,” perhaps it’s time to turn it around. What if we threw back the equally career-ending charge of “pedophile”? Of course, our enemy will vigorously deny it, just as we denied being “racists.” We can double down just as they did.

In other words, they’re a whole lot closer to being actual pedophiles than we are to being racists.

I don’t know if doing this would work. I do know that leftists never back down from any tactic until it blows up in their faces. Maybe, just maybe, a few miles of walking in our moccasins would teach them the danger of cheapening grave charges for rank political gain. Maybe not. Is it worth a try?

How to Get Away with Running a Hate Campaign