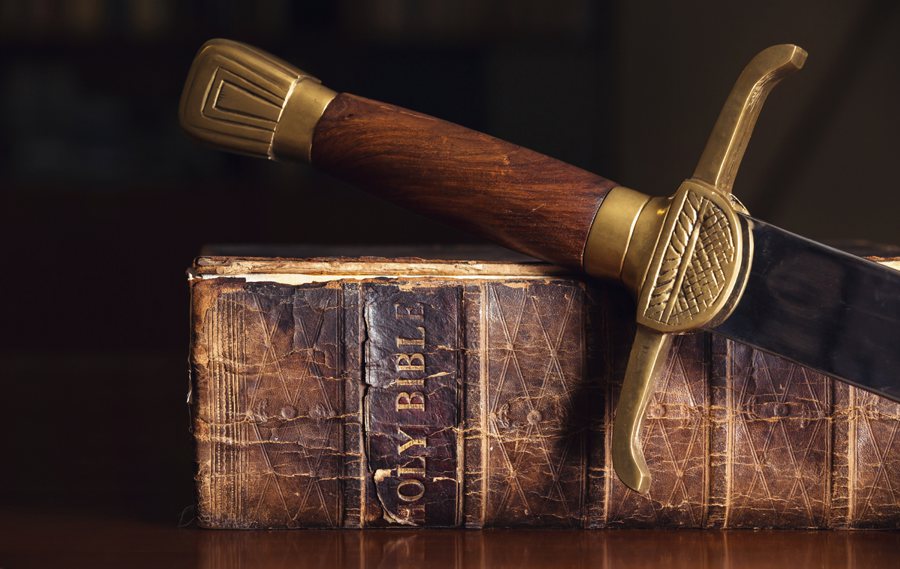 More and more the cause of Christ here in the West is ridiculed and maligned by forces that promote evil. God’s moral precepts are met with derision and rebellion. The enemy wins one battle after another. God’s people are increasingly filled with anguish over issues of morality, disturbed that the state is taxing them to support such atrocities, or even forcing them to participate.

The nation was visited by a great darkness when the Supreme Court declared (in essence) that innocent, living human beings in the mother’s womb may be killed up to the moment of birth. It’s reminiscent of child sacrifice at the altar of Molech in ancient times. Then, babies were burned to death. Today, they’re torn limb from limb while furiously trying to escape the abortionist’s forceps. Babies can feel pain as early as 8 weeks into the pregnancy, so even with saline abortions the child writhes in suffering, usually without the mercy of a painkiller.

Children who escape the risk of abortion are targeted with perversion. They get lessons on it at school. They’re groomed by the culture to embrace all manner of immorality as normal. They’re taught how to do it themselves.

Entropy has its effect in society, too. The situation will get worse unless the people of God exert energy to turn it around.

Pornography having been essentially legalized, any 5 year-old can see the worst perversions ever conceived by man. We have exposed our children to great harm just to satisfy our lusts. We’ve even endorsed immorality by imagining that things formerly and universally recognized as unlawful and immoral should be celebrated as “marriage.”

None of this has escaped the gaze of a holy God!

The World We Live In

Entropy has its effect in society, too. The situation will get worse unless the people of God exert energy to turn it around. But we face an onslaught of legal measures to silence our voices and block any attempt to help those who want freedom from the grip of immorality.

“In the past, God overlooked such ignorance, but now He commands all people everywhere to repent. For He has set a day when He will judge the world with justice by the man [Jesus Christ] He has appointed.” (Acts 17:30-31a)

The courts have redefined marriage, and there is hell to pay for anyone who resists this new definition.

Because of your stubbornness and your unrepentant heart, you are storing up wrath against yourself for the day of God’s wrath, when His righteous judgment will be revealed. God will give to each person according to what he has done. … For those who are self-seeking and who reject the truth and follow evil, there will be wrath and anger. (Romans 2:5-6, 8)

Governments have begun forcing everyone, (on penalty of fines and imprisonment) to refer to people by the pronoun that they “identify as,” regardless of biological reality. Many trans and gay activists even oppose this insanity. But the juggernaut of evil and rebellion against God keeps rolling. God intended our sexuality to reflect His image, and to be a picture of the relationship between Christ and His Church. Satan is having a field day defacing that image.

The Church is Being Affected Too

Most disturbing of all, our churches have been infiltrated by rampant immorality in all its forms. They’ve even begun calling evil good.

Pastors and ministry leaders continue departing from the faith, as the Lord winnows those “who (have gone) out from us so that it might be seen that they were never really of us” (Matthew 3:12; 1 John 2:19).

So as one who works in ministry to sexually broken people, I have to ask whether there’s hope. It’s disillusioning. It could be overwhelming.

The Apostle Paul sought to comfort the believers of his day by writing:

“Let us not become weary in doing good, for at the proper time we will reap a harvest if we do not give up.” (Galatians 6:9)

Throughout Scripture (particularly among the Old Testament prophets), God has called us not only to win the lost and make disciples, but also to bear witness to the truth. We’re to speak it even to those who refuse to repent, even as we tell them of God’s impending judgment. Our prophetic message is a part, I believe, of establishing the justice of God’s final judgment against those who refuse to listen and repent.

“Therefore my dear brothers, stand firm. Let nothing move you. Always give yourselves fully to the work of the Lord, because you know that your labor in the Lord is not in vain.” (1 Corinthians 15:58)

No matter what the outcome!

So let us turn to God’s Word for sustenance:

Here is your God! Behold, the Lord God will come with might, with His arm ruling for Him. Behold, His reward is with Him and His recompense before Him. …

Do you not know? Have you not heard? Has it not been declared to you from the beginning? Have you not understood from the foundations of the earth? It is He who sits above the circle of the earth, and its inhabitants are like grasshoppers, who stretches out the heavens like a curtain and spreads them out like a tent to dwell in.

“To whom then will you liken Me that I would be His equal?” says the Holy One. Lift up your eyes on high and see who has created these stars, the One who leads forth their host by number, He calls them all by name; because of the greatness of His might and the strength of His power, not one of them is missing.

Why do you say, O Jacob, and assert, O Israel, “My way is hidden from the Lord, and the justice due me escapes the notice of my God?”

Do you not know? Have you not heard? The Everlasting God, the Lord, the Creator of the ends of the earth does not become weary or tired. His understanding is inscrutable. He gives strength to the weary, and to him who lacks might He increases power.

Though youths grow weary and tired, and vigorous young men stumble badly, yet those who wait for the Lord will gain new strength; they will mount up with wings like eagles, they will run and not get tired, they will walk and not become weary. (Isaiah 40:9b-10, 21-31, NASB)

Dr. David Kyle Foster (M-Div, Trinity Evangelical Divinity School; D-Min, Trinity School for Ministry) is the author of Transformed Into His Image and Love Hunger and is the founder/director of Pure Passion Media (www.PurePassion.us). Read more of his take on sexual sin and brokenness in his newest book, The Sexual Healing Reference Edition.