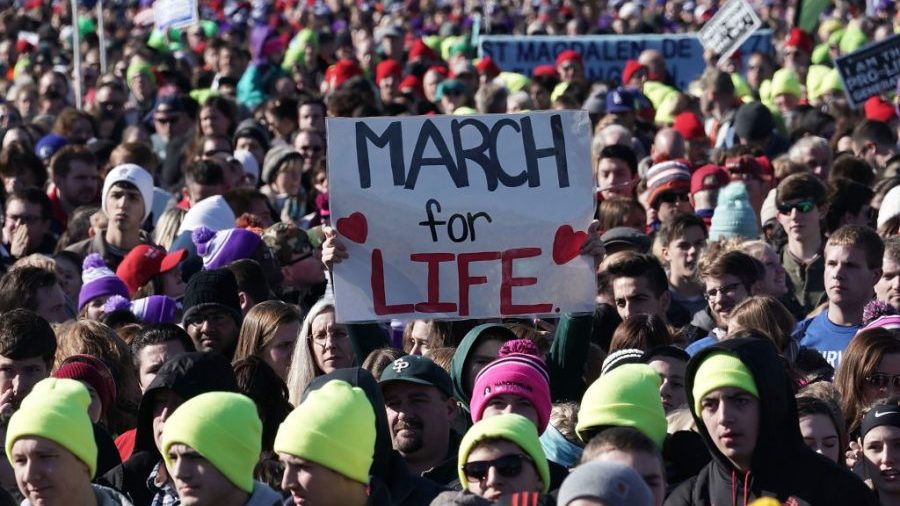 How did the cause for life fare in 2018? The most recent study by the Centers for Disease Control (CDC) of abortion in the U.S. shows that abortion rates are the lowest they’ve been since Roe v. Wade. States are passing stiffer laws surrounding abortion, pro-life judges have been appointed to the Supreme Court and other courts and pro-life politicians have been elected to office.

Here a thorough look at 2018’s victories and losses in the pro-life movement.

Abortion and the States

Arkansas effectively banned medication abortions. Arkansas adopted a law requiring health care facilities that administer medication abortions to contract with a physician who has hospital admittance privileges. The problem? Planned Parenthood couldn’t find a single doctor who would sign the contract. Planned Parenthood EVP Dawn Laguens wasn’t happy about it. “Arkansas is now shamefully responsible for being the first state to ban medication abortion,” Laguens said last May. “This dangerous law also immediately ends access to safe, legal abortion at all but one health center in the state.” The Supreme Court declined to hear the challenge to the new law. This means the 8th Circuit’s order remanding the case to a lower court for further findings of fact will stand.

Last May Republican Governor Kim Reynolds signed a measure into law that bans all abortions after a fetal heartbeat is detected, according to The Daily Caller News Foundation. A fetal heartbeat can be detected as early as six weeks’ gestation.

In May, Governor John Bel Edwards signed a bill that prohibits abortions after 15 weeks’ gestation. The law does not make exceptions for rape or incest. Bill sponsor State Sen. John Milkovich is a Democrat. “For us to rank at the top nationally among states who protect the lives of the unborn, I think that’s a harbinger of blessing for our state,” said Milkovich.

Republican Governor Pete Ricketts signed a budget bill in April. The bill prohibited any organization that provided abortion services or abortion counseling from using Title X dollars. Title X is “a federal grant program for preventative and family planning health services,” according to The Daily Caller News Foundation. In an April 4 tweet, Gov. Ricketts said the new budget language would ensure that “Title X taxpayer dollars do not fund abortion services, including abortion referrals, at any clinic in Nebraska.”

Today, I signed new #prolife budget language into law. This provision ensures that Title X taxpayer dollars do not fund abortion services, including abortion referrals, at any clinic in Nebraska.

Governor John Kasich signed a bill into law last month that prohibits dilation and evacuation abortions. Dilation and evacuation, or D&E abortions, remove the fetus from the mother by cutting it up and pulling it out piece by piece. The law makes an exception for D&E abortions if the life of the mother is in danger. However, it does not provide an exception for victims of incest or rape. Right to Life President Mike Gonidakis was happy. “Ohioans can sleep easier tonight, knowing that the horrendous practice of dismemberment abortions is behind us,” Gonidakis told Fox 31 News.

According to the Susan B. Anthony List (SBA), President Trump is the most “pro-life” president ever. Here’s SBA’s list of President Trump’s pro-life actions in 2018:

Abortion and the Courts

A federal judge in California has permanently barred enforcement of the state’s Reproductive FACT Act. The measure would have forced pregnancy centers to share information about abortion to expecting mothers. Alliance Defending Freedom’s Michael Farris is pleased. “The government has no business forcing anyone to express a message that violates their convictions, especially on deeply divisive subjects such as abortion.”

The National Institute of Family Life Advocates (NIFLA) provides legal counsel, education and training for women in crisis pregnancies. NIFLA tweeted about the win. “We are thrilled to announce that the Supreme Court rules in our favor this morning with a 5-4 decision. Praise God, and thank you for all of your prayers. The Supreme Court has spoken to #GiveFreeSpeechLife. #SCOTUS #NIFLAvBacerra #Pro-Life.”

We are thrilled to announce that the Supreme Court ruled in our favor this morning with a 5-4 decision. Praise God, and thank you for all of your prayers. The Supreme Court has spoken to #GiveFreeSpeechLife. #SCOTUS #NIFLAvBecerra #ProLife

Alliance Defending Freedom (ADF) also represented two universities that challenged a mandate that they must provide the abortion pill, as well as birth control and other family planning information, on campus. The two universities were Christian schools. Cornerstone University in Grand Rapids, Michigan and Dordt College in Sioux City, Iowa filed a lawsuit against the federal government in 2013. U.S. District Court Judge Mark W. Bennett ruled in June that the mandate was unconstitutional as it violated the religious rights of the two universities.

A federal judge blocked Mississippi’s new abortion law forbidding abortions after 15 weeks. Governor Phil Bryant signed H.B. 1510 into law in March, but the state’s only abortion clinic immediately sued. U.S. District Judge Carlton Reeves initially issued a temporary restraining order so a woman who had a scheduled abortion could go through with it before the law went into effect. In November, Judge Reeves struck down the law because he stated that it was an unconstitutional ban on abortions prior to viability of the infant.

In June, a federal judge denied Planned Parenthood’s request to block Missouri’s new abortion regulations. The abortion giant argued that the regulations kept it from getting approval from the state health department to provide medical abortions to women in Columbia and Springfield, The Associated Press reported. The regulations required Planned Parenthood to contract with at least two doctors who have admitting privileges at local hospitals. The doctors must be “on call” at all times to deal with any abortion complications. U.S. District Judge Beth Phillips wrote in her ruling that the requirement was not unconstitutional.

The Center for Medical Progress investigative journalist David Daleiden got video proof of Planned Parenthood’s illegal selling of baby body parts. In the video, Planned Parenthood abortionists and their affiliates haggled over the prices of hearts, livers and kidneys of tiny babies. A Planned Parenthood proxy — National Abortion Federation — filed a lawsuit against Daleiden over the videos. While much of the footage has been released, Daleidan says he’s been blocked from releasing the “most damning” footage of all. And who is blocking him? The pro-abortion judge on his case who himself had opened a Planned Parenthood.

Daleiden recently filed three motions to throw out the federal lawsuit and preliminary gag order on the remaining video footage. Last month, CMP filed a Brief of Appellants in the U.S. Court of Appeals for the Ninth Circuit. According to a statement by CMP, Daleiden and CMP are “arguing for the total dissolution of Judge William Orrick III’s preliminary injunction against the videos, and for the speech-suppressing lawsuit brought by the Planned Parenthood-sponsored National Abortion Federation to be thrown out of federal court.”

While Democrats gained control of the U.S. House of Representatives, the Republicans still control the Senate.

Abortion Around the World

Argentina’s senate in August rejected a bill that would have permitted abortion up to 14 weeks’ gestation. The bill, had it become law, would have allowed abortion after 14 weeks in cases of rape or if the mother’s health is in danger. It also would have forced Catholic hospitals to perform abortions. There would have been exceptions only for individual objectors.

Ireland voted for abortion in 2018, repealing the eighth amendment to its constitution. Prime Minister Leo Varadkar said some individual objectors will be able to opt out, but hospitals will not. “It will not, however, be possible for publicly-funded hospitals, no matter who their patron or owner is, to opt out of providing these necessary services, which will be legal in this state once this legislation is passed by the Dáil and Seanad (senate).”

The forces for life scored some major victories in 2018, and suffered some setbacks. And as we are grateful for the continued drop in the U.S. abortion rate, and advances of the pro-life cause, The Stream will continue to report on worldwide efforts to rid the earth of the abortion scourge.