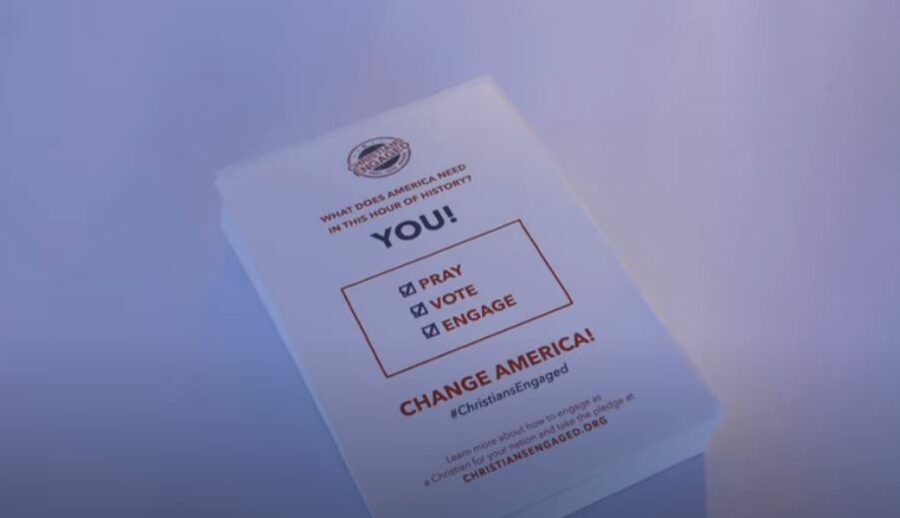 Look out. The IRS is back in the targeting business. And “Pray. Vote. Engage” is partisan.

An IRS official has denied Texas-based religious organization Christians Engaged tax-exempt status. Christians Engaged is non-partisan group that exists to educate and empower Christians to pray for our nation and elected officials (regardless of party), vote and be civically engaged.

However, Stephen A. Martin, the Director of the IRS Office of Exempt Organizations Rulings and Agreements, claims the biblical principles the organization pushes are “typically affiliated” with the Republican party and Republican candidates.

“Specifically, you educate Christians on what the Bible says in areas where they can be instrumental, including the areas of sanctity of life, the definition of marriage, biblical justice, freedom of speech, defense, and borders and immigration, U.S. and Israel relations,” he wrote.

“The Bible teachings are typically affiliated with the [Republican] party and candidates. This disqualifies you from exemption under lRS Section 50I(c)(3).”

Christians Engaged President Bunni Pounds said in a statement, “We just want to encourage more people to vote and participate in the political process. How can anyone be against that?”

Let’s look at it another way. According to Joe Biden’s IRS, the Democratic Party no longer supports:

Lea Patterson, counsel for First Liberty put it this way: The IRS “in an official letter” states “Biblical values are exclusively Republican.”

“That might be news to President Biden, who is often described as basing his political ideology on his religious beliefs,” added Patterson. “Only a politicized IRS could see Americans who pray for their nation, vote in every election, and work to engage others in the political process as a threat.

And there in lies the rub. As Board Member Ian Stagemen says in the Christians Engaged launch video. “If Christians pray, vote and engage there will be a revival in our nation.”

The last thing the liberals in the IRS …. and throughout the Swamp … want is a nation turned to God rather than government. And given which party lives for big government, the question for the IRS is, “Who’s the one being partisan?”

Coincidentally, The Stream had a column from Christians Engaged president Bunni Pounds set to publish last evening. It’s called “Why Don’t I Ruin Our Graduation by Demanding More Dead Babies!” In it, a pro-life fellow grad responds to the valedictorian who hijacked her commencement ceremony.

When It Hurts So Bad You Can’t Stand It