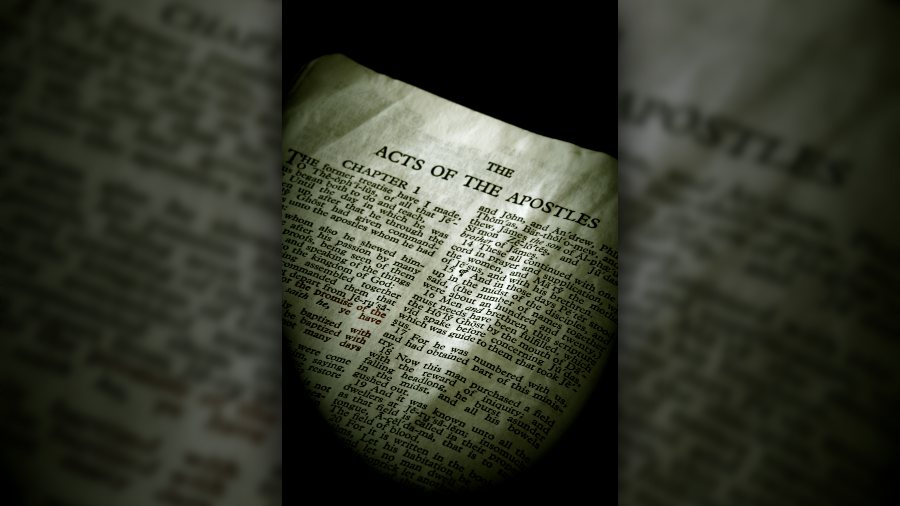 By Guillermo Gonzalez Published on February 27, 2021 •

New Testament scholars debate when the Gospels, Acts and Epistles were written, with skeptics contending that they came late. With the Gospels in particular, later writing would mean more chance for myth, legend and “theology” to be mixed in along with true reports of Jesus.

The Time Setting of Acts

In the first part of this series, I looked back at how scholars’ views on it have varied over the past 200 years or so. F. C. Baur (1792-1860) of the University of Tübingen dated the book of Acts to the mid second century. Such a late date would mean we couldn’t trust Acts as a reliable source of history from the first century. Any kernel of truth of actual events, places and people would have been distorted by decades of editing and fabrication.

To be fair, Baur had less data to work with than we do today. Most cities mentioned in Acts still had no known location. It wasn’t until late in the 1800s that Oxford archeologist and New Testament scholar Sir William M. Ramsay began work in Asia Minor (modern day Turkey) and discovered evidence for many of them.

Ramsay had been schooled under the liberal Tübingen theologians, and he had fully expected to show that Acts was not historical. The facts forced him to change his mind. Ramsay wrote in 1915,

I set out to look for truth on the borderland where Greece and Asia meet, and found it there [in Acts]. You may press the words of Luke in a degree beyond any other historian’s and they stand the keenest scrutiny and the hardest treatment.

As a result of his findings he converted to Christianity.

Details Point to the Mid-First Century

Additional research over the past century has continued to build on Ramsay’s discoveries. J. White minces no words about the proper time setting of Acts. He wrote,

One of the most striking aspects of the Acts record is how many of its political and social details belong to the middle of the first century, and to that era alone. Nor is it the number of mid-first century details that is impressive, but the fact that these details reflect the very different political and social realities found in the different Roman provinces and cities. There are dozens of these details in Acts and they are all historically accurate.

The skeptic might say, “OK, you’ve convinced me that Acts describes places, politics and social customs from the first century accurately. But, couldn’t its author have copied these details from other sources decades later? I can write a fictional travel account and get the details right, without ever leaving my home.”

Yes we can do that in the present day. We have vast information available at our fingertips. That was not the case 2000 years ago. Books were very expensive. Travel “brochures” could not have been common, if they existed at all. A wealthy writer might have owned a few books. Let’s be generous and give our hypothetical second century creative writer a copy of the works of Josephus, the first-century Jewish historian. He wrote many details about political leaders, cities, wars and Jewish life in the Mediterranean region. It wouldn’t be enough. Acts includes many more details not found in Josephus. What’s more, Colin Hemer opines, inconsequential details are “hard to explain except as vivid experiences recalled at no great distance.” (p. 389)

Pinning Down the Date

So the evidence points to Acts being written in the middle of the first century. That still covers several decades, though. Can we do better? Yes, we can. There are powerful negative clues that restrict the range further.

Four sources for the dating of Acts.

The most authoritative and scholarly study is C. J. Hemer’s The Book of Acts in the Setting of Hellenistic History (1987). See also A. Steinmann’s From Abraham to Paul (2011) and J. Akin’s The Bible is a Catholic Book (2019). For a quicker read, go to J. White’s Evidence & Paul’s Journeys: An Historical Investigation into the Travels of the Apostle Paul (2001).

Acts is silent regarding several highly relevant events. At the top of the list is the lack of any mention of the destruction of Jerusalem and its temple in 70 AD. Jerusalem is central to Luke’s narrative in Acts. It is simply unthinkable that he would have failed to mention its destruction, if it had already happened. After all, he mentions the much less significant expulsion of Jews from Rome by Claudius (Acts 18:2).

Luke speaks of the Temple multiple times, always as a functioning structure and institution. In his first volume, the Gospel of Luke, he recounts Jesus’ prediction of the Temple’s destruction (21:6). It’s also mentioned in Matthew 24 and Mark 13. Surely, if Jesus’ prophecy had been fulfilled when he wrote, he would have been motivated to mention it.

Liberal New Testament scholars turn Jesus’ prophecy on its head. Rejecting even the possibility of prophecy, they argue that the Gospels must have been written late. Their authors only made it appear that Jesus had predicted the Temple’s demise. They put words in his mouth that he never spoke. Seriously, this is a large part of the argument against early dates for the composition of Acts and the Gospels.

This still leaves us with questions, though. If the liberals are right, why don’t Jesus’ predictions of the Temple’s destruction more closely parallel the accounts in Josephus, detailing more of the horrors inflicted on the Jews?

Furthermore, you’d think Luke would have mentioned the deaths of James the brother of Jesus (62 AD), Peter (~64 AD) and especially Paul (~65 AD). He mentions the deaths of lesser Christian leaders: Stephen (Acts 7:57-59) and James the brother of John (Acts 12:2). But Acts ends rather abruptly with Paul still living. Neither is there any mention of Nero’s persecution (started in 62 AD), nor of the Roman-Jewish war (started in 66 AD). The obvious conclusion is that Acts was written before any of these highly relevant events took place.

We can be even more specific. The most important chronological anchor point in Acts is Paul’s trial before the Roman Proconsul, Gallio, in Corinth (18:5-12). An inscription found at the temple of Apollo at Delphi in Greece about a century ago informs us that Gallio served as Proconsul there in 52 AD. Roman Proconsuls typically served for only one year. Therefore that trial must have taken place that year. From this we can establish the dates of many other events in Paul’s travels described in Acts.

And the Answer is …

With all this taken into account, the most recent scholarship says Acts was completed in 60 AD, or, for the more skeptical, 62 AD at the latest. This is within three decades or so of Jesus’ crucifixion and resurrection, and well within the lifetimes of many of the eyewitnesses.

What does this mean for the rest of the New Testament? Does dating Acts help with dating the Gospels or the epistles? It does, but I will address those questions later as I continue this series in future installments.