We’ve Seen the Saucers — But What Are They? 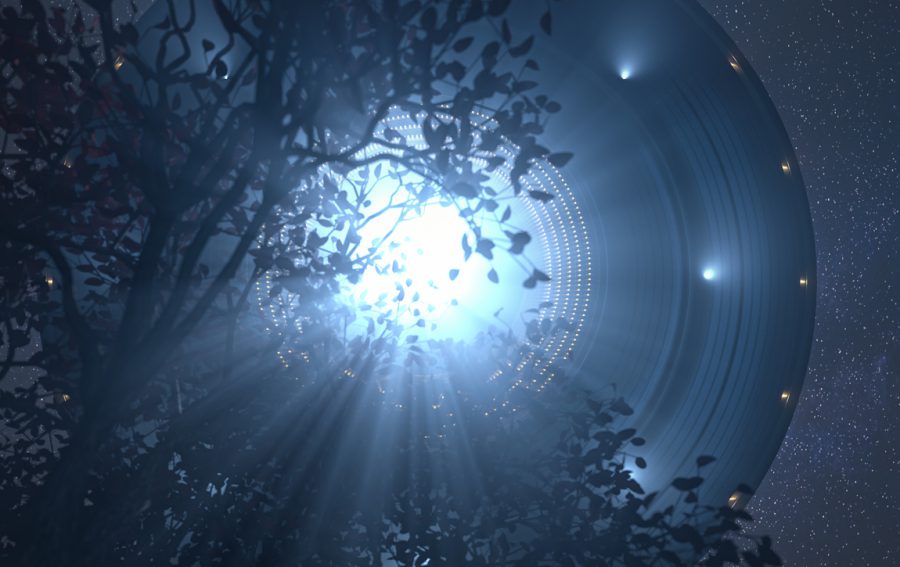 I haven’t seen the saucers myself, as Elton John sang about back in the 70s. But like many Americans I have seen the video clips of UFOs shadowing our Navy, and know about Roswell, Project BLUE BOOK and alleged alien abductions. (I’m also fond of The X-Files. But not Ancient Aliens. And have been reading science fiction for decades.) Sometime later this month the US Department of Defense will release a report on UFOs. Or as they have been rebranded, UAP: “Unidentified Aerial Phenomena.” The ramifications could be out-of-this-world. Hopefully good. But that remains to be seen.

In recent years the fictional role of Fox Mulder has been taken over by the real-life Luis Elizondo. This Army veteran has claimed, in many TV specials and interviews, to have headed the DoD’s Advanced Aerospace Threat Identification Program. AATIP certainly existed, as former Senator Harry Reid (D-NV) has testified. Elizondo’s credibility, however, has been questioned. Still, he remains the major current source of information on the UFO/UAP issue. “UFOs are real,” according to Elizondo. (Nick Pope, who worked in a similar position in the UK Ministry of Defence, agrees.) And they have five defining characteristics. Instant acceleration. Ludicrous speeds. They are impossible to pin down, visually or otherwise. Ability to travel through air, water, or the vacuum of space. And having no apparent means of propulsion.

So What Are They?

So what are these UFOs/UAP? I can think of seven possibilities. Are they a hoax? Only if the government and much of the population are in on it, and have been since at least 1947. Could these inexplicably advanced objects be a super-secret US government program? Do we have men in black whose inventions are unknown even to our own military? Highly unlikely. These craft are just too sophisticated. The same applies to the possibility of them being Russian or Chinese. And if they were, Americans would be goose-stepping and/or learning Mandarin by now.

The next two theories are too far-fetched: interdimensional or time travelers. As much as I like both those hoary sci-fi tropes, there is no scientific data that moving across dimensions, or time, is possible. We do know space travel is, however. Even across interstellar distances, given sufficient time. Way back in the late 1950s the nuclear-bomb powered Orion ship was proposed. It could, theoretically at least, reach Alpha Centauri in less than 50 years. So there’s a way, if not the will. But perhaps aliens don’t lack the latter. And have better types of the former.

Perhaps Jesus’ words “I have other sheep that are not of this fold” (John 10:16) didn’t apply just to Gentiles.

UFOs/UAP Are Most Likely Alien Craft

Last fall SETI (Search for Extra-terrestrial Life Institute) announced that our Milky Way Galaxy contains 300 million “potentially habitable” planets. So far nearly 3,000 exoplanets (ones in other solar systems) have been found. Several hundred of those are in the habitable zone (that is, where water could be liquid). And remember that our galaxy, with its 100 billion stars, is but one of billions of galaxies. Why God would create all those worlds, and life only on this small rocky ball, is quite hard — virtually impossible — to fathom. Perhaps Jesus’ words “I have other sheep that are not of this fold” (John 10:16) didn’t apply just to Gentiles.

Ockham’s Razor seems, then, to cut away all the materialist possibilities but aliens. However, what of the supernatural? Specifically, demons? I have seen that explanation advanced by some (mostly Evangelical) Christians on social media. Both Elizondo and Pope have said that some in the US and UK governments held that UAP were “Satanic” and therefore should not be investigated. Hey, Elton and Bernie Taupin prophesized this in 1974: “tune in, wouldn’t it something/rumors spreading into panic/I’ve seen movements, in the clearing/someone sent you something Satanic.”

But…I just don’t buy it. Demons are no doubt real. Jesus and the early Church dealt with them frequently. So too do modern churches, especially the Catholic one. But there is no biblical data that supports Satan’s minions appearing as flying triangles, “Tic Tacs,” or pulsing lights. Much less showing an affinity for human nuclear facilities.

Furthermore, the late Dr. M. Scott Peck made a brilliant observation in his disturbing book People of the Lie. One quite relevant here. That Satan, and his henchmen, have two huge blind spots. They don’t understand love. And they are blinded by science. “Science is an antinarcissistic phenomenon. It assumes a profound human tendency to self-deception [and] employs the scientific method to counteract it…. Satan cannot understand why any beings would not want to deceive themselves…. [Satan] basically finds human science incomprehensible” (pp. 208-09). So infernal forces are neither manifesting as corporeal UAP, nor building them.

The odds, then, are that UFOs/UAP are, indeed, from outside our solar system. I would venture that they are robotic of some kind, as nothing biological could withstand the G-forces involved in instant acceleration to very high speeds. Perhaps they have been sent from an alien civilization and programmed to sniff out whether the indigenous life forms have developed nuclear weapons. Whether for the protection of their ambassadors, or their soldiers, remains to be seen.

I am currently re-reading a masterpiece of the hostile aliens genre. Footfall, by Larry Niven and Jerry Pournelle (which Independence Day, eight years later, largely ripped off). Right before the aliens arrived and began attacking, several religious leaders were discussing what first contact might mean. A Catholic Archbishop pointed out “the Resurrection took place in our history, and no alien ship will change that.” That holds true for the real world, as well. But God has let his people suffer, both the Jewish and Christian ones. Christ was the Savior even when Mongols and Muslims conquered those who believed in Him, killing millions.

The same will be true should aliens arrive in force, and turn out to be hostile. But that doesn’t mean things might not go very badly. God willing, the leaders and nations of the world, once the UFO/UAP report is released, will work together against a possible threat. That Ronald Reagan will be proved right (again). The alternative might be living in the world of President Whitmore’s cinematic speech from Independence Day. Let’s hope and pray that doesn’t come to pass.

Timothy Furnish holds a PhD in Islamic, World and African history from Ohio State University and a MA in Theology from Concordia Seminary. He is a former U.S. Army Arabic linguist and, later, civilian consultant to U.S. Special Operations Command. He’s the author of books on the Middle East and Middle-earth, a history professor and sometime media opiner (as, for example, on Fox News Channel’s War Stories: Fighting ISIS).

The Woke Cult Kills Everything, Even Science Fiction

Aliens and Religion: Life on Mars and Beyond?