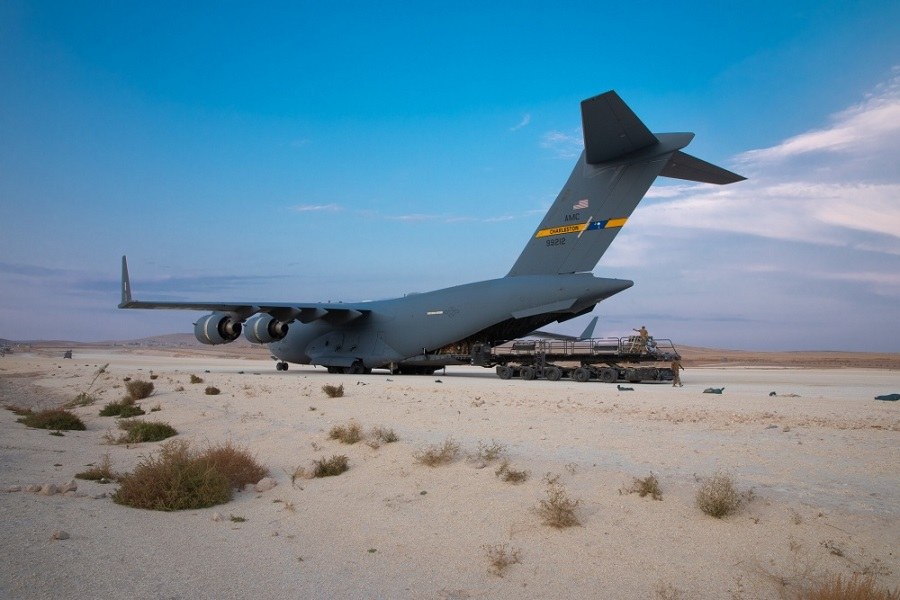 A Tunner 60K aircraft loads ammunition onto a C-17 at the Kobani Landing Zone in Syria on October 21, 2019.

U.S. troops who were pulled out of Syria by President Trump will spend the next four weeks in Iraq, according to the Military Times.

The report said that Iraqi Defense Minister Najah al-Shammar imposed what is essentially a one-month limit on the presence of American troops leaving Syria during a meeting with Trump’s new Defense Secretary, Mark Esper.

“But the aim isn’t to stay in Iraq interminably; the aim is to pull our soldiers out and eventually get them back home,” Esper said to reporters on Tuesday.

Some American service members aren’t coming home or leaving Syria at all. “Hundreds” of U.S. troops will reportedly be stationed in Syria for months or even years to come in order to guard oil fields.

.@LucasFoxNews reports Pentagon “likely” to send tanks and armored units to eastern Syria to protect the oil fields. The tanks will come from unit already in Mideast. This would require hundreds of additional US troops to Syria, US officials.

While Wednesday’s news of what the Trump administration hopes will be a “permanent” ceasefire in northern Syria between Turkey and the Kurds was hopeful, U.S. troops have already paid the price for what was clearly an impulsive initial decision by their commander-in-chief to withdraw. Like many Americans, I was sickened to see armored U.S. military vehicles being pelted with rocks and vegetables as they exited Syria earlier this week.

If the above images had such a profound impact on an ordinary civilian like me, I can’t imagine what valiant American heroes who once fought side-by-side with the Kurds must be feeling right now. Regardless of the final outcome in Syria, things didn’t have to be this way. There was simply no valid reason to fracture the longtime U.S. alliance with the Kurds, who sustained heavy losses during both the war in Iraq and the ongoing struggle against ISIS.

Please continue to pray for the safety of the Kurdish people — especially the children — and all U.S. troops serving in the Middle East, as well as their families here at home.

Another Military Times story said the U.S. military has dropped “122 tons of supplies” over the past year in Afghanistan, where American troops have been fighting non-stop since 2001.

There are currently about 13,000 U.S. service members still serving in the war zone, according to the report. Twenty-one Americans have made the ultimate sacrifice in Afghanistan so far this year, according to icasualties.org. Thankfully, the Pentagon has not reported any U.S. casualties there so far this month. Let us all hope and pray it stays that way.

U.S. Navy sailors aboard the fast attack submarine USS Springfield have returned to Pearl Harbor after being separated from their loved ones for several months. A U.S. Navy sailor assigned to the USS Springfield hugs his family after the submarine’s arrival at Joint Base Pearl Harbor-Hickam in Hawaii on October 21, 2019.

Welcome back and thank you for your service, heroes!