This Week at War: Pray for Our Troops 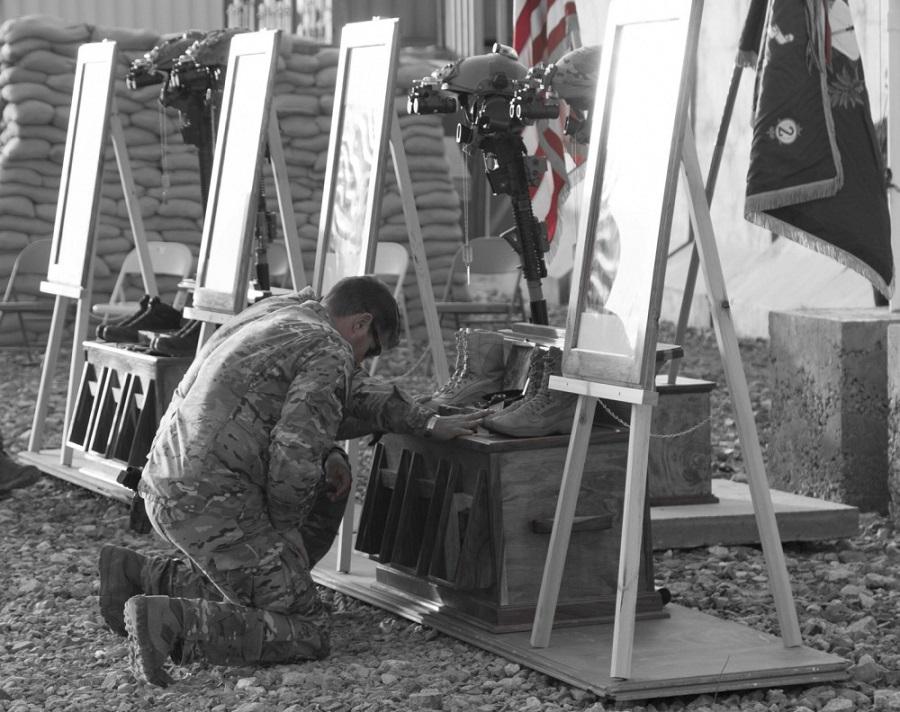 American soldiers at war in eastern Afghanistan recently came together to honor, remember and pray for four fallen heroes and their families.

The above image, captured by Staff Sgt. Shaiyla Hakeem, is a powerful reminder of the life and death reality that thousands of troops in Afghanistan face on a daily basis. The grave threat posed by terrorist groups in Afghanistan was underscored by Tuesday’s deadly suicide bombing in Kabul.

We should not only pray for the grieving Ross, Emond, McClary and Elchin families, but for the men and women in uniform still risking their lives on the battlefield where four valiant warriors just made the ultimate sacrifice. We are eternally grateful for their selfless bravery.

It’s been a while since the last update from Iraq and Syria, where a new bill just signed into law by President Trump aims to protect religious minorities, including Christians, from the murderous ideology of ISIS. At this hour, thousands of U.S. troops are still taking the fight to the terrorist group in both countries.

According to the latest Department of Defense airstrike report, there were 39 strikes conducted against ISIS in Syria on this past Saturday alone. One strike in Hajin “engaged 10 ISIS tactical units, and destroyed 21 fighting positions,” according to the Pentagon.

In Iraq, the last reported strike was on December 3 near Sulayman Bek, when coalition forces “engaged three tactical units” and “destroyed two buildings.” In all, the Pentagon said there were 251 combined strikes in Syria and Iraq during the week ending December 8.

Dozens of U.S. Army soldiers who served in Afghanistan and Kosovo, including the warrior pictured below with his smiling son, returned to American soil just in time for the holidays. A U.S. Army soldier is reunited with his son at a homecoming ceremony on November 21, 2018, at Fort Carson in Colorado.

This Week at War: Will of Victory