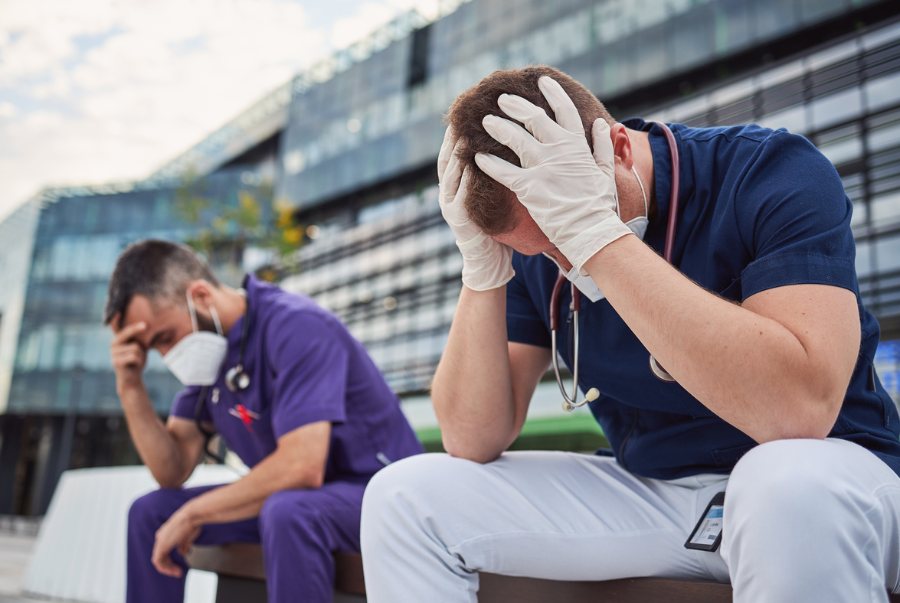 In early March, the University of California San Francisco held a panel discussion of infectious disease specialists on a new virus that had, at that point, killed 41 Americans. These experts not only estimated that 60 to 70 percent of America’s population would eventually contract the virus, but that our best attempts to contain it, either through lockdowns or contact tracing, would be, in their words, “basically futile.”

Today, nine months later, the predictions of this particular panel of experts have turned out like most other COVID-19 predictions: right on some things, wrong on others. It’s not clear just how effective all of the quarantining, lock-downing, social distancing, and masking have been in reducing the number of infections, or why, despite more data, our assumptions about COVID-19 remain largely unchanged. And, of course, we’ve yet to reckon with the economic, educational, and mental health consequences of the policy paths we’ve chosen.

What is clear, more clear than ever in fact, is the base set of assumptions we now operate from as Westerners and Americans. Catastrophes like COVID always reveal worldview. To borrow a phrase philosopher Craig Gay uses in his book The Way of the (Modern) World, we are “practical atheists.” A subtle, operational-level form of secularism, practical atheism is not necessarily to believe that God does not exist. Rather, it’s to live as if God does not exist.

Professor Gay identifies two features of a culture operating from a deeply engrained practical atheism. First, there is an illusion of control. If there is no Higher Power determining the course of human events or judging the morality of our actions, the world is a place for us to make and remake according to our wishes. Grand leaps in science, medicine, and technology only deepen the faith we put in ourselves.

At the heart of our illusions of control is the assumption that the world is totally understandable. We actually believe, Professor Gay says, not only that we can “comprehend reality in its totality,” but that “we are capable of rendering it stable and predictable.” In other words, we will ultimately make the world “work for us.”

That’s a really attractive proposition, of course. However, what happens when we face something beyond our understanding, something that is an existential threat to the “convenient fiction” of our control? Like a global pandemic? The answer can be seen in how so many U.S. governors approached last week’s Thanksgiving holiday: travel restrictions and curfews, bans on indoor gatherings, shaming even the idea of family gatherings for everyone, not just those at higher risk. The governor of my home state of Colorado said that gathering with family for Thanksgiving was like “putting a loaded pistol to Grandma’s head.”

How quickly we went from the “we acknowledge we can’t control this” of the UCSF panel of experts to the “we absolutely can and will control this” of elected officials. The shift from “most of us are going to get sick but let’s care for and protect the vulnerable” to “everyone must avoid getting sick at all costs” is a significant one. Now, if anyone contracts COVID, it’s not because it’s a novel virus we don’t understand, but because someone failed. Practical atheists want control. When control is lost, someone is to blame.

An Opportunity for the Church

This brings up another characteristic of “practical atheism” that Professor Gay rightly identifies: anxiety. Anxiety is the inevitable reaction when we realize just how out-of-our-control this fallen world is, and how fragile our shoulders — which now bear the weight of the world without God — really are.

It’s here that we see how much “practical atheism” has permeated the Church. Even for Christians who worship God on Sundays, it’s hard not to give in to promises that our doctors, or our politicians, or our favorite celebrity preachers, or our organic vitamin regimen, or our purity rings will fix the world, or at least allow us to control all the scary stuff in it. And, we too, are tempted to look for someone (or someones) to blame for all that seems out of control with our world, whether a global pandemic or election results.

That’s why this moment is such an incredible opportunity for the Church. It will reveal our worldview, too. A Christian vision allows us to fully acknowledge our human limitations to understand everything, much less control everything. And yet, in this self-awareness, we are anxious for nothing, because we know there is a God who not only does understand but oversees the world He created and loves.