Water for the Thirsty 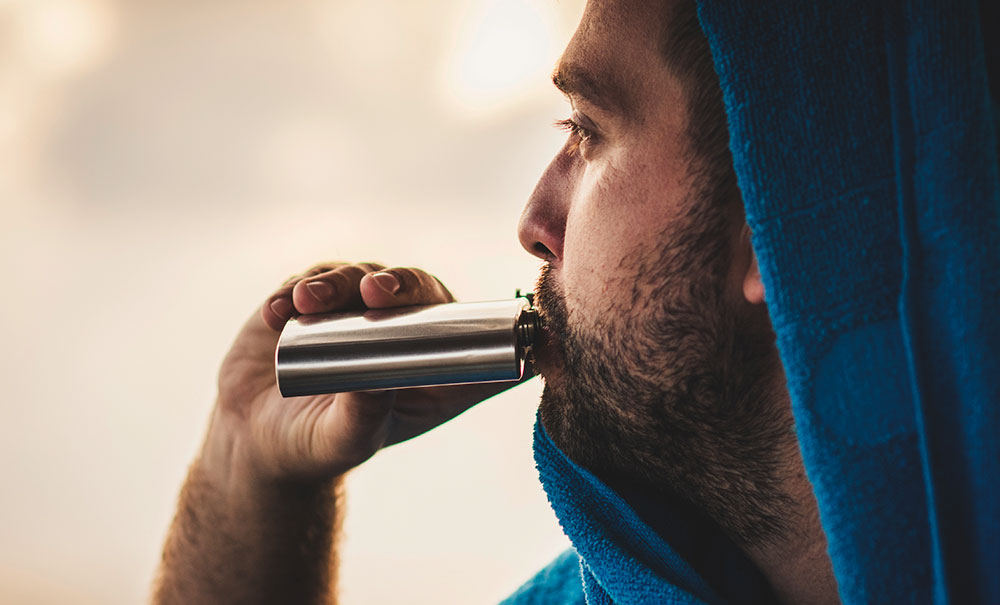 DUDLEY HALL — “On the last day of the feast, the great day, Jesus stood up and cried out, ‘If anyone thirsts, let him come to me and drink. Whoever believes in me, as the Scripture has said, ‘Out of his heart will flow rivers of living water.’ Now this he said about the Spirit …” (John 7:37-38)

Tragic stories are told of desperate thirsty people drinking liquids they thought would quench their thirst, only to find that they not only did not satisfy, but they added to their thirst. People adrift at sea know that sea water kills rather than giving life. When people are thirsty in their soul, they too often drink the wrong thing.

The Jews of Jesus’ day celebrated a time when God made water run out of a rock to quench the thirst of their forebears. In fact it was an elaborate ceremony during the Feast of Tabernacles when the crowd was led down to the pool of Siloam to fill a golden pitcher with water, then to the temple where it was poured on the altar. It was during this ceremony that Jesus identified himself as the source of water that satisfies the soul. He is the substance of the shadow, which the feasts of Israel promised. Though Israel had a meaningful ritual based on their history, they were resisting the reality. The whole journey of Israel through the years had been toward Jesus the Messiah. When he arrived, they insisted on retaining the shadow and suffered such a soul-thirst that they became angry, irrational, blasphemous murderers. They rejected the fountain of life while holding the empty cup of religion.

Of course they were not the only ravenous irrational thirsty souls. The Romans represented the best of the Gentiles and they were complicit in killing the source of life. In fact, the whole world is severely thirsty for the water that turns into an inner river. It is here because it is a person and he has come by his Spirit. The desperate cry for purpose and meaning is found in him. The fear of rejection and failure is eradicated when he is trusted. The dread of judgment vanishes when he is seen as both judge and justifier. The hopelessness of repeated failure is banished by participating in his resurrection. The insecurity about getting to heaven is replaced by seeing him already seated at the right hand of the Father.

There is no reason anyone should suffer from soul-thirst. We can stop drinking from the fount of delusion and began embracing the one that all of history has been pointing to. He is here. The symbols have done their job. The feasts prophesied, but the water of life has come. Drink! Trust him to meet your thirst.

Jesus, ‘Thou Art Fairer Than the Children of Men’