WaPo Says Trump is ‘Complicit’ in Hurricane Florence. Why? Because of Global Warming ‘Denial’ 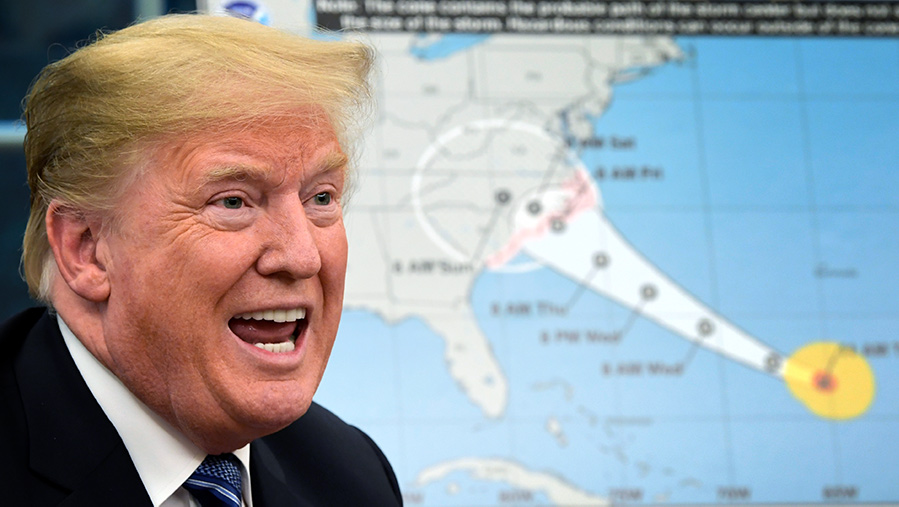 President Donald Trump talks about Hurricane Florence following a briefing in the Oval Office of the White House in Washington, Tuesday, Sept. 11, 2018.

The Washington Post editorial board claimed that President Donald Trump is “complicit” in the damage that Hurricane Florence is expected to bring to the Carolinas.

Why? Because he’s not a global warming alarmist.

“Yet when it comes to extreme weather, Mr. Trump is complicit,” The Post’s editorial board wrote Tuesday night. “He plays down humans’ role in increasing the risks, and he continues to dismantle efforts to address those risks.”

“It is hard to attribute any single weather event to climate change. But there is no reasonable doubt that humans are priming the Earth’s systems to produce disasters,” the editorial board wrote.

Still, Trump warned the public to head official warnings and evacuate if ordered to do so. Florence is expected to bring heavy rainfall, hurricane-force winds and cause “catastrophic flash flooding” in some areas, according to the National Hurricane Center.

“It is hard to attribute any single weather event to climate change. But there is no reasonable doubt that humans are priming the Earth’s systems to produce disasters,” it wrote.

“Scientists also warn that climate change may be slowing the wind currents that guide hurricanes, making storms more sluggish and, therefore, apt to linger longer over disaster zones,” the editorial board wrote, referring to another recent study.

“And human-caused sea-level rise encourages higher storm surges and fewer natural barriers between water and people,” the editorial board added.

Somehow, Trump is “complicit” in this hurricane because he does not support policies the Obama administration even admitted would have no measurable effect on future man-made global warming.

Also, WaPo’s editorial left out some key science on the matter. The Post did not mention “consensus” science on hurricanes and global warming put forward by the National Oceanic and Atmospheric Administration (NOAA).

“It is premature to conclude that human activities — and particularly greenhouse gas emissions that cause global warming — have already had a detectable impact on Atlantic hurricane or global tropical cyclone activity,” according to NOAA’s Geophysical Fluid Dynamics Laboratory.

The Washington Post’s Slander on Hurricanes and Climate Change