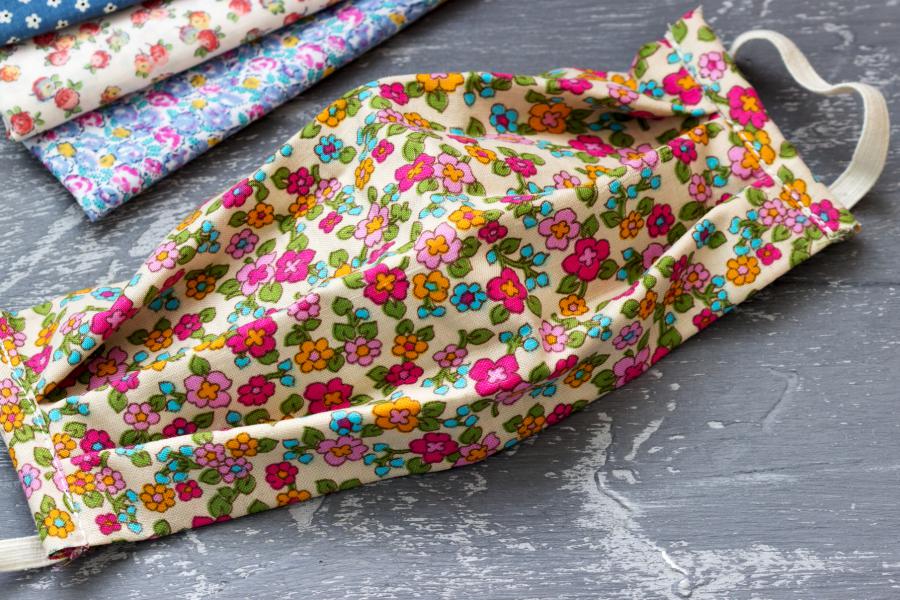 Just watched a video in which an actor screamed at me for three minutes and twenty-nine seconds about wearing a mask. Before you click on this link be forewarned: Michael Rapaport uses the f-word like Eddie Murphy suffering from Tourette’s syndrome.

Apparently, he’s angry because we are in the fourth month of a pandemic and we are still debating whether we should wear masks. He chastises his audience for having the hubris to think that they are “infectious disease experts,” simply because they have “watched a few YouTube videos and read a couple of pamphlets.”

And yet, Rapaport readily admits he isn’t a scientist. Where does he get his “Pulitzer Prize thinking” credibility? What a hypocrite.

Evidently, what entitles him to yell at us is that he gets his information from Tony Fauci. Or, as he likes to call him, “the good doctor.” Good, I assume, because he likes to defy President Trump. “Tony Fauci is telling you to put the masks on,” he delivers menacingly. Yet, this is practically the end all and be all of argument. 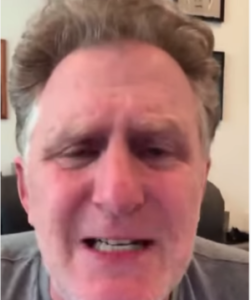 You’re right Michael, he is saying that now. But as late as mid-March, he was saying that masks were unnecessary for the general public and are not 100% effective anyway.

At some point Fauci changed his mind about the whole mask-wearing thing. If you listen to the interview at this link, he explains the apparent contradiction. Amazingly, though, he maintains that masks are not 100% effective and stresses what’s most important is social distancing. So, Fauci’s message comes across as a little muddled.

Still, despite what you may think, Michael, most of us want to be socially responsible human beings. Many of us, therefore, seek out other sources of information.

What we encounter are experts telling us how different masks are used in different ways, that professional medical masks are fitted to the healthcare worker while generic masks are not, and that most of us don’t wear our masks properly anyway. On top of which, most of us wear the same mask for far too long, rendering it ineffective.

With all this dizzying information floating around, what are we poor plebs, who “couldn’t pass (our) science class(es)” supposed to think?

Even more confusing is watching our politicians flaunt the mask rules with impunity. See here and here. Or when these same politicians grant immunity from mask wearing to BLM crowds protesting the killing of George Floyd.

What about Lincoln County, Oregon, declaring only white people must wear masks, while people of color are exempt? I’m no doctor, but most of the stats I’ve read indicate that African Americans are actually more susceptible to COVID-19, not less.

The problem, Rapaport, is not that we are stupid, or selfish. It’s that the science in this case has become politicized. Politicized science is bad science. This explains why we are constantly getting mixed messages about what works and what doesn’t.

At the beginning of this whole thing, everyone agreed that the elderly are the most vulnerable. So how does one explain Governor Cuomo sending thousands of patients testing positive for the virus to nursing homes? The one place even the most unscientific of us knows would be bad. Even though you think “the President doesn’t give an ‘f’ about” us, Michael, it’s still a far cry from Cuomo’s action, which is akin to murder, wouldn’t you say?

And when the President said hydroxychloroquine showed promise in fighting the disease, he was immediately chastised and ridiculed. The experts all said it didn’t work and the press said he was just trying to make a profit because he owned part of a company that makes it. And yet, two months later studies are now coming out saying that Hydroxychloroquine does help prevent deaths.

Trump was actually correct about something. Something that could have saved countless lives were it not for the media’s irrational hatred of the president. Again, what are we to think?

Illogical policies like those of Andrew Cuomo and Lincoln County, Oregon, are waking the American public up to a bigger picture. And so, we are rebelling, Michael Rapaport. We are beginning to question the motives of certain leaders, instead of just blindly following them wherever they wish to lead us. The type of leaders we know are trained to “never let a good crisis go to waste.”

We are wondering whether the decision to shut down the country and severely damage our economy was prudent. Especially when the death toll is not significantly higher than the average flu and lower than some other pandemics that have swept through in the past.

We are starting to wonder, “could this be happening because it’s an election year?” After all, Russian collusion didn’t work, the impeachment didn’t work, and prior to the lockdown the economy was humming along strong with unemployment at its lowest rate since 1969.

Perhaps if you listened more and yelled less, you might have picked up on these inconsistencies, Mr. Rapaport. Most of us know hypocrisy when we see it. Do you?