Become One of Christian History’s Heroes, Not Its Zeroes

Let's get into the thick of the battle as God leads us there! 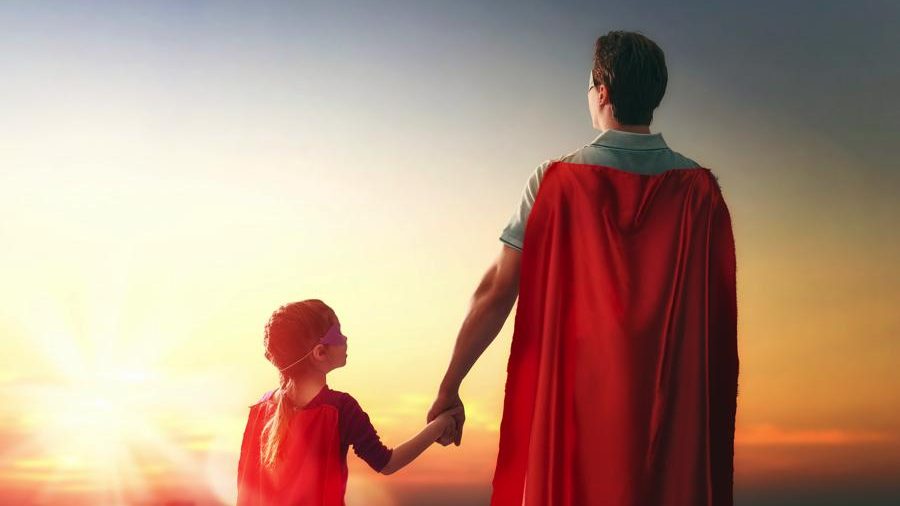 When the religious history of our time is written, do you know what will be one of its most striking points? The huge numbers of Christians in the West who missed out on it. You don’t want to be one of them.

There will be plenty of story to tell. The Church is expanding like crazy across the global South and East. God’s Spirit is moving mightily in miracles, dreams and visions — especially in the Muslim Middle East, but not just there.

Mission agencies are targeting the last of the unreached “people groups.” That means we are within mere years of seeing the fulfillment of Jesus’ promise in Matthew 24:14: “and this gospel of the Kingdom will be preached in all the world as a witness in all the nations.” This may be the single most under-reported news story of the ages. You’d think people would be interested. Because Jesus goes on to say, “and then the end will come.”

Meanwhile in the West, Christianity is under crushing attack. The forces of the world array against us. This week’s religious freedom victory at the US Supreme Court? It can’t hide how many would love to silence us. It took the U.S. Supreme Court to rebuke a state’s Civil Rights Commission for comparing Christianity to Nazism. That’s the only reason we won: the bias was too blatant.

More precisely, they’re being herded away, swept from the faith by a culture that’s hell-bent on making Christianity appear evil.

We won that major battle. Now here’s the next. A much bigger one: Christian families see their children walking away from the faith. Lots of them: 60 to 80 percent, depending on which survey you read.

More precisely, they’re being herded away. Swept from the faith by a culture that’s hell-bent on making Christianity appear evil. They call us “haters,” “against equality,” “anti-intellectual,” “intolerant,” and on and on it goes. And they’re not slow to say so, especially to our children.

And the children are listening, right up into their college years. Did I mention those surveys were taken in solid evangelical churches? That’s 60 to 80 percent of children from solid, believing, Christian families.

Secular culture is aiming at you and your children. The casualty rates are enormous.

Banging Our Heads Against a Wall

It was never quite like this forty, fifty or sixty hears ago. Was it? We faced challenges, of course. But not this implacable wave of opposition. At least not in America.

Yet, too many of us are acting as if nothing’s changed. We’re doing the same things at church we did in the 1970s, except with more guitars and drums. We’re living as if the battle hadn’t intensified by a thousand-fold. But it has.

Where is there any sign that we are taking responsibility for this huge shift in our culture, and its huge effect on our families?

Oh, you can find people speaking out in periodicals like The Stream. But commentary is one thing. Action is another. We need to ask ourselves, about all our sermons, all our radio hours, all our conferences: Why aren’t we making more of a difference?

I know the theories. I’ve studied what it takes to change a culture. Here’s one thing I know, that none of the theorists take fully into account. Christianity has a massive ground organization. I’m talking about the Church, of course. We possess all the people, all the lines of communication, all the structures any “community organizer” could dream of, multiplied by orders of magnitude. So again I ask: Why aren’t we making more of a difference?

The answer, on a human level, must be:

Or maybe it’s all three. We haven’t discerned what it takes for a fully-equipped, strategically-deployed ground organization the size of the Church to wake up and overturn the culture.

Instead we’re sleeping through the most momentous battle America has seen in generations. Perhaps since the Civil War.

If We Would Only Take It Seriously!

Chew on this. We live in a historic period of spiritual conflict. Take that to heart, and you wake to action. You mobilize for battle. It happens on our knees, in our families, and in the world of ideas. Because ideas are where much of the battle is raging (see 2 Cor. 10:3-5). If we took this seriously, we’d deploy single men and women as fully equipped, highly mobile special forces. (Just ask the Mormons.) We would mobilize our young people to bring the truth to one another. To their classmates and friends.

We would no longer be mostly on the defensive. No, we would be taking the truths on the march, obeying the God who commands us.

We are too comfortable. We are citizens of a sleeping kingdom.

Sleeping Instead As If It Were a Distant Threat

But we’re living instead as if these were times of peace. As if nothing was a threat. As if our kids soaked in our faith without opposition, then lived it and passed it on. We pretend that our own government isn’t attacking our freedom of faith. That the world already sees the goodness of Christ, so we don’t need to display it.

We are living as if it all didn’t matter.

So maybe it doesn’t. To us, that is. We can ignore the battle, or so we think. It’s only a distant threat, something we read of in the news, something that affects someone else, not us. Unless we have children. Our children are the ones who can’t ignore it.

How Would You Rather God Wake You Up?

God has ways to wake us up. I awoke recently to the gentle alarm of a clock that tells me it’s time to start my day. I’ve also been awakened at 5:00 am by a magnitude 7.4 earthquake. The house was still shaking long after I’d dashed upstairs to rescue our nine-month-old from his crib, and bumped my way down again on my bottom, holding him in my arms. The stairs were shaking too violently for me to stand and walk down safely. We were homeless for a week due to damage to our house that morning. Neighbors of ours had it far worse, with chimneys crashing through their roofs into their living rooms.

God has ways to wake us up. Are you waiting for an earthquake? I promise you: It works. But I’d rather do it another way, wouldn’t you?

How You Can Help Rewrite History

You might ask, “Suppose I woke up, as you say. What would I actually do?”

First, don’t worry. If you raise your hand to volunteer, God will find a place for you.

Second, study. Get informed. Learn what’s going on in the world, starting with what God is doing but also what the secular world is up to.

Third, find someone nearby who’s leading the charge, and join them. Chances are it’ll be at a church, a mission, a crisis pregnancy center or any of a hundred other places. Look for zealous people who love God and their neighbors. You’ll find them.

When the religious history of this era emerges, may it tell of a powerful and glorious turning point starting right now. It’s not too late. Some have questioned whether the day of the Church in the West has ended. My prayer is that it’s only just now about to begin: that dawn is ready to break, and we are ready to awaken and arise for it.

May God make it so. May you and I be right there in the thick of it with Him.

When the Weariness Starts to Overwhelm Us