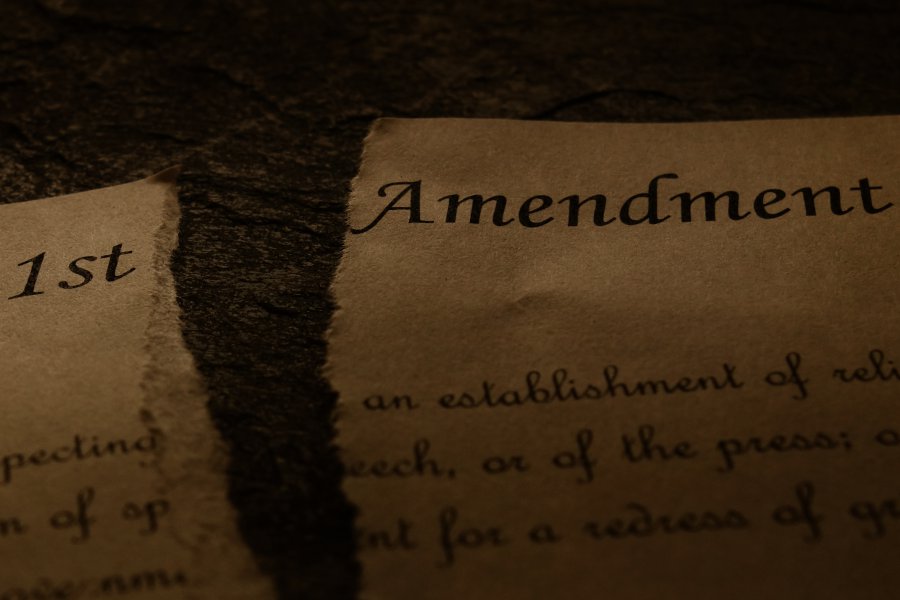 Oh, it’s still part of the First Amendment. But the First Amendment’s “free exercise of religion” clause is now more mirage than reality. The Supreme Court’s misguided 1990 ruling in Employment Division v. Smith turned it into an easy to assert but gossamer liberty protection.

The case involved two Native American drug counsellors who were fired after ingesting peyote as part of a religious ceremony, and subsequently denied state unemployment benefits. The fired employees claimed that punishing their ingestion of peyote violated their right to the free exercise of religion. In a 6-3 ruling, the Court said no.

That’s one reason why I urge religious believers to carefully examine the differences on the important issue of religious freedom between Trump/Pence and Biden/Harris. When it comes to religious freedom, the two tickets are not created equal.

The Court Said No

The late Justice Antonin Scalia wrote the opinion. In it, the court said that because the Oregon drug laws were of general applicability, Oregon’s law could be applied against the fired counselors without violating the free exercise clause. General applicability meant “not specifically directed to religious practice and is otherwise constitutional.”

That created a huge problem for people of faith. Laws of general applicability can infringe upon the religious beliefs of millions without intending to do so.

For example, assume that Congress required all butchers to sell pork products as a means of furthering the wellbeing of the pig farming industry. Suppose it did not create any religious exemptions. Every butcher had to sell pork or risk jail or fines or the loss of their license.

Under Smith, the law would pass muster even for Kosher and Halal butchers. It would not violate their freedom of religious because it was not intended to force them to violate their Jewish and Islamic beliefs. It was only intended to help pig farmers.

The Creation of RFRA

Realizing that Smith had emasculated the free exercise clause, in 1993 Congress passed the Religious Freedom Restoration Act (RFRA). Under the RFRA, a litigant must show that a law infringes their bona fide religious beliefs. If they do, the state must show both that the law serves a compelling state interest and that the way it operates is the least restrictive to religious liberty possible.

The RFRA was the law under which Hobby Lobby won an exemption from the Affordable Care Act’s free contraception requirement. Without it, the Supreme Court would almost surely have ruled against the company. The regulation required all companies to provide free contraception coverage for employees. It was therefore of general applicability.

The law does not apply to states. Unless a state has enacted its own RFRA, the First Amendment offers scant protection against nonfederal laws that force people to violate their religious beliefs. As a consequence, in recent years profound threats to religious liberty have emerged at the state level.

One small pharmacy chain, Stormans, refused to carry Plan B — the “morning-after pill” — because studies indicate it might act as an abortifacient. The company’s Christian owners sued the state to be exempted from the regulation on grounds of religious freedom. (Washington does not have a RFRA.)

A trial court ruled in their favor. The Ninth Circuit Court of Appeals reversed that ruling, on the basis that the regulation applies equally and “neutrally” to all pharmacies. The Supreme Court refused to hear the case.

In California and Colorado

Now, in California, a Catholic hospital called Dignity Health refused to permit a transgender hysterectomy. Even though the decision was explicitly based on Catholic moral teaching, courts have allowed the hospital to be sued for damages. It is perhaps the most important religious liberty case in the country.

California also does not have an RFRA. Its Unruh Law that bars discrimination based on sexual identity is a statute of general applicability. The outlook for the hospital is not bright. (The hospital has petitioned the United States Supreme Court for review, a matter that is still pending.)

One of the few successful free exercise litigations in recent years involved Jack Phillips, the Colorado owner of Masterpiece Cakeshop. He refused to create a cake for use at a same sex wedding reception as against his Christian faith. The Colorado Civil Rights Commission punished him for engaging in illegal discrimination based on sexual orientation.

That decision was reversed by the Supreme Court in a 7-2 ruling. But Phillips only won because Commission’s deliberations contained an extensive and explicit record of blatantly anti-Christian statements. Thus, in a very narrow ruling, the court found that Phillips’ free exercise rights were violated because the commissioners’ actions were predicated on explicit anti-Christian animus.

Don’t expect religious infringers to make the mistake of being so candid again.

Times have changed since passage of the RFRA. Liberals and Democrats were core members of the coalition that successfully lobbied for passage of the bill, and Democrat president Bill Clinton signed it into law. Today, liberals generally perceive the claim to religious freedom to be merely ways to justify discrimination against LGBT people and women who want abortions.

Democrats have now hatched plans to gut the RFRA. Even the limited religious freedom we enjoy after Employment Division v. Smith is too much freedom for them.

For example, the Do No Harm Act would shrink the law to a meaningless empty shell. (Its most notable Senate sponsor is Kamala Harris.) It states that the RFRA cannot allow “an exemption from generally applicable law that imposes the religious views, habits, or practices of one party upon another.” That was the charge, it is worth noting, made by critics of Hobby Lobby.

The proposal would also prevent the state from exempting someone who causes “meaningful harm.” This includes what’s called “dignitary harm.” That means an action that hurts someone’s feelings.

In short: the Democrats’ new RFRA would offer even less protection for religious freedom than the current interpretation of the free exercise clause.

Many Democrats also want to destroy the rights of medical conscience. They want to force doctors to perform or refer their patients to other doctors who will perform the abortion. Forcing a doctor to send a patient to an abortionist, knowing his action will result in the death of the child, is their idea of protecting his conscience.

For example, the Medicare for All Act of 2019 states that medical practitioners participating in the proposed single-payer health system may not “discriminate.” It has 119 Democrat cosponsors.

Its definition of discrimination goes well beyond behaviors such as racism.  It extends to areas such as “pregnancy related medical conditions.” And that includes “termination of pregnancy.” The bill would almost surely prohibit obstetrician/gynecologists from refusing to perform or refer for an abortion, because refusing to do so would be deemed discrimination.

Religious Liberty is on the Ballot

Yes, I know that President Trump’s caustic personality, personal peccadillos, and often crude means of expression can be disheartening and off-putting. I get that in spades!

But there is more at stake in this election than style. On the substance, there is no question that Trump has shown great fealty to freedom of religion in his domestic and foreign policies and has been loyal to voters for whom free exercise is a core issue. Ditto most Republicans running for Congress and the Senate.

The same cannot be said for Vice President Joe Biden. His running mate, as noted above, sponsored the Do No Harm Act, and his Democratic Party is increasingly hostile to allowing real religious liberty — religious liberty as our nation’s founding fathers envisioned it. All they want to allow is a shriveled concept of a “freedom to worship” that ends at the church, synagogue, temple, or mosque doors. They do not want religious Americans to be able to live by their faith.

For those anxious about the future of religious freedom in America, I think the choice on November 3 is clear.

Award-winning author Wesley J. Smith, is chairman of the Discovery Institute’s Center on Human Exceptionalism. Among his books are Culture of Death and The War on Humans. He writes regularly for National Review.