The event, which will take place at Daytona International Speedway May 27-28, was envisioned by a Chaplain Assistant veteran from the Iraq War for the "Guardians of Honor." 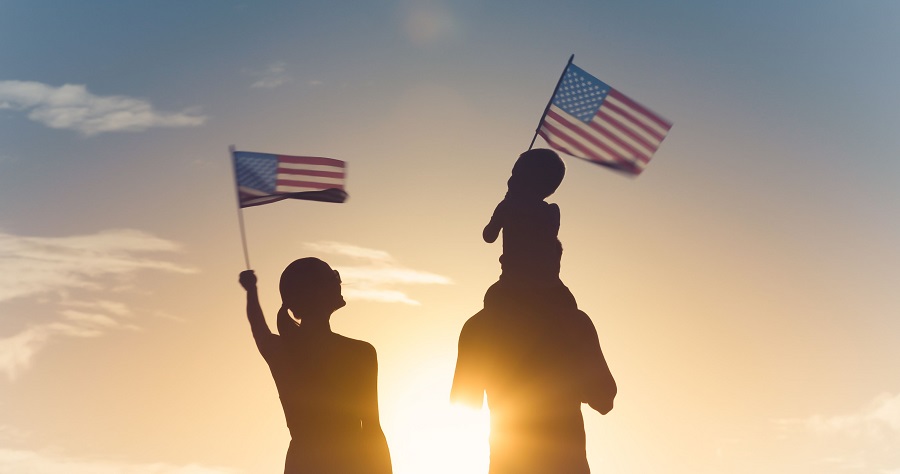 Eight-year Army Chaplain Assistant Ben Peterson had a rough tour of duty in Iraq. He spent two years there and he lost seven men during that time. Around 2009, protesters began showing up at Iraq veteran funerals to protest the war, “which is just shameful,” Ben told The Stream. But almost overnight Vietnam vets began to step in. “[They] basically rose up and said, ‘We’re not gonna let this happen. We’re not going to let you treat these kids the way we were treated.'”

And so, when Ben stepped off the bus in 2009, he saw over a hundred Vietnam veterans lined up shoulder to shoulder holding the American flag, “and guarding my welcome home.” It was a powerful moment. God put a clear vision into Ben’s heart. “I saw a stadium filled with thousands of those guys getting honored and welcomed home. And I saw them healing. I saw tears running down their face[s] and I saw just an incredible movement of healing.”

In 2016, Ben founded Engage Your Destiny. It’s purpose is to engage military veterans and their families and help lead them into their destiny. Although there are thousands of nonprofits in the United States, the veteran suicide number keeps getting worse. “I’ve just been saying for years, you know, we don’t have a program problem; we have an outreach problem. We’re not going into the world and getting the people. And that’s what Engage Your Destiny does.” Ben says their destiny might look like getting into a program to help with PTSD, or making a decision to follow Jesus.

During COVID, God began speaking to Ben about the vision he’d had years earlier. “He said, you know, ‘I’ve told you to do this.’ So, we stepped out and cold called the [Daytona International] Speedway. And they basically said, you know, ‘Come on down.’ … That was just God’s favor.”

The Speedway got behind the idea for a festival, called Heroes Honor Festival. It will take place Friday and Saturday, May 27-28. “This celebration is long overdue,” Ben said in a statement. “Our society largely rejected Vietnam Veterans when they first came home from active duty, yet they chose to become the guardians of honor, committing to never again allow combat veterans to return home to scorn, ridicule and mistreatment. … It’s time that these heroes receive the honor they deserve.”

“Friday night is really about Memorial Day and remembering the fallen,” said Ben. “And then Saturday is really the welcome home and the honor event with all the big bands and artists and governor.” Ben will speak Saturday night.

People will have “an extremely patriotic, America-loving, God-fearing experience that … would make a veteran proud that he served this nation in combat.”

All veterans, active military and their spouses can register for free tickets. To purchase tickets, donate, or for more information, visit HeroesHonorFestival.com.