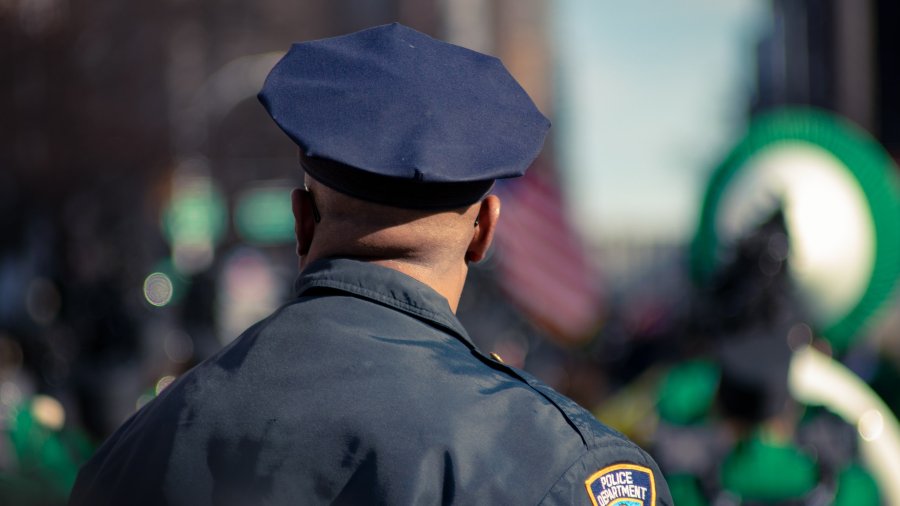 As crime rates surge, so are vaccine mandates — and resistance by police to those mandates.

That means major cities across the United States risk losing one-third or more of their police forces, hesitant about getting the COVID-19 shot.

In Chicago, more than 4,500 employees of the Chicago Police Department — about one-third of both officers and civilian employees — refused to disclose their vaccine status. Mayor Lori Lightfoot and the city’s Fraternal Order of Police are in a political standoff.

Chicago Fraternal Order of Police President John Catanzara said last week, “It’s safe to say that the city of Chicago will have a police force at 50% or less for this weekend coming up.”

Likewise, Los Angeles County Sheriff Alex Villanueva told The Associated Press earlier this month, “I don’t want to be in a position to lose 5[%], 10% of my workforce overnight.” He added that he won’t enforce the county-level mandate.

“It’s impossible to know how long this potentially lasts. We could see extreme shortages,” Jason Johnson, a former deputy commissioner of the Baltimore Police Department, now president of the Law Enforcement Legal Defense Fund, told The Daily Signal. “Are cities going to enforce this mandate? There is greater risk to public safety by enforcing the mandate than not enforcing the mandate.”

Two-thirds of Baltimore Police Department employees got at least one dose of the COVID-19 vaccine, below the Maryland state average of 85%, Baltimore’s WJZ-TV reported. Those numbers are similar to Chicago’s.

Baltimore police union leader Sgt. Mike Mancuso wrote to members: “Until the city responds to our right to bargain these issues, or the courts intervene, I suggest you do nothing in regard to revealing your vaccination status, as it is outlined in the city’s policy.”

National Public Radio reported that more than 230 police officers across the United States have died from COVID-19 so far in 2021, which is more than four times as many deaths as by gunfire. In 2020, the coronavirus killed nearly 250 officers nationally.

The Washington State Patrol has objected to the state mandate there, and on Monday, lost 53 civil servants, along with 74 commissioned officers — 67 troopers, six sergeants, and one captain, The Seattle Times reported. That came after a viral final sign-off on Friday from one Washington state trooper, who told Washington Gov. Jay Inslee what he thought of the mandate in no uncertain terms.

Oregon State Police troopers sued to stop or delay the mandate, but lost in state court on Oct. 7.

“This is more than just police officers,” said Johnson, the Law Enforcement Legal Defense Fund president. “We are seeing this among firefighters and teachers. These mandates were not well thought through.”

Police employees reached a deal with the city of Milwaukee last week that requires police union members to be vaccinated or wear face coverings while on duty, except when eating and drinking, the Milwaukee Journal Sentinel reported.

Police unions are likely open to negotiating a face-saving measure for mayors who don’t want to be seen as admitting to a poor policy, Johnson said.

“I would be more worried about murderers, rapists, and drug dealers acting with impunity than I would about a couple of police officers transmitting the virus,” Malcolm told The Daily Signal. “I don’t know why these officers are refusing to get the vaccine. Presumably, they have a good reason. But any policy that leads to mass firings of police has to be fixed.”