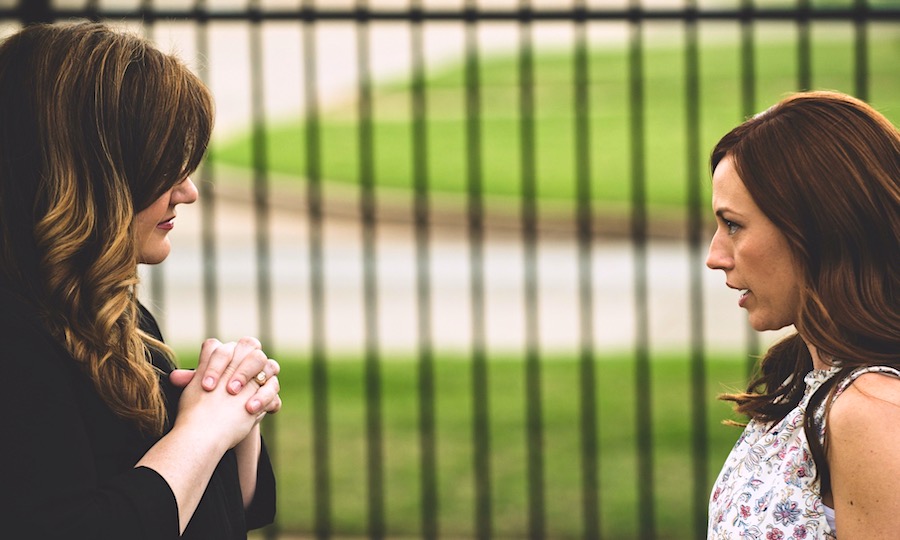 Actress Ashley Bratcher (right) portrays Abby Johnson in the dramatic biopic Unplanned, which released this past week on digital and home media.

Climbing to number six on national sales charts upon release this past week, Unplanned keeps proving its critics wrong. The independent biopic bested big-budget titles from Fox and Warner Bros.

“Last week, Unplanned was the number one best-selling drama, and in the top ten movies overall, so naturally we’re very pleased,” said co-directors Cary Solomon and Chuck Konzelman in a statement via e-mail.

“We believed all along that there was a lot of pent-up demand out there for the DVD, and now consumer reaction has confirmed that.”

For a few hours on release date, the biopic was also number one at top online retailer Amazon. Author of the book Unplanned, upon which the film is based, former Planned Parenthood clinic director Abby Johnson sees the movie as a tool of healing and encouragement.

“This is only the beginning of the positive and lasting impact the movie will make,” said Johnson via e-mail. “Unplanned has already offered healing to numerous women and families who have had abortions or worked in the abortion industry.”

“I’ve been working on movies for 25 years, but never before now on one that is literally saving lives.” — producer Daryl Lefever

“The DVD gives people an opportunity to reflect on the story in the privacy of their own homes, or within their own circle of friends and support groups,” she added.

From a shocking discovery that lead actress Ashley Bratcher made on-set, to the friendships forged since then, many behind-the-scenes aspects of Unplanned have surprised observers.

The production of Unplanned reflected an ecumenical ethos rarely seen among U.S. believers. While the directors are Roman Catholics, lead producers Daryl Lefever and Chris Jones are charismatic evangelicals. “You have two evangelicals and two Catholics shepherding this whole project,” said Solomon. “We knew from the beginning that it was a God thing that the four of us were brought together.”

Their spiritual emphasis led to an unusual decision during filming last summer in Stillwater, Oklahoma. They invited a five-person prayer team on-set for the duration, led by evangelical Christian leader Lorraine Varela and her husband Gabriel. She later authored a companion devotional book entitled Planned from the Start.

“They’d go department to department and pray over literally everyone,” said Lefever. “They’d pray over the actors in the makeup and hair trailer. They’d walk around the set reading Scripture.”

One item constantly on the prayer list concerned extreme weather. “Because it was during what is normally tornado season, we were worried about tornadoes disrupting our shooting schedule,” said Lefever. “We credit those prayers for keeping storms and tornadoes away.”

In news reports last year, the National Weather Service described April and May as a “tornado drought” for Oklahoma. During the 31-day film shoot, only one EF2 twister was recorded statewide — over 190 miles away from movie sets.

Last year, Oklahoma reported no deaths from tornadoes for the first time since 2006.

“Having their involvement created an amazing atmosphere on-set,” added Lefever. “Now I wouldn’t do a movie without a prayer team.”

Johnson, a Catholic convert, has seen her story elevated through the film. Her calling has led her to work alongside people of diverse beliefs, including producer Daryl Lefever, a member of controversial Bethel Church in Redding, California.

“I was hesitant to even discuss whether we were going to do a film,” said Johnson.

“When Chuck and Cary told me, ‘God is saying to us that this needs to become a film,’ I really trusted that. Their commitment to Christ and prayer life convinced me to move forward.”

They had been known previously for God’s Not Dead, a much-criticized drama and surprise hit. Upon securing the book rights, they began to assemble a team — notably producer Daryl Lefever (I Can Only Imagine).

“The first time I met Cary and Chuck, without question they were devout Catholics,” said Lefever. “They pray every time we get together! It continued on set. When something came up that we couldn’t figure out, Cary called us to prayer.”

“I kept learning from the studios so one day I could go out and produce films that were faith-based,” he said. “Always I wanted to work on projects that honored the Lord; that was the goal the whole time.”

Executive producer on Unplanned, he shares the missional mindset that drove it.

“When Unplanned came along, it was an important story that had to be told,” said Lefever. “I’ve been working on movies for 25 years, but never before now on one that is literally saving lives.”

The congregation financially invested in Unplanned, and Bethel teacher Kris Vallotton has a cameo as a preacher in a scene filmed on their Redding campus. Lefever dismisses concerns among some who question aspects of church leaders’ theology.

“My grandfather was a pastor, and I grew up as a fundamentalist discipled by great Bible teaching,” said Lefever. “Having been in and around Bethel, every time I read something attributed to the church — they do this! Or, they say that! — it’s never something I have heard in eight years of Sunday sermons.”

Five Bethel Music songs are featured in the film. Johnson praises a scene when a love ballad is married aptly to the visuals.

“One of the songs, ‘We Dance,’ is in the scene where Doug and I are looking at Grace in her crib,” said Johnson. “Having seen the film probably 50 times, every time they get to that part I start tearing up.”

Heart of the Story

Affirming the value of life united the cast and crew of Unplanned. It grapples with the complex difficulties couples, especially women, face in unplanned pregnancies.

“This isn’t a sweet, cutesy film at all,” said associate producer Joy Thayer. “We have to help [couples] walk through life changes, and it may be difficult. You might be raising a child. You might be placing your child for adoption. It’s going to alter what your world looks like.

“Sharing the reality encourages them to make a hard choice for the positive.”

Thayer praises what she has seen of Johnson’s ministry. Hundreds of former abortion industry workers have been helped through And Then There Were None.

“Abby comes from a place of love,” said Thayer. “She’s not out there talking about guilt and shame. She’s going, ‘Yep, that really sucks. But on the flip side of that, there’s going to be so much redemption that comes from it.’”

Proclaiming the Gospel of Life

While hopeful the home media release will gain traction, filmmakers lament that Unplanned underperformed compared to some of their past movies.

“In large part, the contemporary American evangelical church let this one go by,” said co-director Chuck Konzelman. “And the Catholics have a divided house on the abortion issue.

“Abby calls her book a confession, but this film is an exposé. The church is not yet ready for confession.”

“Abby calls her book a confession, but this film is an exposé. The church is not yet ready for confession.”

On the concern that drives her ministry, Johnson does not mince words to believers.

“Proclaiming the gospel of life is really a tenet of the Christian faith,” she said. “We are to lead people away from slaughter, which is exactly what abortion is. It’s an evil of the gravest form. If we are apathetic on this issue, I believe that we will be held accountable for it.”

Explore The Stream’s complete films coverage, and sign up to receive top stories every week.