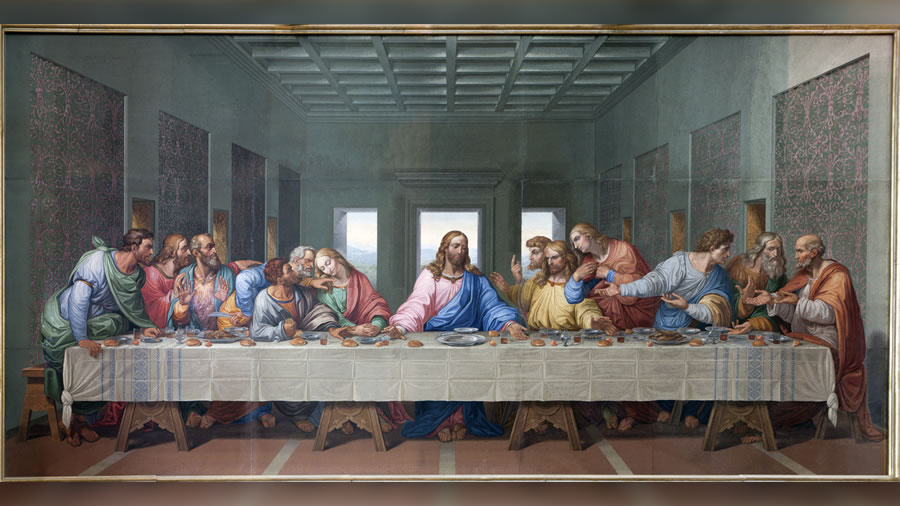 The late atheist Christopher Hitchens said, “The New Testament is a work of crude carpentry, hammered together long after its purported events, and full of improvised attempts to make things come out right.” One example of this alleged makeshift handiwork is the names of the Twelve. If the gospel writers can’t get the names of Jesus’ disciples straight, how can we trust them with other details?

On the face of it, it looks like Matthew and Luke contradict:

“The names of the twelve apostles are these: first, Simon, who is called Peter, and Andrew his brother; James the son of Zebedee, and John his brother; Philip and Bartholomew; Thomas and Matthew the tax collector; James the son of Alphaeus, and Thaddaeus; Simon the Zealot, and Judas Iscariot, who betrayed him.” — Matthew 10:2-4

“Simon, whom he named Peter, and Andrew his brother, and James and John, and Philip, and Bartholomew, and Matthew, and Thomas, and James the son of Alphaeus, and Simon who was called the Zealot, and Judas the son of James, and Judas Iscariot, who became a traitor.” — Luke 6:14-16

Part of an ongoing series on spiritual readiness.

So Matthew and Mark say that Thaddaeus was a disciple and not Judas, the son of James. Luke says the opposite. How could they get something this important so wrong? The late liberal scholar Joseph Fitzmyer claimed this difference shows “that the names of the Twelve were no longer accurately preserved in the early church by the time that Luke and Matthew were writing, and that the group of the Twelve, though important at the outset, gradually lost its significance, even to the extent that people no longer could recall who once constituted the Twelve.”

Ouch. But did they really so badly biff it on the names? I don’t think so. Here’s a question for these critics: Why couldn’t Thaddaeus and Judas of James be the same person?

I know what some of you might be thinking. “Wow. That reeks of harmonization!” But harmonization isn’t always illegitimate. Let’s think about this for a minute here.

Could Jude the Son of James Also be Thaddaeus?

Simon was named Cephas and also Peter. Cephas is the Aramaic version of Peter. But Simon, Cephas, and Peter are all the same person. In Acts 1:23 we read about a disciple named “Joseph called Barsabbas, who was also called Justus.” Acts 15:22 tells us there was a Judas, also called Barsabbas. Barnabas’ real name was Joseph. (Acts 4:36)

In first-century Palestine, it wasn’t uncommon to have more than one name, for multiple reasons. If you had a common name (like Judas), you might need a nickname of sorts in order to separate you from the others.

According to some fascinating research done by Richard Bauckham, we learn that Judas was a popular name. For some quick background, Bauckham looked at sources including Josephus, the Dead Sea Scrolls, early rabbinic texts, and ossuaries from 330 BC to 200 AD. Most of his data came from 50 BC to 135 AD. For Jews in Palestine, Bauckham finds 2953 occurrences of 521 names, comprising 2625 occurrences of 447 male names and 328 occurrences of 74 female names.

Judas ranked 4th. Here’s a table of the most popular names:

So we see that it wouldn’t be that odd for the less infamous Judas to go by a different moniker. According to Bauckham, during this time nicknames could be based on where you were from (Jesus of Nazareth, Judas Iscariot, which means man of Kerioth, Simon of Cyrene), your father’s name (Bartimaeus means son of Timaeus, Bartholemew means son of Ptolemy), your occupation (Matthew the Tax Collector), or a Greek name (Joseph, who was also called Justus).

Regarding Judas and Thaddaeus being the same person, Bauckham writes it’s not implausible at all:

“In this case the possibility that the same individual bore both names is well supported by what we know of names in Jewish Palestine at this period. The name Thaddaeus (Greek Thaddaios) is an example of a Greek name (it could be Theodosios, Theodotos, or Theodoros) which has first been turned into a Semitic shortened version, Taddai, and has then been Graecized again as Thaddaios Besides our Thaddaeus, seven other individuals of this period are known to have borne the name in this Semitic shortened form.” — Jesus and the Eyewitnesses, Kindle Location 1543

Who Names Their Baby Adolf?

The German scholar Joachim Jeremias suggested that after Judas Iscariots’ defection and treachery, Thaddaeus might have preferred to go by his more Greek name. This makes a lot of sense if you think about it. According to Baby Center, the name Judas is the 6,685th most popular name in 2019. It’s obviously not very popular for its negative connotations. For similar reasons, the name Benedict wasn’t a popular name in America after the Revolutionary War.

So as far as a criticism of contradiction goes, this one seems pretty easy to resolve. Thaddaeus and Judas the Son of James are likely one and the same person.

We see this sort of trend elsewhere. For example, who names their kid Adolf? During the 19th and 20th-century, it was a popular name in German-speaking countries. That all changed after World War II. Even Adolf Dassler, the founder of Adidas, used his nickname ‘Adi’ for the rest of his professional life after the war. The name has virtually disappeared and probably won’t come back any time soon.

We even see how pop-culture seeps into how we name kids in recent times. The names Britney and Miley were popular names not that long ago, but due to the negative association with certain music stars, the popularity of the name has seen a steep drop.

So as far as a criticism of contradiction goes, this one seems pretty easy to resolve. Thaddaeus and Judas the Son of James are likely one and the same person.

The Names of the Twelve: Sneaky Good Evidence for the Eyewitness Testimony of the Gospel Writers

The list of the names of the Twelve, if anything, actually serves as evidence for the reliability for the gospels rather than counting against it. What do I mean by that? Let’s look at the list of the Twelve again. This time I’m going to put the ranking of popularity next to the name:

This list is interesting because it’s what we’d expect to see from people who really were from 1st-century Palestine. Notice that we have disambiguators with popular names based on where they are from (Iscariot), whose son they were (Zebedee, James) or have nicknames like Peter.

But for the names that rank 39th or lower, we don’t have the disambiguators since they wouldn’t be necessary. So not only are the names genuinely Palestinian but the patterns are such as would be needed for Palestine, but not somewhere else.

As New Testament scholar Peter J. Williams points out in his book Can We Trust the Gospels?, you don’t see this in the apocryphal gospels that were written later and further away from Judea.

Someone living in another part of the Roman Empire wouldn’t be able to think of Jewish names familiar to him and spin them into a story, resulting in a plausible-sounding group of names for Jews from Palestine. And according to Bauckham, we know that the popular Jewish names in Palestine weren’t the popular names in other places. Take Egypt, which had a large population of Jews, for example:

In light of this evidence, Williams writes: “their knowledge of local names reinforces this pattern of local familiarity.” If you had to make up 12 names for a story set in France during World War 2 without Google, you’d probably peter out after Jacque, Jean, Claude, and Pierre.

The simplest explanation is that the writers of the four gospels were giving an authentic pattern of names in their stories because they were reporting reliably what people were actually called. They had spent time and lived among the place where the events in the gospels came from, and it’s very possible that Mark and Luke used some of these men as sources. We know from early church tradition Mark’s gospel was based on Peter’s preaching.

Therefore, the names in the gospels isn’t an embarrassing contradiction. That Judas the son of James is also Thaddaeus isn’t implausible at all. And the names taken on a whole are actually sneaky-good evidence that the gospel writers were accurate reporters.