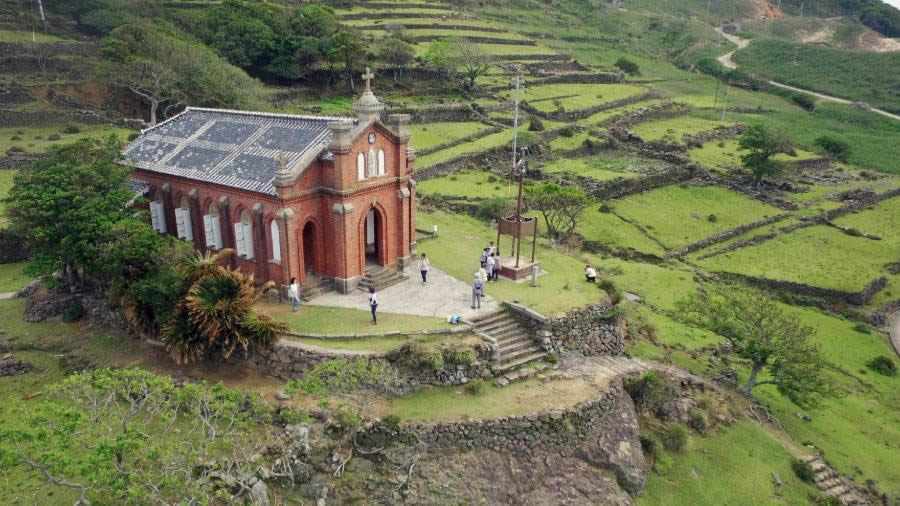 This undated picture shows the former Nokubi Church in Nagasaki. A dozen Christian locations in parts of southern Japan where members of the faith were once brutally persecuted were selected for inclusion on the UNESCO World Heritage list on June 30.

UNESCO honored the heritage of persecuted Christians in Japan Saturday, naming 12 sites of the early Japanese underground church to its World Heritage list.

The sites include places where the hidden Christians of Japan, or kakure krishitan, gathered in secret to practice their faith and pray during the 250 years of persecution they suffered under the Tokugawa shogunate from the 17th to the 19th century, according to Aleteia.

The hidden practice of Christianity in Japan began when the Shogunate outlawed Catholicism in 1620, about 70 years after Jesuit missionary Francis Xavier introduced Christianity to the country.

The Shogunate executed many of the 750,000 converts to Christianity, driving the survivors to meet in private and rely on oral preservation of scripture. The surviving converts also incorporated elements of Buddhism and Shintoism into their Christian tradition, in part because of the lack of further oversight and guidance from Jesuit missionaries, who had been banned from entering the country.

Modern Japanese Christians who trace their heritage back to the 12 sites added to UNESCO’s list said they were proud their history garnered international renown.

“They cast a spotlight on predecessors who kept their faith. I was able to witness a great day,” said Emiko Yoshimura, a 67-year-old leader of the congregation at the Sakitsu Church, according to Aleteia.

The sites added to the list include the ruins of Hara Castle, the site of the Shimabara-Amakusa Rebellion, which sparked the beginning of the underground church in Japan. Also added was Oura Cathedral in Nagasaki, which is the oldest church in Japan, and the village of Sakitsu in Amakusa, Kumamoto Prefecture, where underground Christians met in secret.

How Can the New Testament Be Inerrant If There Are Variants in the Ancient Manuscripts?