US Drops to Lowest Point Ever in Index of Economic Freedom. Can Trump Improve It? 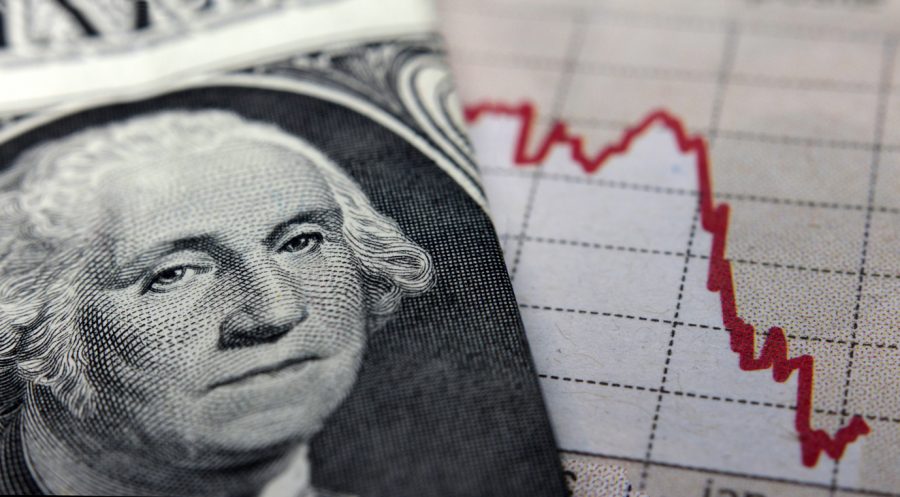 The U.S. has reached its lowest ranking ever in the Index of Economic Freedom, produced annually by the Heritage Foundation. The U.S. spent years in the top 10, but has been declining for years, and is now at number 17.

Hong Kong maintains the top spot, although the city-state is officially part of the Peoples’ Republic of China. Other countries that beat the U.S. include New Zealand, Switzerland, Australia, Canada (no. 7), and Chile. Last place (no. 180) goes, as usual, to North Korea. If you want to know how economic freedom and prosperity are related, just remember: booming, bustling Hong Kong is at the top, and unlit, starving North Korea is at the bottom.

The Index measures such things as the rule of law, size of government, regulatory efficiency, and openness of markets. It should be no surprise that these traits got worse during President Obama’s two terms in office.

When it comes to increased national debt, we seem to have a bipartisan trend on our hands.

Consider regulation. Since 2008, our economy has been burdened with more than 20,000 new regulations. This added some 572,000 pages to the Federal Register. You’ve probably read more about sluggish job growth, than about how regulations have contributed to it. Obama-era rules cost our economy almost a trillion dollars.

But many of the biggest regulatory burdens under Obama were added before Republicans took control of Congress in November 2010. Why has the U.S. dropped below six other countries since just last year, when it came in 11th? Probably because the Index now includes government debts and deficits:

Large budget deficits and a high level of public debt, both now reflected in the Index methodology, have contributed to the continuing decline in America’s economic freedom. Having registered its lowest economic freedom score ever, the United States is no longer among the world’s 15 freest economies.

The anemic economic recovery since the great recession has been characterized by a lack of labor market dynamism and depressed levels of investment. The substantial expansion of government’s size and scope, increased regulatory and tax burdens, and the loss of confidence that has accompanied a growing perception of cronyism, elite privilege, and corruption have severely undermined America’s global competitiveness.

Much of the blame for this debt can be laid at the feet of President Obama. Total debt nearly doubled during his years in office, from $10.6 trillion in January 2009, to $19.7 trillion when he left. But the same could be said of President Bush, who also doubled the previous debt during his two terms. We seem to have a bipartisan trend on our hands.

At the current pace, we double our total debt every eight years. You don’t have to be a deficit hawk to know that this can’t go on forever. Eventually, the interest on the debt alone would consume all tax revenue. At that point, the government would have to start printing money to service the debt, which would destroy our currency’s value — as happened in Weimar Germany.

Will Trump Make the US Economy More or Less Free?

But will our economic freedom improve or decline under President Trump? The jury is still out on that one.

Trump’s early executive orders reducing environmental regulations, and his call for the abolition of two old regulations for each new one, are good news for economic freedom and growth. His appointment of Scott Pruitt to lead the EPA also shows that he takes seriously the drag that many regulations have on the economy.

Trump’s pledge to repeal and replace Obamacare was the centerpiece of his campaign. If Congress can give him a replacement that introduces real competition and market discipline into the health care market, this would not only improve health care but would free up a full 16 percent of the American economy.

Let’s hope Trump proves a skilled negotiator, and not a president who thinks that, when it comes to trade, America can only win if someone else loses.

The president decries government debt, and his pledge to freeze government hiring could make a small dent in that. If his other policies grow the economy overall, that would bring in more revenues, which could reduce deficits — as long as it doesn’t simply encourage Congress to spend more money. On the other hand, the president doesn’t seem keen on tackling entitlements — which is where much of the debt will come from in future years.

Trump’s threats to raise trade tariffs and abandon free trade are most worrisome of all. If he pursues policies that “save” a handful of jobs in one state or industry, but cause a net loss of jobs and productivity elsewhere to the economy, we could see the U.S. slip even farther down the Index of Economic Freedom.

Let’s hope President Trump’s protectionist rhetoric is just the opening gambit of a skilled negotiator, and not the hardened convictions of a president who thinks that, when it comes to trade, America can only win if someone else loses.