Videos by investigative journalist Sharyl Attkisson from 2015 and 2018 explain how propaganda forces manipulate common sources of information. Does this explain the spread of information surrounding COVID-19 and election fraud? 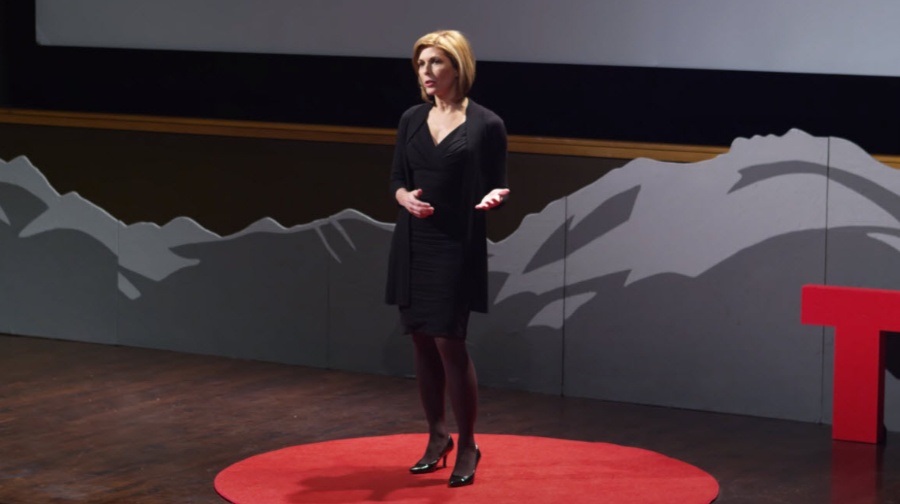 You, my fellow American, are being played.

You’ve been played since Joe Biden’s inauguration. Since protestors breached Capitol security. Since last November’s questionable election. Since the COVID-19 pandemic came to this country. Since President Donald Trump took office. Since Trump began his first campaign. Since who knows when?

All these parties collude to promote narratives that advance their unified interests and agendas. Their goals have everything to do with power, wealth and control — and nothing to do with truth, this country’s historic values or you.

Sharyl Attkisson, who won five Emmy Awards while working for CBS News, knows. In a pair of TED Talks from 2015 and 2018, she described how political and corporate interests manipulate mainstream and social media to influence opinion along desired lines.

Those interests often promote their narratives as a grassroots campaign. A cynical term describes those false grassroots: astroturf.

“Complacency in the news media, combined with incredibly powerful propaganda and publicity forces, mean we sometimes get little of the truth.” — Sharyl Attkisson

“The whole point of astroturf is to try to give the impression there’s widespread support for or against an agenda when there’s not,” Attkisson said. “Astroturf seeks to manipulate you into changing your opinion by making you feel as if you’re an outlier when you’re not.”

Attkisson elaborated, “Special interests have unlimited time and money to figure out new ways to spin us while cloaking their role. Surreptitious astroturf methods are now more important to these interests than traditional lobbying of Congress. There’s an entire industry built around it in Washington.”

All for a Sleeping Pill

Attkisson speaks from personal experience. CBS News asked her to investigate whether Americans faced an epidemic of sleeplessness, as a study by the National Sleep Foundation stated. Attkisson’s research showed the study actually was a survey. Additionally, both the survey and the foundation were sponsored by the manufacturer of Lunesta, a sleeping pill.

In her reporting, Attkisson mentioned the manufacturer’s sponsorship. Every other outlet, she said, “reported the same survey directly off the press release, as written, without digging past the superficial.”

The Columbia Journalism Review published an article mentioning CBS News as the only outlet that noticed the conflict of interest between the manufacturer and the foundation.

“Complacency in the news media, combined with incredibly powerful propaganda and publicity forces,” Attkisson said, “mean we sometimes get little of the truth.”

Those forces manipulate complacency in different ways. For example, the Bill & Melinda Gates Foundation provides more than $250 million in grants to such outlets as NBC, BBC, Financial Times and Gannett. It also trains reporters and produces content through third parties.

As a result, those outlets promote Gates as an expert on COVID-19 and protect him from scrutiny, though Gates has no medical training. The Columbia Journalism Review’s Tim Schwab provided two examples:

“PolitiFact and USA Today (run by the Poynter Institute and Gannett, respectively — both of which have received funds from the Gates Foundation) have even used their fact-checking platforms to defend Gates from ‘false conspiracy theories’ and ‘misinformation,’ like the idea that the foundation has financial investments in companies developing Covid vaccines and therapies.” (Parentheses in original.)

But those investments appear in Gates’ own tax records.

As PolitiFact and USA Today demonstrated, “fact checkers” are some of astroturf’s worst practitioners.

“Be aware when interests attack an issue by controversializing or attacking the people, personalities, and organizations surrounding it rather than addressing the facts,” Attkisson said. “Most of all, astroturfers tend to reserve all of their public skepticism for those exposing wrongdoing rather than the wrongdoers. In other words, instead of questioning authority, they question those who question authority.”

You’re seeing this concerning election fraud. You also saw it concerning the COVID-19 pandemic, when a group called “America’s Frontline Doctors” demanded that bureaucrats let them prescribe hydroxychloroquine and that reporters stop spreading disinformation about it.

As Attkisson explained, “hallmarks of astroturf include use of inflammatory language, such as ‘crank,’ ‘quack,’ ‘nutty,’ ‘lies,’ ‘paranoid,’ ‘pseudo’ and ‘conspiracy.’ Use of the charged language tests well. People hear something’s a myth, maybe they find it on Snopes and they instantly declare themselves too smart to fall for it.”

No wonder Americans worry about “fake news.” But although Trump popularized the term, his ideological opponents actually originated it.

“Liberals were first to heavily promote use of the phrase referring to conservative disinformation and right-wing websites,” Attkisson said. “And there’s certainly plenty of that.”

Yet a non-profit organization called First Draft announced on Sept. 13, 2016 “a partnership to tackle malicious hoaxes and fake news reports,” Attkisson said. “The goal was supposedly to separate wheat from chaff, to prevent unproven conspiracy talk from figuring prominently in internet searches.”

Google, under its parent company, Alphabet, created First Draft. Alphabet’s executive chairman at the time was Eric Schmidt, a major donor to former President Barack Obama’s 2008 campaign. In 2016, Schmidt “devoted himself,” Attkisson said, to being an advisor and major donor in Hillary Clinton’s Presidential run.

“His company funded First Draft around the start of the election cycle,” Attkisson said. “Not surprisingly, Hillary was soon to jump aboard the anti-fake news train. Her surrogate, David Brock of Media Matters, privately told donors he was the one who convinced Facebook to join the effort.”