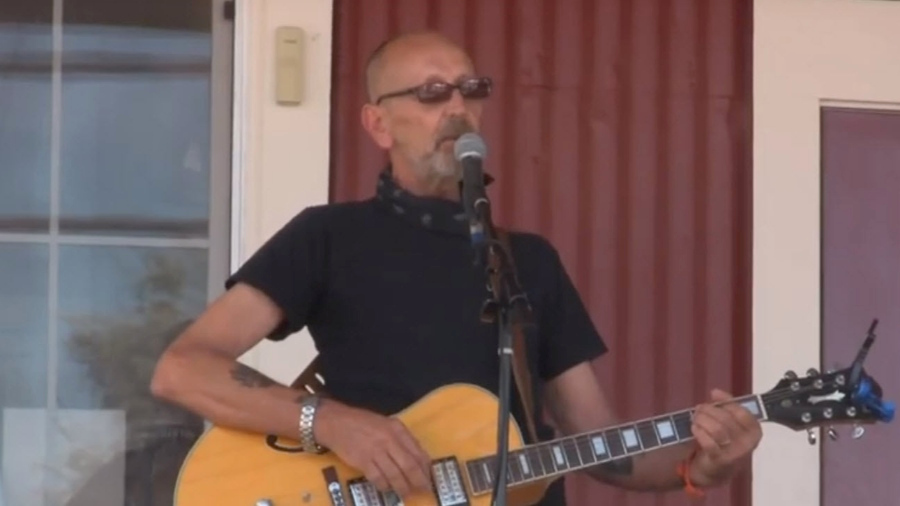 A number of Twitter users are calling the man who attacked an immigration detention facility in Tacoma, Washington, a “hero” and “martyr.”

Authorities said Willem Van Spronsen died Saturday morning after a shootout with police when he arrived at the Northwest Detention Center and attempted to set buildings on fire, the Tacoma News Tribune reported.

The Tacoma Police Department responded to a call around 4 a.m. when Van Spronsen, armed with a rifle and flares, started throwing incendiary devices toward a propane tank in an effort to set fire to the facility and managed to ignite a car, the department said, according to The Seattle Times.

Deb Bartley, a friend of Van Spronsen, told the Times that he identified as an anarchist and anti-fascist (Antifa), and she believes his intent in attacking the center was to provoke a conflict.

“He was ready to end it,” Bartley said. “I think this was a suicide. But then he was able to kind of do it in a way that spoke to his political beliefs. I know he went down there knowing he was going to die.”

Some people shared their responses on Twitter to news that Van Spronsen was a member of Antifa.

2020 presidential candidate and Washington Gov. Jay Inslee connected Trump to the attack. “Along with many Americans, I object with every fiber of my being to Donald Trump’s inhumane treatment of immigrants in America,” he tweeted. “But violence is not acceptable. We must be better and seek non-violent ways of pursuing the better world we want, as many groups are doing.”

Along with many Americans, I object with every fiber of my being to Donald Trump’s inhumane treatment of immigrants in America. But violence is not acceptable. We must be better and seek non-violent ways of pursuing the better world we want, as many groups are doing.

A number of users appear to sympathize with Van Spronsen’s actions.

One Antifa account called RevAbolitionMov with nearly 3,000 followers wrote, “RIP to anarchist fighter Willem Van Spronsen. The attack on the [Immigration and Customs Enforcement] facility in Tacoma is a proportionate action against enslavers and internment camp operators. He joins a long list of fallen anarchist martyrs who fought for a liberated world!”

RIP to anarchist fighter Willem Van Spronsen. The attack on the ICE facility in Tacoma is a proportionate action against enslavers and internment camp operators. He joins a long list of fallen anarchist martyrs who fought for a liberated world! https://t.co/teXxBeUTLU

Others called him a martyr and a hero:

#WillemVanSpronsen targeted ICE infrastructure in a bid to save lives. He is a hero, and we grieve his loss. Rest in Power comrade.

his name was Willem Van Spronsen. he was a 69 year old elder comrade who last year tried to free a 17 year old from police during a protest at the same ICE center. he literally gave his life for the cause. rest in power. remember him.https://t.co/JxClDbR1xA

#WillemVanSpronsen was doing what's right and died doing it, he's a hero

#WillemVanSpronsen is an American hero. When your nation falls to fascism and begins rounding up minority groups in concentration camps, rebellion is the only option left. The government had the chance to discontinue the camps, but they chose to lie and try to hide their crimes

#WillemVanSpronsen is a hero and he won't be soon forgotten. This is your one life to live during the brief moment in time of your existence. What are we all going to do to honor his memory and make sure this nazi state is smashed into a million pieces?

#WillemVanSpronsen is a hero, we take the law into our own hands when the law fails those in need

This is an act of great courage. It takes a lot of conviction and valor to act against ICE-run concentration camps this directly. QEPD Willem Van Spronsenhttps://t.co/m31HThTgJu

#WillemVanSpronsen is a martyr, and he will be missed. Rest in power, comrade.

GEO Group, a private correctional institutions company that runs the facility Van Spronsen attacked in Tacoma, told the Associated Press that accusations made against its facilities “have led to misplaced aggression and a dangerous environment for our employees, whose safety is our top priority.”

“Violence of any kind against our employees and property will not be tolerated,” GEO Group continued. “We are thankful for the quick and brave action by the Tacoma Police Department, which prevented innocent lives from being endangered.”