Turkey’s Latest Genocidal Campaign on Christians and Other Minorities 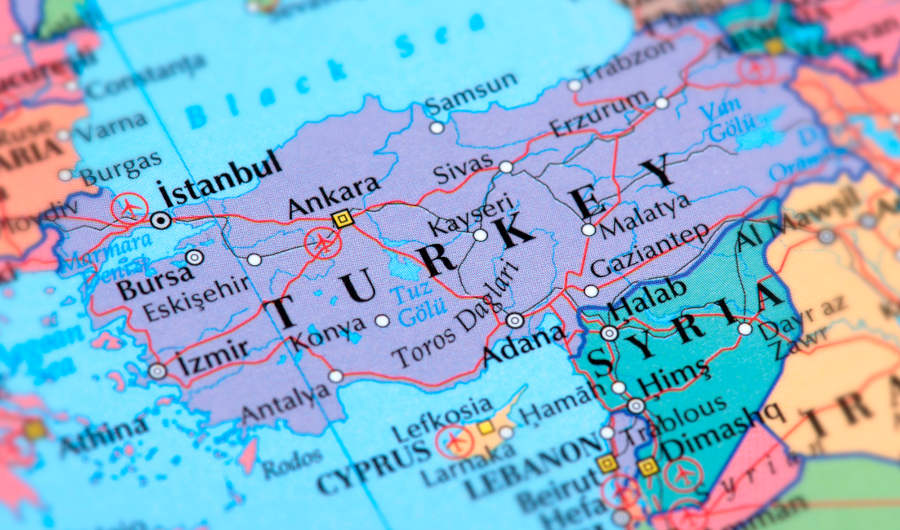 Many in the West heard of the severe atrocities the jihadists of the Islamic State in Iraq and Syria (ISIS) committed against the religious minorities of the Fertile Crescent, especially Christians and Yazidis. Several Western governments later classified these atrocities — which included massacres, crucifixion, torture, and sex slavery — as genocides.

Today, however, few are aware that these same genocidal atrocities have resumed against the very same religious minorities who most suffered at the hands of ISIS in northern Syria — this time by another Muslim force with caliphal aspirations: Turkey, under the leadership of Recep Tayyip Erdoğan.

Between November 20-25, 2022, Turkey launched 2,500 attacks — air, mortar, drone, artillery, etc. — several miles deep into Syria’s northern border. Governed by the Autonomous Administration of North and East Syria (AANES) — this also happens to be where most of the formerly persecuted religious minorities, Christians, Yazidis and Kurds, live.

As Save the Persecuted Christians noted, “Turkey appears focused on depriving the civilian population of food, heat, and water as winter sets in. It even dropped bombs on tent camps housing survivors of its earlier invasions,” as well as helped ISIS terrorists escape prison.

These military attacks by Recep Tayyip Erdogan’s regime are part of a wider Turkish policy of annihilation of the Kurdish and Assyrian [Christian] people in northern Syria and Iraq. Turkey has committed war crimes and crimes against humanity, including bombing, shelling, abduction, torture, and extrajudicial killings. The attacks are part of Turkey’s genocidal policies towards Kurds, Christians, and Ezidis.

Unlike the atrocities committed by ISIS in the same region, however, those now being committed by Turkey have received zero attention by Western “mainstream media” — not least because Turkey is a member of NATO, and therefore, apparently, shielded from criticism.

Fortunately, others are not being silent.

In a recent webinar titled, “Is it Genocide? Turkey Targets Syria’s Christians, Yazidis & Kurds,” an expert panel hosted by Save the Persecuted Christians discussed and offered evidence of what they all referred to as Turkey’s “genocidal” actions against Christians, Yazidis, Kurds, and other ethno-religious minorities of north Syria, as well as how the U.S. and international community should respond.

Webinar moderator, Frank Gaffney, executive chairman of the Center for Security Policy, began by placing these developments on Erdoğan, “who fancies himself a new caliph,” and who is committed to resurrecting the Ottoman caliphate and enforcing “sharia, the supremacist doctrine of Islam,” which is “especially oppressive to Christians.”

Most if not all of the panelists agreed on and stressed various points, including that:

Turkey’s stated purpose for its aggression against northern Syria — that is, to create a “safe zone” along its southern border with Syria — is a pretext and excuse for its true motivation: “to remove religious and ethnic minorities,” said Charmaine Hedding, president of the Shai Fund. Erdoğan’s ground forces, she added, include former ISIS, al-Qaeda, and Tahrir al-Shams jihadists who “are committing massive human rights abuses and have an agenda to create a caliphate, and they will eradicate the religious minorities in this area.”

What Turkey is doing in northern Syria is not just a genocide, according to the international community’s legal definition of that word, but the continuation of an old policy. As panelist Gregory Stanton, president of Genocide Watch, flat out asserted, “Turkey is a genocidal society … Turkey has conducted so many genocides in history,” with an apparent animus for one particular group. “Going back many centuries, it [Turkey] has been anti-Christian, and has tried to slaughter as many Christians as possible.” Hedding agreed: “This genocide is a pattern we see, and it’s certainly nothing new. … What we will see is the end of Christianity and some Yazidis in this area if we allow Turkey to get away with it. There will be a humanitarian crisis.” Hedding added that, “for those who say ‘Not on our watch!’ or ‘Never again!’ — here it is, happening again.”

Part of a Much Larger Plan

Turkey’s current victims — especially Christians and Yazidis — are, tragically, the descendants of Turkey’s previous victims, which it also “genocided” during the late 19th and early 20th century death marches. As explained by Lauren Homer, president of Law and Liberty Trust, north Syria is precisely where the Ottomans had slaughtered countless Christians over a century ago. Those now being targeted are their descendants. Similarly, Turkey’s goal, said Charmaine Hedding, is “to finish what it started” and “displace hundreds of thousands of people to recreate the demography of northern Syria and erase two thousand years of history.”

What Turkey is doing to the Christians and other minorities of northern Syria is part of a much larger “genocidal” plan for all of the descendants of the Ottoman Empire’s former Christian subjects, including those of Armenia and Greece, who both experienced genocides under the Turks and who are, once again, also being targeted by Turkey, as “part of its genocidal policies,” to quote Stanton. “As soon as it was declared that ISIS was defeated,” Homer emphasized, “Turkey began attacking the very people who fought and defeated ISIS,” that is, the Kurds and other religious minorities who formed the AANES.

Turkey’s recent military actions in Afrin, Syria, were highlighted as emblematic of that nation’s genocidal campaign. There, hundreds of thousands of Christians and Yazidis fled, even as the Turks “were hunting them [Christians and Yazidis] down, going door to door,” said Hedding. There was a “jihadi fatwa against these people,” said Homer, confirming that “Turkey has the same goals as ISIS which is to turn all of these areas into radicalized Islamist states.” In the end, they destroyed 18 of 19 Yezidi temples; Afrin’s population of Yazidis has now declined by 90% since 2014. As for Christians, all of them, about a thousand families, have fled this most recent jihadist advance.

Kino Gabriel, a Christian (Assyrian) and leader of the Syriac Military Council, offered a unique “from the ground” perspective. He stressed that the war on Christians in Syria has taken many forms over the years, and, in the modern era, traces back to the al-Assad dynasty’s implementation of Arabization, which saw Christians go from 25% of Syria in 1950 to 12% in 2010, with that number only getting smaller following ISIS, and now Turkey, which he reminded viewers is “a big supporter of the Muslim Brotherhood and even those most radical factions.”

The US Can Stop This

The panelists all agreed that the best way of moving forward was for the U.S., which “holds all the cards,” to call on Turkey, its NATO ally, to cease and desist. While Turkey is and can exploit its NATO membership to get away with murder, Stanton explained that the U.S. could easily suspend its membership, which would likely be enough for Turkey to decide its new genocide is not worth it.

For her part, Nadine Maenza, president of International Religious Freedom Secretariat, repeatedly stressed that U.S. support for AANES is essential, as it is the only suitable and democratic bulwark for protecting the religious minorities under its jurisdiction.