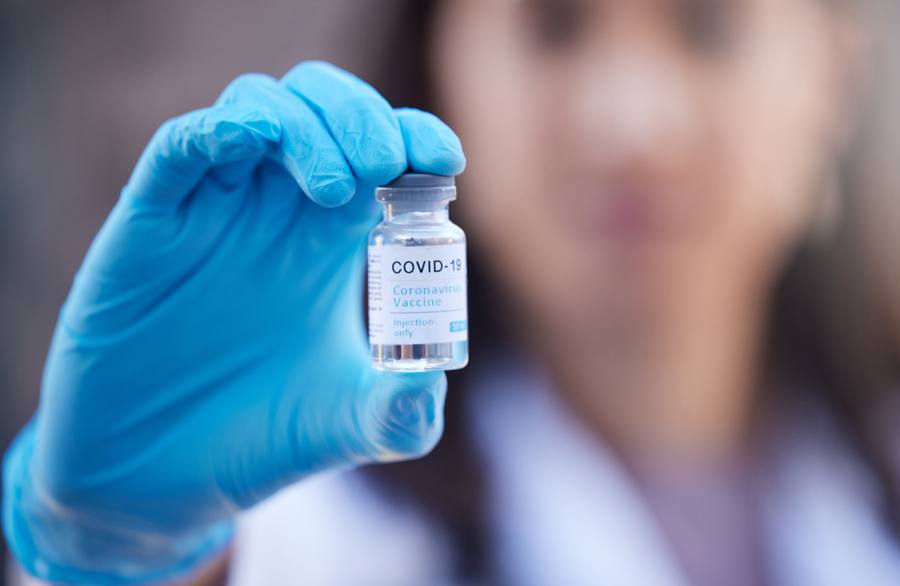 I used to think America’s secular leadership had lost its trust in God. I was wrong. They’re as religious as anyone has ever been; they’ve just adopted new gods to worship instead. Some gods they follow from underground: money, power, and sex. One god, though, they worship in the open. They’ve even made a new national motto of it. No longer is it, “In God we trust.“ Now it’s, “Trust the science!” They’ve made that a new One Commandment, and given it virtually divine authority. And they are killing science in the process.

Friedrich Nietzsche famously said, “God is dead. God remains dead, and we have killed him.” Nietzsche was wrong, for the God he was speaking of is the God of Life, for whom death is an impossibility beyond all other impossibilities. Science, though, can be killed, and there is no faster way than by making it our god. It’s not our god, it’s an enterprise undertaken by humans, yet people treat it as if it’s taken on a life of its own.

Centuries of stunning achievement make science seem invincible. I know atheists who are convinced it will outlive God Himself. They’re wrong. Even for those don’t believe in God, the state of affairs today shows they’re at least terribly over-optimistic. I know of no better evidence than an article published in Tablet magazine last September by John P.A. Ioaniddis, holder of multiple professorships in public health-related fields at Stanford. In it he reveals just how completely science has broken down of late. It’s not too late for science to correct itself, but it has to acknowledge the problem first.

He attributes science’s problem to “How the Pandemic Is Changing the Norms of Science,” (which is title of the article), and there he makes his one major error. Science has changed its norms, but we can’t blame the pandemic. Let’s look at some of the changes he describes.

The result, Ioannidis says, is, that “the refusal to abide by formerly accepted norms has done its own enormous damage.” He’s right. I can remember trusting science without being instructed to from on high. The only reason “trust the science” became the One Commandment is because science lost its inherent ability to command trust simply by being trustworthy.

Science exists for no reason but to discover, reveal, and apply the truth about nature. People and corporations may put science to profitable use, but that stage comes logically, properly, after the science is done. When science itself loses integrity, it loses everything. We all lose everything that science was meant to be for us.

It wasn’t the pandemic that did the damage, though. Every flaw Ioannidis finds in science maps directly onto sins taught in the Bible. This is why Ioannidis was wrong to blame it on the pandemic. Sin doesn’t originate in a virus; it’s a far more universal human problem than that. And though “sin” isn’t such a popular word these days, see how well it covers Ioannidis’s territory:

Ioannidis sums the whole thing up well in just three words: Science has adopted a “dismissive, authoritarian approach.” That’s tantamount to science pronouncing, “We know all, we command all, you must listen and obey.” This is the first, original sin, pretending godhood, as well as the first cardinal sin, pride.

The flaws we see in science today thus reveal how desperately it needs a higher authority than itself. It needs something, or rather Someone, to hold it accountable to being honest, giving, self-sacrificial, humble, and truth-seeking. I for one pray it will correct itself in that way, and soon.

If you can’t trust science, what’s left that you can trust?

It’s a dismal picture for now, though. There remain exceptions, obviously. Frank Turek is right when he tells us science doesn’t say anything, scientists do. Individual scientists can and do work in all truth and integrity. If Ioannidis is right, though, there is a dishonest, dysfunctional system we can rightly call “Science,” and scientists buck that system at their own professional peril.

If We Can’t Trust Science, What’s Left to Trust?

Science is clearly failing us. There is no better proof of that than the authoritarian instruction, “Trust the science.” It’s as bad as the boss telling his people, “You must respect me!” Bosses who deserve respect never have to ask for it. Science that’s worthy of trust never has to demand that people trust it.

This is serious, potentially cataclysmic, even. It reminds me of the summer of 1992, when my family, living in Big Bear City, California, experienced two highly destructive earthquakes one morning. We lost an entire wall when our chimney cracked and had to come down. Debris was everywhere, in everyone’s home. Aftershocks went on for months afterward. At least one of them was strong enough to knock another house off its foundation.

It was unpredictable; it was unnerving; sometimes it was downright frightening. And I heard myself asking, “If you can’t trust the ground you walk on, what’s left to trust?” Nothing but God Himself. This downfall of science is unnerving in the same way. We’ve always trusted science, because science was (or at least seemed to be) as solid as the ground under our feet. The good it’s done us is far beyond counting.

Now it’s failing us. And I wonder, “If you can’t trust science, what’s left that you can trust?” The answer is the same: Only God Himself.

Skeptics and atheists have told me I’m irrational for believing in God instead of science. (Their view of “science” is skewed in ways I don’t have time to go into here.) Clearly, though, what science needs most now is not to be the god we believe in, but to submit itself to the One true God. Only then will it recover its life. And we’ll be able to trust it again — without being ordered to.

A Measure of Revival in Our Bondage