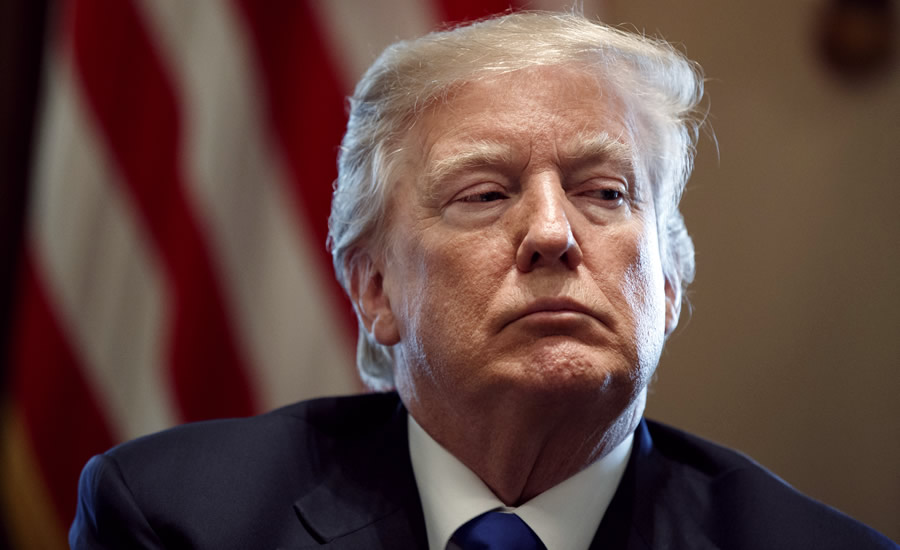 So President Trump will be giving a nationally televised address tonight to address what the White House is calling the “Humanitarian and National Security crisis” on our southern border.

I am pleased to inform you that I will Address the Nation on the Humanitarian and National Security crisis on our Southern Border. Tuesday night at 9:00 P.M. Eastern.

The speech comes amid the high-stakes partial government shutdown over Trump’s insistence on border security and the Democrats vow not to hand over one red cent for a wall.

Despite the drama, the four broadcast networks actually debated whether to carry the 9 p.m. Eastern time speech. Seems they didn’t carry a 2014 immigration address by President Obama, so they were worried carrying Trump might tick off Democrats. Then again, mainstream media refusing to cover a critical address by the President will provide further evidence to Republicans of the networks’ anti-Trump bias. Can’t have Trump making a convincing case that contradicts all their coverage.

In the end, all decided to carry the address for one simple reason. Not because immigration’s an issue crucial to America and the nations’ future. But because Trump TV does boffo ratings. (Why do you think CNN and MSNBC are clamoring for an impeachment? The hearings will be the biggest thing in daytime since the heyday of Luke and Laura.) Democratic analyst Jonathan Harris agreed, telling Hill.TV the networks are “ratings hungry.” “They know that Trump is a clown and a circus, and the circus always does well.”

That’s precisely the deep analysis you can expect tonight after the speech. The Democrats will get a chance to respond, but the media’s post-debate reaction is already scripted. You can make a drinking game out of the pundits’ puffery. One sip every time Trump is called a “liar.” One gulp every time someone uses the phrase “doesn’t represent our values” or “it’s not who we are as nation.” One chug every time Trump is called a “racist.” Have Elizabeth Warren bring the brewskies.

Just remember to toast in all earnestness those lost because of the failures of our immigration policies.

What The President is Going to Say

He can speak of the 22 million people now estimated to be in the country illegally. That’s more than the legal populations of the top seven most populated cities in the United States: New York, L.A., Chicago, Houston, Philadelphia, Phoenix and San Antonio combined. Enough to fill Levi Stadium, site of last night’s Alabama-Clemson game, nearly 300 times.

He could kick the behinds of both parties for perpetually kicking this can down the road, refusing for political and ideological reasons to leave our border a sieve.

He could offer Stream senior editor John Zmirak’s solution that all who are speaking out leave their doors unlocked and open tonight.

Want to pull your hair out? Read the chapters in our book The Politically Incorrect Guide to Immigration about how we got into this mess. Then read some of the late, great Congresswoman Barbara Jordan’s wise approaches and recommendations when President Clinton had her head the U.S. Commission on Immigration Reform.

In the face of those declaring securing the border is not an America value, which you will hear a hundred times in the next 24 hours, again Jordan:

We decry hostility and discrimination towards immigrants as antithetical to the traditions and interests of the country. At the same time, we disagree with those who would label efforts to control immigration as being inherently anti-immigrant. Rather, it is both a right and a responsibility of a democratic society to manage immigration so that it serves the national interest.

Trump could do his whole speech in the words of Barbara Jordan.

Or perhaps he could stay silent as the screen scrolled the names of those killed by people in the nation illegally, or those killed by the drugs smuggled through that border.

I would like to see the President publicly pose questions to Speaker Nancy Pelosi. I suggest he even use his “inside voice.”

The President of the United States will address the nation at 9 p.m. Eastern time.

Al Perrotta is the Managing Editor of The Stream, and co-author of The Politically Incorrect Guide to Immigration.