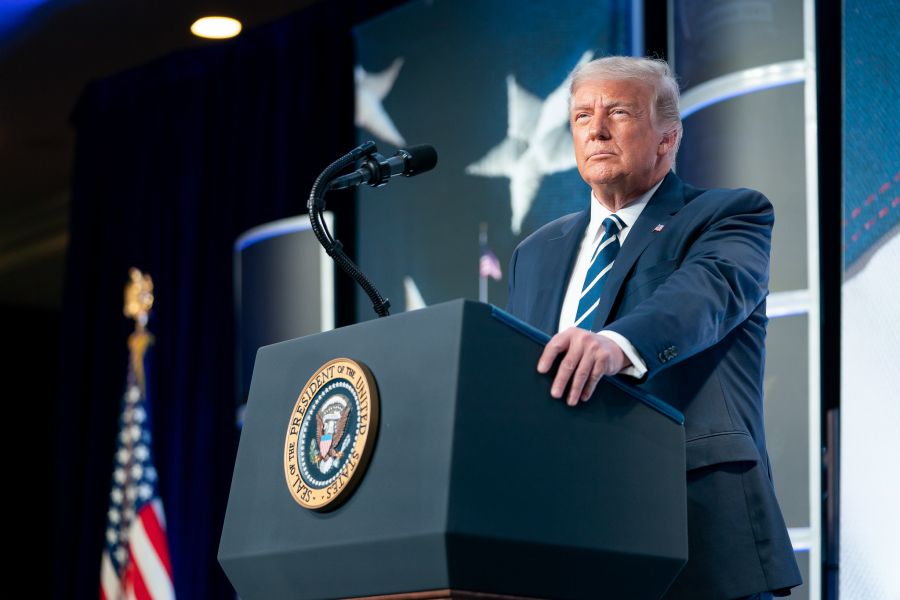 President Donald Trump said in a tweet Sunday that the Department of Education would stop funding California public schools if they teach the New York Times’ 1619 Project.

“Department of Education is looking at this. If so, they will not be funded!” Trump said in a tweet as a response to a post that claimed “california has implemented the 1619 project into the public schools. soon you wont recognize america[sic].”

Department of Education is looking at this. If so, they will not be funded! https://t.co/dHsw6Y6Y3M

Republican Arkansas Sen. Tom Cotton proposed legislation in July to forbid federal funds from being used towards “the 1619 Project curriculum in elementary schools and secondary schools, and for other purposes,” according to the text of his bill.

“The New York Times’s 1619 Project is a racially divisive, revisionist account of history that denies the noble principles of freedom and equality on which our nation was founded. Not a single cent of federal funding should go to indoctrinate young Americans with this left-wing garbage,” Cotton said in a press release.

Nikole Hannah-Jones, the lead writer for the 1619 Project that aimed to reframe the history of America’s founding around slavery, was awarded a Pulitzer Prize in commentary for the project in May. The project has been incorporated in some public school curriculums in the U.S. Critics say the project has “misrepresentations and inaccuracies,” according to the National Review.

The Department of Education did not immediately respond to the Daily Caller News Foundation’s request for comment.