Trump-Russia Collusion or Anti-Trump Conspiracy: Two Stories, But Which is True? 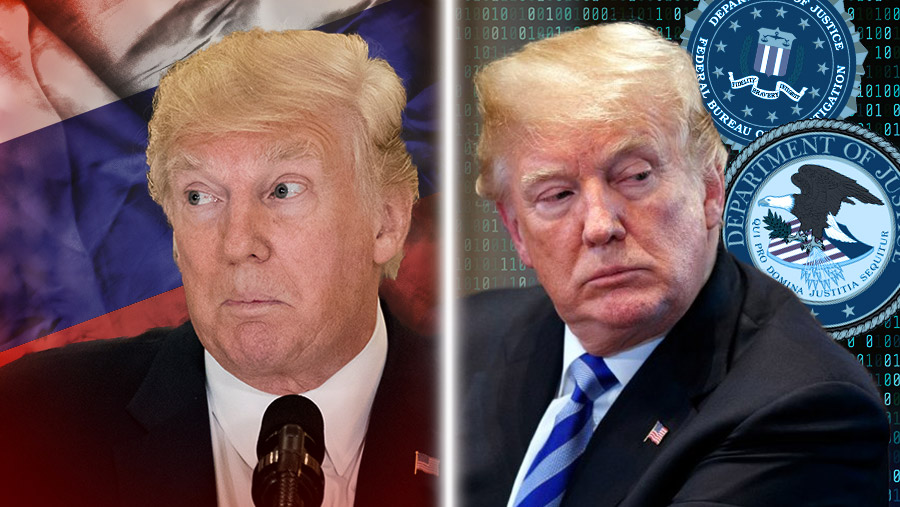 We have before us two stories. In one story, Donald Trump and his campaign colluded with the Russian government to affect the 2016 election. In the second story, Donald Trump was targeted by the FBI and DOJ under pretense of collusion in order for the Obama administration to target him and his campaign for surveillance and then to undermine (even overthrow) his presidency.

How do we know which story is true? You follow the evidence. As new facts come in, you see which picture turns to tatters and which picture gets filled in. It also helps to ask, “Which story makes sense?”

First Off, Just Tell Me What Happened

I have been begging for someone to tell me even just the basic Trump-Russia collusion story. Heck, I’ll be happy if you give me something that’s not internally inconsistent. Let history tell you what I’m talking about.

In 1960, Kennedy Family patriarch Joseph Kennedy pulled in some mob favors to swing Illinois — and thus the election — to his son John F. Kennedy. Cause-effect.

In 1980, there was the October Surprise. This theory alleged the Reagan campaign conspired with Iran to keep the U.S. hostages past the November election to deny Jimmy Carter re-election. Investigations could never prove the October Surprise actually happened. However, it is at least a cohesive theory with evidence behind it. (For example, President Carter thought he had a deal arranged to free the hostages, when suddenly — and inexplicably — Iran pulled the deal from the table.)

How exactly did they collude? What did Putin and Trump do? After two years of talking about it, you’d think you could at least give me that.

Sure, Putin’s peeps bought some Facebook ads. Hillary Clinton and her allies spent about $1.2 billion. If Hillary’s own ads didn’t work, why would Putin’s puny efforts? And there’s no evidence Trump or anyone in his campaign knew about it, according to Special Counsel Robert Mueller’s own findings.

WikiLeaks? Trump knew the Russians hacked DNC and encouraged them to release the emails, which proved damaging to Clinton. Or so is the story. Again, there’s no real evidence Trump knew anything about it. No proof the election outcome was changed.

But, even here, you have an inconsistency. If Russia and Trump wanted to defeat Hillary by releasing emails, why not release the ones from her private server? Why just embarrassing DNC emails, not campaign-ending personal or State Dept. emails? You really think she erased 30,000 emails because she was just being tidy?

We keep hearing Don Jr.’s meeting with a Russian lawyer in Trump Tower is key to the collusion picture. Yet we are also told that Donald Trump and Vladimir Putin have been in cahoots for years. So which is it? Why on earth would the Trump campaign need some lawyer if Vlad and The Donald are already BFF’s?

Don Jr. admits he met with lawyer Natalia Veselnitskaya because he’d been told she had dirt on Hillary. (He also admits it wasn’t the brightest move.) When she started talking about the Magnitsky Act instead — through a Hillary-connected interpreter, we might add — Don Jr. left.

On July 27, CNN breathlessly reported that candidate Trump knew in advance about Jr.’s Trump Tower meeting — or non-meeting. However, Michael Cohen’s lawyer (and Clinton lawyer) Lanny Davis admits that he was not only the source for the story, he was wrong AND that he lied about being the source.

Let’s pause to take a question from actor James Woods.

Nobody ever addresses this simple question: since we aren’t at war with #Russia, what is the problem with anyone meeting with them during a campaign? The #Clinton campaign hired a British spy. Explain the difference. Asking for 63,000,000 friends. https://t.co/OFjS4VEtpS

It can’t be because Russia’s a real threat. Obama mocked that very notion in 2012. Can’t be because it’s just wrong to be involved with foreigners hoping to influence U.S. elections. After all, the Ukrainian government was wide open about helping Hillary Clinton and sabotaging Trump. And more crucially, the Steele dossier was gathered by a foreigner who desperately wanted Trump to lose, namely British agent Christopher Steele.

The Trump Tower Meeting was a Set-Up

Worse, evidence continues to pile up that the Trump Tower meeting was a set up. RealClear Investigations lays out the case in tremendous detail. Breitbart also lays out “Five Clues” indicating it was a Democratic dirty trick.

Let’s just take one element: Veselnitskaya had a business relationship with Fusion GPS, the firm hired by Hillary Clinton to collate (launder) Russian dirt on Trump. So did Russian-born Washington lobbyist Rinat Akhmetshin, who was also in the meeting. He describes Simpson as a “colleague.”

Surely a coincidence. Here’s another one, if you’re looking for evidence of this collusion story: Directly before and right after the Trump Tower meeting, Natalia met up with Fusion GPS co-founder Glenn Simpson. (Can anyone say “de-brief”?)

It gets better. From the report: “[Veselnitskaya] has publicly stated that she used talking points developed by Simpson for the Russian government in that discussion.”

Catch that? The person being paid a fortune to undermine Donald Trump is coaching the Russian lawyer who has been brought in to meet with Don Jr.

By the way, how did Veselnitskaya get in the country anyway? She was banned from entering the U.S. because it was believed she was a Russian spy. But in late 2015, Attorney General Loretta Lynch granted her a special immigration parole, citing “extraordinary circumstances.” That would be the Attorney General under President Obama.

Veselnitskaya was only supposed to be here until early January 2016. But there she was in June 2016 in Trump Tower. DOJ and State Department could not explain to The Hill why she was still in the country. Did DOJ need a favor? Did Simpson?

We now know Glenn Simpson was in regular contact with Justice Department official Bruce Ohr. Ohr was funneling Fusion GPS’s Trump dirt to the FBI after the FBI canned Christopher Steele. We call that a “work-around.” For example, Simpson gave Ohr a memory stick full of info shortly after the election. Keep in mind Bruce Ohr’s gig was gangs and drugs. Not Russia.

Russia was his wife Nellie’s bag. Simpson hired Ohr’s wife to work specifically on the Steele dossier. (A fact Ohr kept from his bosses.)

John Solomon had these questions pertaining to the Ohr-Simpson relationship:

What was on the memory stick? What did Ohr do with the information? Did the FBI rely on it for future court actions? Did the Foreign Intelligence Surveillance Act court that approved surveillance warrants know Ohr was getting information from the Simpson-Steele operation after Steele had been dismissed?

Let’s add another question: Did Ohr’s boss Sally Yates know? She was certainly involved in the subsequent FISA warrants based on the dossier and in the set-up of Michael Flynn. Call that a tease of coming attractions.

Ohr testified all day earlier this week behind closed doors. According to Roll Call, Republican lawmakers say Ohr was direct in answering their questions. However, they also say Ohr’s testimony conflicts with that of Simpson. Said Florida congressman Matt Gaetz, “Either Bruce Ohr’s lying or Glenn Simpson’s lying … about their contacts with one another and the exchange of evidence.”

If you knew that the same people behind the Steele Dossier were also behind the Trump Tower meeting would that story have ever gained traction?

For that matter, would anyone have taken the Steele Dossier seriously had it been known:

And yet, that dossier was used as a basis to spy on the Trump campaign.

Next time, the Trump Collusion story continues with the tale of Carter Page and George Papadopoulos … and Stefan Halper. Did the Obama Department of Defense pay him hundreds and hundreds of thousands just to write boring reports? Or was he paid to set up the Trump campaign?

And back to our prime question: Which story is filling in … and which is getting filled with holes?

Folks, You’ve Been Lied To: The Stunning Revelations of Bruce Ohr