Trump Dares Brennan to Sue Because His Clearance Was Revoked 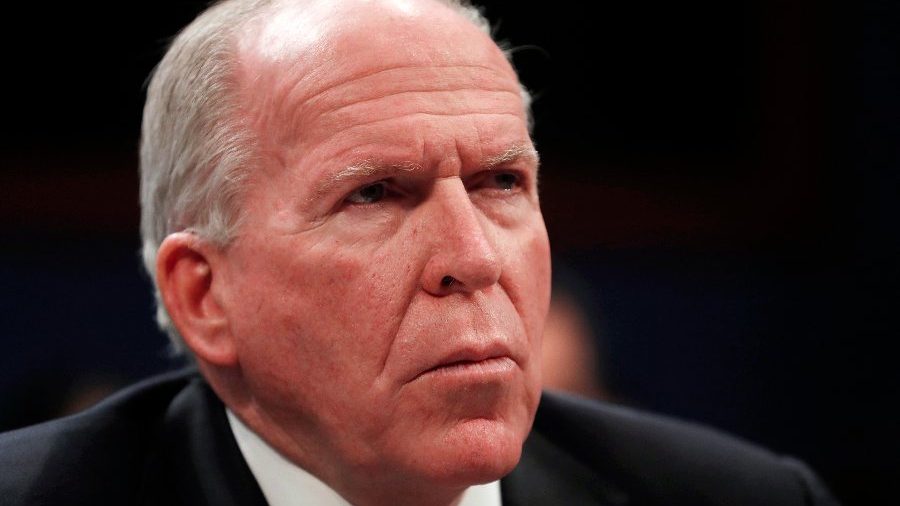 In this May 23, 2017, file photo, former CIA Director John Brennan testifies on Capitol Hill in Washington before the House Intelligence Committee Russia Investigation Task Force. Brennan said he is considering taking legal action to try to prevent President Donald Trump from stripping other current and former officials’ security clearances. Brennan said Sunday, Aug. 19, 2018, on NBC’s “Meet the Press” that he’s been contacted by a number of lawyers about the basis of a potential complaint.

This article is available to read at the Associated Press Archive Link here: https://apnews.com/2fa0dd1094e848738a7c4d66cad28226/Trump-dares-Brennan-to-sue-because-his-clearance-was-revoked