In June, Republicans will finally get a sense of the campaign Donald Trump will run. The signs are thus far not encouraging. 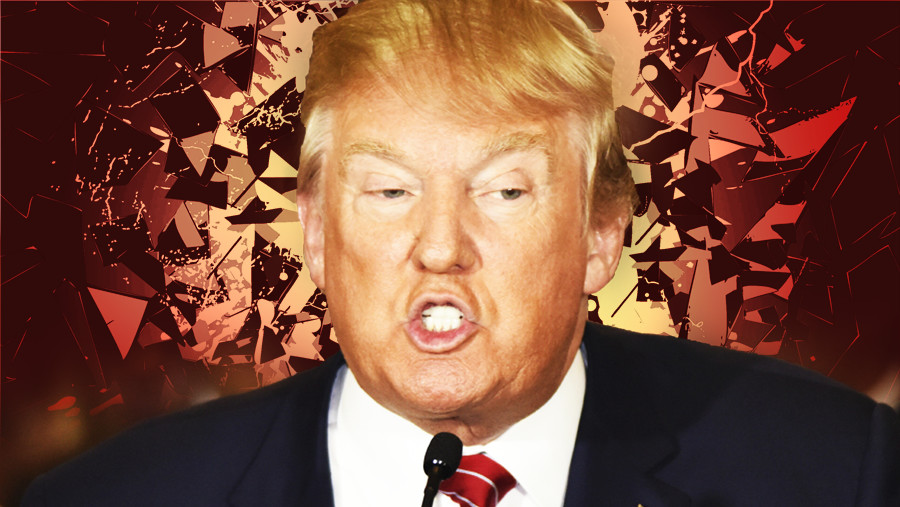 Trump, who aggressively denounced minimum wage increases in the primary, has now insisted he is for a minimum wage increase. When waffling on his own tax plan that he may not actually even understand, Trump says he is allowed to change his mind. Donald Trump changes his mind on things with metronomic precision.

Over the course of the next two months, Democrats will spend $20 million against Donald Trump. His Republican opponents may have spent their time attacking Trump’s small hands, but Democrats will use his own words against him. The attacks by Trump’s Republican opponents had an impact on women. Polling and focus group studies suggest few of the attacks ever persuaded white men to distance themselves from Trump. Democrats have time to find attacks that will persuade them.

Not only will Democrats attack Trump in a sustained air war starting on June 8, Trump himself will be out on the campaign trail. His campaign, which frequently behaves like feral animals, will be on full display. The media that gave Trump roughly $2 billion in free media and softball interviews will dry up. Republicans will finally get a sense of the campaign Donald Trump will run. The signs are thus far not encouraging.

Trump failed to recognize that Paul Ryan’s refusal to endorse Trump was an effort to inoculate Ryan’s Republican congressmen from fallout in tight congressional races. Some Republicans will need the ability to oppose Trump just as Republicans in 1990 needed to run against George H. W. Bush and his tax increases to save their jobs. In failing to recognize what Ryan was doing, Trump and his surrogates piled on Ryan. Trump’s campaign declared that Trump’s agenda, not Ryan’s would rule the party.

If that was not enough, Trump then attacked Russell Moore, the head of the policy arm of the Southern Baptist Convention, as “a nasty guy with no heart!” In addition to not needing the Republican Party to unite, Trump perhaps has decided he does not need Christian evangelical support either.

As all of this plays out, Republicans bound for Cleveland at the end of July need to ask themselves why they should not stop the disaster. They need to realize that they do not have to cast their votes for Trump. For all the talk over the primary season about delegates being bound by the votes in their primaries and caucuses, the delegates themselves can vote to unbind themselves.

The next two months will more likely than not provide the delegates ample reason to unbind themselves. The polling averages now have Hillary Clinton with a six point lead. While Trump supporters say it is only May, it is worth noting that in 2008 and 2012 the polling stayed fairly consistent and President Obama’s margins only grew.

Trump supporters say that in 1980, Ronald Reagan had a come from behind victory that surprised everyone. That is only true of Gallup polling. As several pollsters have noted, the polling average in 1980 had Ronald Reagan take the lead by the end of May and he never lost it. The myth of the come from behind victory is just that, a myth. Republican delegates in Cleveland need to separate reality from myth.

The reality is that Donald Trump secured the support of a third of Republicans in the primary in a crowded field and even when running unopposed last week in Nebraska still had forty percent of the party oppose him. Since then, Trump has done nothing to show he will actually grow up. When Republicans get to Cleveland in July they should understand that the Presidency, the Senate, the House, and a host of governorships and state legislative races are on the line. They do not have yield to disaster. They can fight it by unbinding themselves and rejecting Donald Trump’s train wreck.

Giddy and Grieved Over the Jussie Smollett Hoax