Righteous Living in a Troubled Nation

Adapted with the permission of our friends at ColsonCenter.org 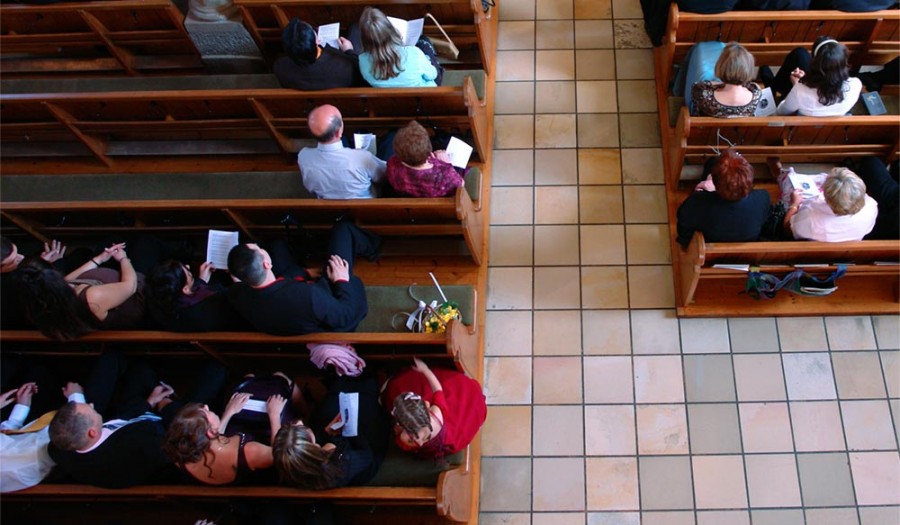 I must admit that when I taught the Sunday school lesson upon which this series is based, my [previous] answer was limited to the loving part. I said that a righteous person living in a doomed nation needs to love like Jesus. After all, Jesus gave us this “new commandment” the night before He was crucified, and He stated that our ability to love people would be the mark of His disciples (John 13:34-35). Love is foundational to who we are and how we conduct ourselves and love motivates us to endure when the world is against us (1 Peter 3:14). But upon further reflection, I realized that two principles — loving and bearing reproach — should stand together.

Hated for His Name’s Sake

If you are keeping up with the news, you know that American Christians are being targeted by homosexuals for taking a biblical stand on marriage as the union of one man and one woman. Obviously, there are other cases where Christians are at odds with the prevailing winds of culture, but since same-sex marriage has been so prominent, we will focus on it.

In recent months, we have seen traditional marriage advocates:

While what these Christians are enduring might seem minor in a world where our brethren in the Middle East are being beheaded by ISIS, they are not minor to the individuals involved (nor would such attacks seem insignificant to us if we were the target). The fact that such incidents are on the rise — and that they’re gaining public support — should be a wake-up call for Christians whose values are rooted in the Bible. Whether it’s our belief in traditional marriage, the sanctity of human life or religious freedom, Christians are increasingly being told that we must change our beliefs and “get on the right side of history” — or else.

How should we respond? First, we should honor our brothers and sisters who are currently facing the “hatred test” as they seek to obey God, not man. They are on the front lines of the Constitutional battle for everyone’s religious freedom, not just Christians’. Thus, we need to remember them daily in our prayers and — because many of these battles are ongoing and expensive — offer financial support as we are able. We must also take courage from their examples so we are mentally prepared to follow their lead should we be targeted.

Most critically, since we desire to honor God, we must bear the reproach of the world without falling into sin ourselves. We must not give in to fear, or be provoked to bitterness, hatred or revenge. Sin must not characterize our response; love must. However, it should not be the permissive emotion promoted by the LGBT community which seeks to legitimize what God has clearly called sinful, for that’s not how Jesus loved others.

Instead, we must practice tough love, the love that led Jesus to tell the woman caught in adultery that she was forgiven, but that she needed to stop committing adultery (John 8:11). He treated her tenderly and with respect because she was a woman made in God’s image, but He did not treat her sin as if it were inconsequential. Jesus told her to turn away from it because He knew that relentless, habitual sin — unrepented and unconfessed — makes fellowship with God impossible. As the Apostle John reminds us, “If we say we have fellowship with him while we walk in darkness, we lie and do not practice the truth” (1 John 1:6). Simply put, sin hurts both the guilty and the innocent, as we all know from our own experience; and anyone who implies otherwise is deceived.

Tough love requires us to take the difficult and painful path of “speaking the truth in love” (Ephesians 4:15) — whether it be to the homosexual couple who wants us to put a stamp of approval on their “marriage” or to the pro-abortionist politician who insists we change our faith-based beliefs regarding the sanctity of life to fit their politically-correct agenda. (I wonder what arguments they believe will persuade God to change His mind.)

Tough love — whether we are on the giving end or the receiving end — is genuine love because it helps us turn away from our sinful habits so we can live pure and holy lives. It names our sin and calls us to repent. Yes, tough love hurts, but in the end, for those who repent, it reaps “a peaceful harvest of right living” (Hebrews 12:11 NLT).

Paul said that those who desire to live godly lives will be persecuted (2 Timothy 3:12), as he knew firsthand:

… by great endurance, in afflictions, hardships, calamities, beatings, imprisonments, riots, labors, sleepless nights, hunger; by purity, knowledge, patience, kindness, the Holy Spirit, genuine love; by truthful speech, and the power of God; with the weapons of righteousness for the right hand and for the left; through honor and dishonor, through slander and praise. We are treated as impostors, and yet are true; as unknown, and yet well known; as dying, and behold, we live; as punished, and yet not killed; as sorrowful, yet always rejoicing; as poor, yet making many rich; as having nothing, yet possessing everything.  (2 Corinthians 6:4-10)

Despite opposition, Paul could not be dissuaded from preaching the gospel and teaching people how to live godly Spirit-filled lives. His love for Christ compelled him, as our love for Christ must compel us now.

So, if you are slandered, maligned, sued, fined, fired, verbally or physically attacked, or facing imprisonment because you refuse to render to Caesar the things that are God’s (Mark 12:17) follow the admonitions of someone who knew what it’s like to be hated for Christ’s sake.

Abhor what is evil; hold fast to what is good … Rejoice in hope, be patient in tribulation, be constant in prayer … Contribute to the needs of the saints and seek to show hospitality … Bless those who persecute you; bless and do not curse them … Rejoice with those who rejoice, weep with those who weep … Repay no one evil for evil, but give thought to do what is honorable in the sight of all … If possible, so far as it depends on you, live peaceably with all … Never avenge yourselves, but leave it to the wrath of God … Do not be overcome by evil, but overcome evil with good. (Romans 12:9-21)

Are you ready to love and bear reproach for Jesus’ sake? God tells us to live ready. He tells us not to be surprised when we are hated (1 John 3:13), nor to fear what men can do to us (Matthew 10:28), nor to worry about how to defend ourselves when the time comes, for the Holy Spirit will guide us (Mark 13:11). He asks only that we keep loving, keep enduring, and keep trusting Him until the end.

Many of us grew up in an America whose Judeo-Christian roots were still intact. That has changed. So perhaps for the first time in your life, you are considering the true cost of discipleship. This week, read Matthew 10:34-39 and reflect on our Lord’s sobering words. Then pray that the growing pressure upon American Christians will lead to spiritual revival, renewal, and awakening.

Adapted from: Righteous Living in a Doomed Nation, Part 6,  by Diane Singer, Colsoncenter.org, May 04, 2015 — Reprinted with permission.