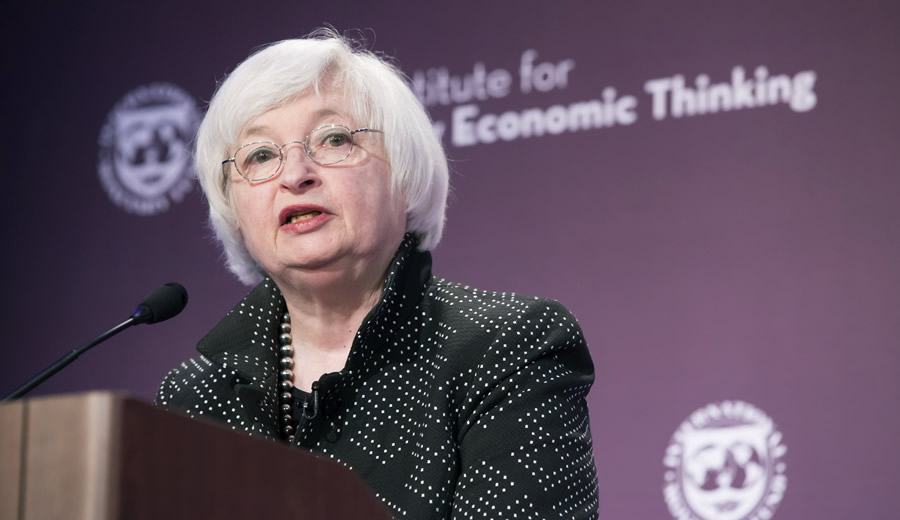 Treasury Sec. Janet Yellen received more than $800,000 in speaking fees from a hedge fund that has become embroiled in the saga over stock trades for video game retailer GameStop, according to her financial disclosures.

Citadel, a hedge fund founded by Ken Griffin, a major GOP donor, paid Yellen $810,000 to speak at several events from October 2019 to October 2020, according to Yellen’s filings with the Office of Government Ethics.

Citadel is invested heavily in Melvin Capital, a hedge fund that was reportedly on the brink of bankruptcy this week due to a surge in GameStop share prices.

According to an article on Immediate Profit, Citadel and another firm, 72Point, invested $2.75 billion in Melvin this week after it lost 30% of its capital, according to The Wall Street Journal.

White House press secretary Jen Psaki said Wednesday that Yellen, who was confirmed by the Senate on Monday, is “monitoring the situation.”

There is no indication that Yellen has intervened to help Citadel or Melvin or that she plans to, but calls are growing on all sides of the issue for more regulation from the federal government.

Some institutional investors and regulators have called for more scrutiny of platforms like Reddit and social media sites that have allowed users to plot out investment strategies en masse.

Massachusetts Sen. Elizabeth Warren asserted on Wednesday that hedge funds and other wealthy investors have long used the tactics deployed by the Reddit users investing in GameStop.

“For years, the same hedge funds, private equity firms, and wealthy investors dismayed by the GameStop trades have treated the stock market like their own personal casino while everyone else pays the price,” Warren said.

She called on the Securities and Exchange Commission (SEC) and other regulators “to wake up and do their jobs.”

While the SEC has typically taken the lead on regulating the stock market and hedge funds, the Treasury Department’s website says one of its missions is to help formulate policy for “financial market oversight and regulation.”

Citadel has lobbied the Treasury Department, House and Senate since 2008, according to disclosures filed with Congress.

The hedge fund has come under criticism not just for helping bail out Melvin, but also over its relationship with Robinhood, a stock trading app popular with the investors buying into GameStop.

The app allows users to quickly buy and sell shares with no trading fees.

On Thursday, Robinhood halted trading of GameStop and other companies whose shares have been hyped on Reddit and other sites.

The decision sparked backlash from Robinhood clients, some of who noted that Citadel and other hedge funds pay the firm for trade data.

CNBC reported in April 2019 that Robinhood has come under criticism for selling customer data to Citadel and other so-called high-frequency traders.

The Treasury Department did not respond to a request for comment.