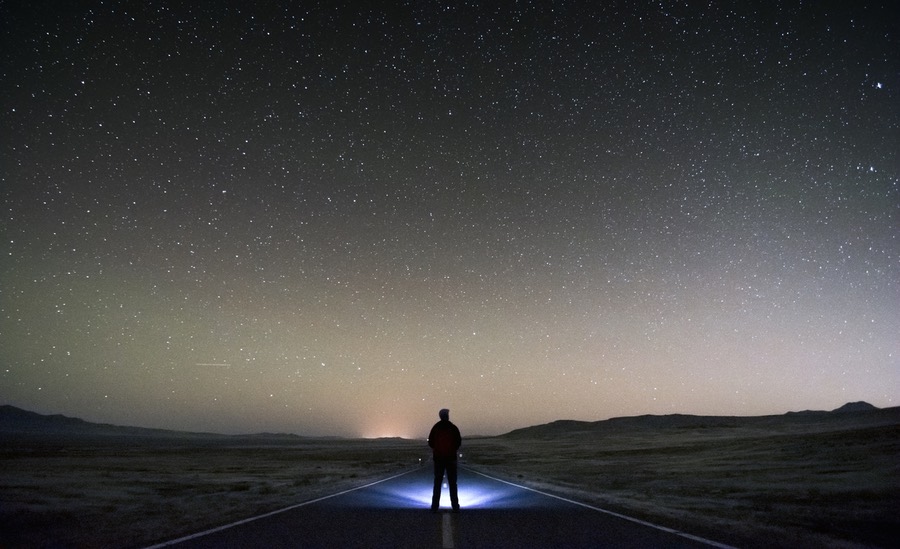 Remember existentialism? It was all the rage in my youth. Since then? Nothing.  The Stanford Encyclopedia of Philosophy marks its end in Woody Allen’s movies of the 1970s. It had its impact, though. In fact, it’s easy to trace a direct line from there to today’s transgender movement. And even though existentialism is now passé, we can learn something from what’s come of it — something about God, atheism and human nature.

So let’s take a glimpse into Jean-Paul Sartre’s 1957 book, Existentialism and Human Emotions. It’s specifically about atheistic existentialism. In fact, I’d go so far as to suggest that Sartre was in many ways the modern era’s clearest, most consistent, most ethically responsible atheistic thinker. The lesson we can learn here is what happens when the best atheistic philosophy fails; as it must do, since atheism is false.

Sartre wrote that if God does not exist, then

Man exists, turns up, appears on the scene, and, only afterwards, defines himself. … At first he is nothing. Only afterward does he become something, and he himself will have made what he will be. Thus, there is no human nature, since there is no God to conceive it. … Man is nothing but what he makes himself.

And so although Sartre doesn’t say so himself, it follows that if man makes himself woman, there is no essential human nature to stop him from it.

Sartre set existentialism’s core principles in direct opposition to Christianity. He likened the Christian view of God and man to a man’s work in creating a paper-cutter. The paper-cutter is “an object produced in a certain way and … having a certain use;” so obviously, there is no such thing as a man “who produces a paper-cutter but does not know what it is used for.”

Similarly, when God created humans He had a specific design in mind. Human nature is nothing other than what God has made it to be. God had a specific purpose for humans in mind, and we can either fulfill or deny that purpose. In fact, to deny our nature and purpose is to struggle not just against ourselves or each other, but against reality itself. In the end, reality must always win, which is to say, God Himself wins, and the reality-deniers lose. Those who align their lives with reality, on the other hand, share the joy of God’s victory in it.

If there’s any good to be found in the transgender movement, it’s this: It’s a living demonstration that Sartre’s project was wrong from the start. There is no coherent atheistic position.

That’s basic Christian teaching. If, however, there is no God, says Sartre, then human nature and human purpose are out the window. We are just what we make ourselves to be; and as our own makers, we are radically responsible for our choices. We can choose as freely as we wish. The one ruling moral principle, as stated by Sartre’s colleague and paramour de Beauvoir, is “authenticity.” Sartre himself said as much; that as we create ourselves, we ought not create a lie.

When I use the word “transgenderism” or “transgender movement” in this article, I’m referring to the ideology that says gender is a matter of mental decision rather than physical reality.

I’m specifically not talking about gender dysphoria or the previously used diagnosis, gender identity disorder. These are clinical conditions whose origins may have little to do with whether one believes in God or not.

I associate transgenderism with atheism in this article. I do not suggest, however, that every trans person is an atheist. The “ism” is essentially atheistic in nature, but not every person involved in it draws that connection as clearly as they possibly could or should.

All in all, it’s a fair statement of what human life might be if there is no God. There is no such thing as human essence, no human nature; there is only human will. My will — and my will alone — determines what it means to be me. And I have but one responsibility, which is to be authentic to myself.

I read this book as an undergrad, and I got what Sartre was saying. Considering where he was coming from, that is, I could make out what he meant by it. But it took today’s transgender movement really to bring his doctrine to life. For what is this movement about, but trans persons’ declaration that they have no human nature or essence but what they decide for themselves?

Sartre was all about radical freedom, not being constrained by anything but one’s own decisions. What could be more free than finding freedom from your own biology? This looks a lot like existentialism in action.

Sartre Would Be Unhappy

Except I think Sartre would be disappointed. Today’s LGBT movement is too flippant, too irresponsible, too literally gay for him. According to Sartre, the person who truly grasps the human condition knows that the image we fashion for ourselves “is valid for everybody and for our whole age. Thus, our responsibility is much greater than we might have supposed, because it involves all mankind.”

The one who chooses his own being for himself is at the same time “a lawmaker… choosing [for] all mankind.” Thus he “can not help escape the feeling of his deep and total responsibility.” One should always ask himself, Sartre says, “What would happen if everybody looked at things that way?” Then he warns: “There is no escaping this disturbing thought except by a kind of double-dealing.” We have to accept this freedom and make our choices authentically, with nothing guiding us but our own will. To do that we must accept what comes with it: “anguish, forlornness, despair.”

But where is anyone taking note of this responsibility in today’s trans movement? There is power in play there, to be sure. There is choosing for others, indeed, there is forcing choice on others. But there is no hint of Sartre’s reflective questioning. No one is asking, “What if everyone treated life this way? What if everyone could bend every other person’s reality by the power of their mental state, as trans people claim to do? How would we view it if everyone forced their will on others, the way we do when we demand everyone treat us as the ‘gender’ we’ve declared ourselves to be? What if every person had to submit to everyone else’s private pronouncements about public reality?”

I’ve written in the past of the god-like move trans persons make when they force their reality on others. Sartre actually says, “man is the being whose project is to be God.” He also says, “Existentialism is nothing else than an attempt to draw all the consequences of a coherent atheistic position.” Besides that, it was also his attempt to hold on to human responsibility in the process.

For my money, it’s the best attempt any atheist has made so far. Still it fails. The transgender movement shows what happens when that attempt gets carried out in real life. It goes to seed. It grabs the god-like freedom, and adds as much power to it as it can. But it does so without owning a bit of the responsibility Sartre wanted to keep alive.

In fact, if there’s any good to be found in the transgender movement, it’s this: It’s a living demonstration that Sartre’s project was wrong from the start. There is no coherent atheistic position. There can’t be; not in this God-created, God-ruled world we live in. The trans movement is fighting against reality. Reality — meaning, God Himself — still wins.