The Transgender Abolition of Man

How C. S. Lewis foresaw the implications of transgender activism. 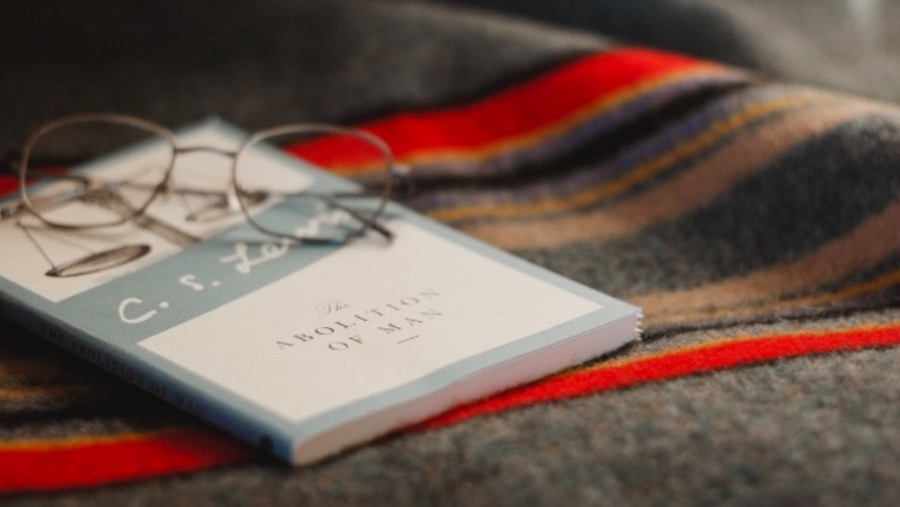 Mankind has been trying for centuries to conquer nature. Now we’re trying to conquer not just nature but human nature. How? Look at the transgender movement.

C. S. Lewis explored this conquering impulse in The Abolition of Man, his brilliant analysis of mankind’s impossible quest to re-engineer mankind. It’s our grand project to free ourselves from the constrictions imposed upon us by human nature. And not just human nature, but that to which human nature looks: “the Tao,” Lewis’s chosen term for moral principles recognized by people the world over.

Here’s how he saw it unfolding when he wrote in the middle of the twentieth century. Human nature has to be wiped clean of its “flaws,” both physical and mental. Someone must manage and correct everyone’s thoughts and attitudes through propaganda and behavioral conditioning. Only one all-controlling, all-wise State could have that “conditioning” power.

That inevitably leads to tyranny. That is its first, most obvious problem, illustrated masterfully in Lewis’s novel That Hideous Strength. But there’s much more wrong with this project: The tyrant seeking to control Nature will always find himself controlled by nature.

Lewis summarized it well in The Abolition of Man. With the secularist’s Nature-debunking philosophy in mind, he wondered, “In what sense is Man the possessor of increasing power over Nature? When all that says ‘it is good’ [the Tao, that is] has been debunked, what says, ‘I want’ remains.”

That is, if you can’t say, “This is right,” you can only say, “This is what I want.” So then, Lewis concludes: “The Conditioners, therefore, must come to be motivated simply by their own pleasure.”

And from where does that all-controlling pleasure motivation come? From the same human nature the Conditioners seek to overpower — still intruding, still overwhelming. “By the logic of their position,” Lewis says, ”they must just take their impulses as they come, from chance. And Chance here means Nature. It is from heredity, digestion, the weather, and the association of ideas, that the motives of the Conditioners will spring.”

Nature is never conquered; it only hides in ambush. In the end it always wins.

The Conditioner may think he has driven Nature into the bushes, but Nature is never conquered; it only hides in ambush. In the end it always wins. Man seeks to rule, but the weather does instead. Or what he had for lunch or some random thoughts.

Or heredity, as Lewis did not fail to point out — which certainly includes, “I was born this way.”

But that was then, as they say, and this is now. Technology? Conditioning? That’s so twentieth century! Who needs that, when we can control nature through the raw power of the mind? A man decides he’s a woman, and by that declaration he becomes one. His decision rules all. His nature is his to choose. Each individual runs reality now.

We can forgive Lewis for not seeing today’s “transgender moment,” as Ryan Anderson calls it in the subtitle to his new book, When Harry Became Sally. No one else saw it coming either, not even as recently as five or six years ago. But Lewis did foresee quite accurately how far Man would go in his quest to conquer Nature: All the way, until he collided with reality.

No Escape for the Transgendered

The sad thing? Even when modern man collides with reality, he won’t admit it. He just doubles-down on the idea that he can make reality bend to his wishes. But he can’t; especially not according to the philosophy that would allow a man the choice to be a woman. That same philosophy, you see, also insists that his choices are determined by Nature. Everything is determined by natural law, period. The mind, as Lewis noted, is ruled by the weather or by digestion. Even the LGBT “born this way” defense is an admission that the mind has no power over Nature after all.

So in the world of transgender activism the mind controls all, yet in that same world the mind controls nothing. Physical nature determines nothing, yet physical nature determines everything. Or as Lewis put it, “Man’s conquest of Nature turns out, in the moment of its consummation, to be nature’s conquest of Man” — meaning, all that is distinctly human.

The transgender person born male wishes to abolish his manhood; the transgender movement carries forward the abolition of Man. And all humanity — or so it seems, at least — is stumbling over itself racing to throw itself on the fires of its own destruction.

Humans and Nature Both Have Limits

To be human is to rise above Nature, but not in that way. We’re unique beings: firmly situated in nature, yet having a Nature of our own that can rise above nature. Yes, there’s a tension here, but it’s not a contradiction of reality; it’s a recognition of it. We have our limitations and must live within them; but nature has its limitations, too, and it meets them wherever there are human beings — creatures made the image of God. Nature’s control over the rocks and trees is absolute. Over us, however, it shapes but not dictate what, by grace, we can become..

Yet the limits work both ways. We can choose who we are in terms of our character and our relationships. Nature still decides who and what we are in our bodies. The wise person knows what he or she has control over within the bounds of reality, and is content to live with that. Or to struggle with it, as we all must do in different ways.

The wiser, saner battle to fight is the one that takes place within the mind.

So transgenderism doesn’t just deny sex “assigned at birth.” Lewis’s Abolition of Man shows how it denies humanness itself. Its freedom is tyranny, no less than the freedom of Lewis’s Conditioners. Its attempt to rise above Nature is subjugation instead. This quest to give individuals control over reality cannot help but diminish humanity.

Therefore, while I have nothing but empathy for the gender dysphoric, who cannot feel comfortable in their own bodies, I have nothing good to say for the movement that tells them their best answer is to defeat their bodies. These activists are urging them — and all of us, really — to fight a fight on the wrong field, trying to overcome Nature where Nature simply cannot lose.

The wiser, saner battle to fight is the one that takes place within the mind. Victory isn’t easy there; if it were, it wouldn’t be the battle it is. It isn’t always easy even to define what victory means. But if it means anything at all, it must include this: holding firm to humanness, resisting the abolition of manhood and womanhood — and with it, also resisting the abolition of Man.