The Tragedy of Greta Thunberg 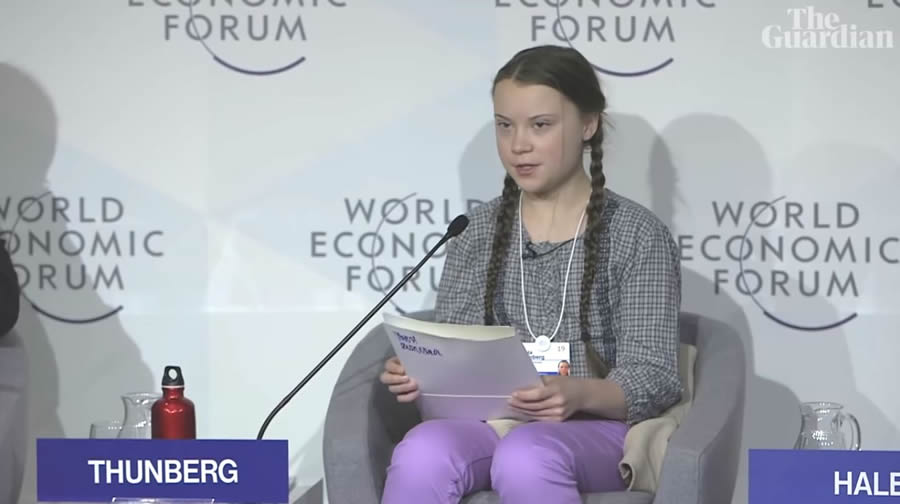 Sixteen-year-old Swedish climate change activist Greta Thunberg lives in the healthiest, wealthiest, safest and most peaceful era humans have ever known. She is one of the luckiest people ever to have lived.

In a just world, Thunberg would be at the United Nations thanking capitalist countries for bequeathing her this remarkable inheritance. Instead, she, like millions of other indoctrinated kids her age, act as if they live in a uniquely broken world on the precipice of disaster. This is a tragedy.

Raising a Generation of Pagans

“You have stolen my dreams and my childhood with your empty words,” Thunberg lectured the world. And maybe she’s right. We’ve failed her by raising a generation of pagans who’ve filled the vacuum left by the absence of faith, not with rationality, but with a cultish worship of Mother Earth and the state. Although, to be fair, the Bible-thumping evangelical’s moral certitude is nothing but a rickety edifice compared to the moral conviction of a Greta Thunberg.

It’s not, of course, her fault. Adults have spent a year creating a 16-year-old because her soundbites comport with their belief system. It was “something about her raw honesty around a message of blunt-force fear (that) turned this girl from invisible to global,” says CNN in a news report about a child with a narrow, age-appropriate grasp of the world.

It should be noted that “blunt-force fear” is indeed the correct way to describe the concerted misinformation that Thunberg has likely been subjected to since nursery school. There probably isn’t a public school in America that hasn’t plied the panic-stricken talk of environmental disaster in their auditoriums over and over again. New York City and other school systems offer millions of kids an excused absence so they could participate in political climate marches this week, as if it were a religious or patriotic holiday.

We’ve finally convinced a generation of Americans to be Malthusians. According to Scott Rasmussen’s polling, nearly 30% of voters now claim to believe that it’s “at least somewhat likely” that the earth will become uninhabitable and humanity will be wiped out over the next 10-15 years. Half of voters under 35 believe it is likely we are on the edge of extinction. Is there any wonder why our youngest generation has a foreboding sense of doom?

It’s the fault of ideologues who obsess over every weather event as if it were Armageddon, ignoring the massive moral upside of carbon-fueled modernity. It’s the fault of the politicians, too cowardly to tell voters that their utopian vision of a world run on solar panels and windmills is fairy tale.

It’s the fault of media that constantly ignores overwhelming evidence that, on balance, climate change isn’t undermining human flourishing. By nearly every quantifiable measure, in fact, we are better off because of fossil fuels. Though there is no way to measure the human spirit, I’m afraid.

Absurd to Think America Should Chose Poverty Over Prosperity

Thunberg might do well to sail her stern gaze and billowing anger to India or China and wag her finger at the billions of people who no longer want to live in poverty and destitution. Because if climate change is irreversible in the next 10-12 years, as cultists claim, it can be blamed in large part on the historic growth we’ve seen in developing nations.

China’s emissions from aviation and maritime trade alone are twice that of the United States, and more than the entire emissions of most nations in the world. But, sure, let’s ban straws as an act of contrition.

Boomers, of course, have failed on plenty of fronts, but the idea that an entire generation of Americans should have chosen poverty over prosperity to placate the vacuous complaints of privileged future teenagers is absurd. No generation would do it. Until recently, no advanced nation has embraced Luddism. Although these days, Democrats who advocate for bans on fossil fuels and carbon-mitigating technologies such as fracking and nuclear energy are working on it.

Climate activists could learn something from Thunberg’s honesty, though. She argues that “money and fairy tales of eternal economic growth” have to come to an end. The emission cuts that environmentalists insist are needed to save the earth would mean economic devastation and the end of hundreds of years of economic growth. This is a trade-off progressives pretend doesn’t exist.

And Thunberg’s dream for the future means technocratic regimes will have to displace capitalistic societies. We can see this future in the radical environmentalist plans of Rep. Alexandria Ocasio-Cortez’s Green New Deal, one supported by leading Democratic Party candidates. It’s authoritarianism. There is no other way to describe a regulatory regime that dictates exactly what Americans can consume, sell, drive, eat and work on.

One imagines that most Americans, through their actions, will continue to reject these regressive ideas. One reason they should is so that Greta Thunberg’s generation won’t have to suffer needlessly.

David Harsanyi is a senior editor at The Federalist and the author of First Freedom: A Ride through America’s Enduring History With the Gun, From the Revolution to Today.