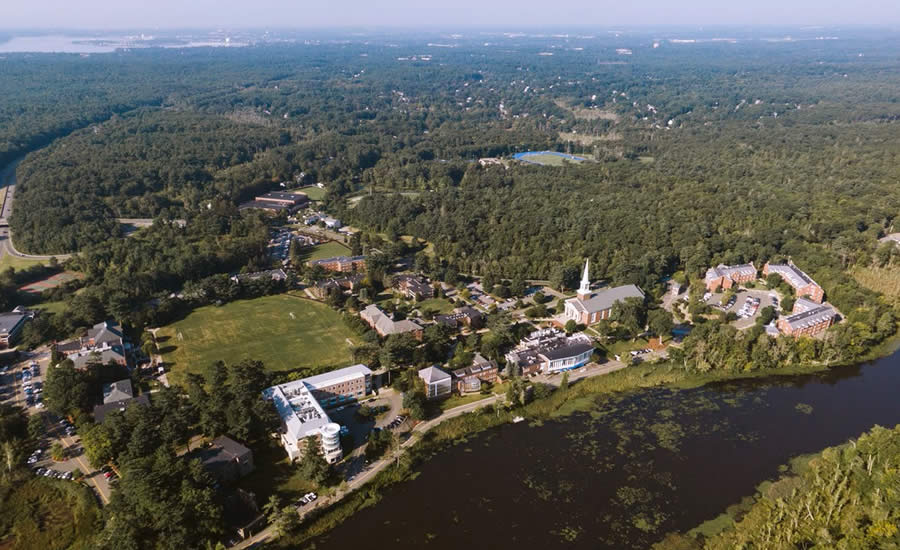 Gordon College, a respected evangelical school just outside Boston, has announced the reduction of 36 faculty and staff positions for next year. Several majors are being cut, including Physics; Chemistry; Spanish; French; Secondary Education; Middle School Education; Recreation, Sports, and Wellness; and Social Work.

History, Philosophy, and Political Science will be consolidated into a new department. You’ll still be able to major in Political Science or International Affairs. Not History or Philosophy. Several options are still being considered for incoming freshmen who declared one of those majors.

Bad timing for those affected. One parent said it this way on social media, “My son just opted out of Carnegie Mellon to attend Gordon this fall for physics and now there is no longer a physics major? I wish we had known this before the May 1 deadline.” Many, but not all, universities have a May 1 enrollment decision deadline. Gordon says it took them until now to finish their budget.

Several new, integrated majors were announced: Sociology and Social Practice, Biochemistry and Integrated Science, and Physics and Applied Sciences. This parent’s son, for example, could take a physics track within the new physics and applied sciences major.

Middle School and Secondary Education are being collapsed together. The hope, I think, is to get students into specific post-graduate licensure programs more quickly.

Speaking of which, Gordon announced a fast-track pathway that will allow for three-year degree completion for virtually all programs. The idea is to add a January term and offer more summer courses.

Not the First Time

Faculty and staff cuts were last made in 2015. That put FY2016 in the black after four consecutive loss years. The 2015 reset was a response to lower than expected enrollment over the prior two years. With these 2019 cuts, Gordon says they’re being proactive. They’re acting out of financial prudence, to prepare for the long haul, rather than from a position of financial distress. But the majors being restructured are the less popular ones.

Why is enrollment declining? For one, demographics. Fertility rates have been declining for years, dropping more than 12 percent by 2013, and now declining by about 1 percent per year. This means fewer students coming up the K-12 pipeline. In the past five years, college enrollment is down by about 1.9 million students. The problem is particularly acute in the Northeast. Since most students choose a college within 50 miles of home, it makes sense that places like Gordon would take a hit.

Christians who go to college should consider what kind of person an education is shaping them to become. It can’t just be about learning a specific set of skills to do one job.

Christian colleges like Gordon have the added burden of only drawing from a pool of students willing to consider, and pay more for, a Christian education. “Pay more,” because private schools don’t have the same benefit of tax dollars as state schools do, to lower the price tag.

I don’t think everyone should go to college. The tech fields are starving for good workers. But Christians who go to college should consider what kind of person an education is shaping them to become. It can’t just be about learning a specific set of skills to do one job. It’s about becoming the kind of person who has the character, maturity, values, habits, demeanor, and comportment to succeed in any number of jobs — and, more importantly, to make a positive impact on society as a better citizen, church member, spouse and parent.

Quality Christian education is worth the extra money, to a point, and for those who have, or could have, the resources. I’ve known students and families who’ve taken on enormous debt for a Christian education. While I admire their good intentions, I’m not a fan of that approach. We have to live within our means. I don’t want to coerce families into spending far more than is reasonable for them. But does it make sense to spend less on entertainment and vacations so that your kids can have an education that better shapes their character, values, and spiritual life? I think it does.

Notice I said quality Christian education. The pros and cons of the curricular changes Gordon is making can be debated. Especially for students hoping to major in one of the disciplines now being restructured. Thankfully, any major of study that may not be offered in the same format to future students can still be completed by current students over the next three years.

I don’t know what other alternatives the Board considered. But I do think the principle of charity requires we believe the best about Gordon’s motives (I Cor. 13:7). They seem to be aiming for transparency, spelling out the details of their changes in a series of easy-to-follow webpages.

Gordon took serious hits in the later Obama years for their religious liberty concerns and LGBT stance. Their leadership’s convictions appear to be in line with biblical principles. As a lover of Christian education, I pray that Gordon College weathers the demographic storm and flourishes in the years to come.