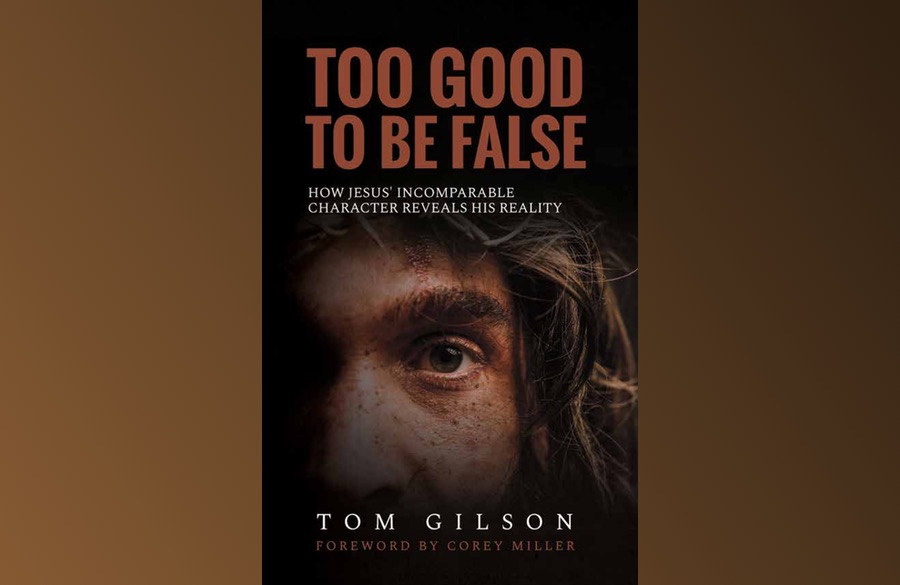 Over and over, readers of my new book Too Good to be False: How Jesus’ Incomparable Character Reveals His Reality are saying the book has surprised them. Stream contributor Sean McDowell put it pithily: “With so many books on Jesus, how do you say something fresh? My friend Tom Gilson has figured it out.”

What they don’t know is how many surprises I experienced myself while writing it. If there’s anything I’ve “figured out,” it’s that Jesus’ greatness can still stun you. It happened to me in my research for this book, and I’m gratified to hear readers say the book has had the same effect on them. Talbot Seminary Distinguished Professor J. P. Moreland wrote, “I have never approached the Gospels in this way, and with Gilson’s guidance, I have come to love, respect, and worship Jesus with renewed vigor and insight.”

Not Your Usual Bible Study Method

He’s never studied the Bible this way? He’s a seminary professor — not to mention one of my two top living intellectual heroes! All I can say is, it’s not your usual Bible study method. Everyone else studies what Jesus did and what He said. This book is about what He didn’t say and didn’t do.

Speaking of “didn’t,” I’ll bet that didn’t make sense when you read it. It’s about seeing the comparisons between Jesus and other great leaders including religious founders and even great characters in literature and mythology. Jesus doesn’t do things like any of them. Placing Him next to others that way, it becomes blazingly obvious how much better He is than even the best of the best. There’s no one like Him in history, and no character like Him in fiction. He stands far apart. Astonishingly far.

He Really Is Too Good to be False

But there was a second discovery to go along with that. We have this story of an incredibly great character. But is the story true? What if it isn’t?

You can purchase Too Good to be False here.

Also: Read more here about the book, and check out two recent interviews, including one with The Stream’s Dr. Michael Brown.

Readers agree: It’s a powerful new case for Christianity. It starts with the story of Jesus, and asks, “Where could such an extraordinary main character could have come from? Who could have invented Him, if He was invented?” There’s no good answer to that question.

Again, this is a new case for Christ. More than one Christian thinker has said, “Nah. I don’t think you can make that argument work” — until they read it. Then they’ve changed their minds.

Skeptics so far have tried to get past the argument mostly by saying Jesus isn’t all that special after all. They’re not seeing Him for who He is — not even for the character that He is in the story that’s there for all to read.

For a Time When We Need His Greatness

Many times in the past few months I’ve literally looked around and said aloud, “Who? Me? How’d I get this privilege?” Of course it took study, but in the end there’s just one answer: God chooses whom He chooses. And yes, it’s both a privilege and a gift He’s allowed me to enjoy. Maybe, too, it’s because I really love telling how great Jesus really is.

My colleagues, fellow contributors, and I write on all kinds of crucial issues here at The Stream. It’s imperative that we all understand what’s going on in the world. But it’s also crucial that we don’t take Him for granted.

Without a living relationship with Jesus, how will we walk in the power and wisdom He wants to give us? Without His righteousness, truth, and purpose, why would it even matter? And without full confidence in Him, how can we be prepared for the hard question — the one that’s drawing closer every day — “Are we ready to follow Jesus no matter what?”

Yesterday I saw a review of the book by a blogger named Amber. I printed it out, took it to my wife, and asked her to save it so she could show it to me if I ever get discouraged.

Her story reminded me a lot of myself. She wrote (with commendable transparency) of her growing apathy toward Jesus before reading Too Good to be False. “The relationship end of knowing Jesus grows stale because I tend to think I know all there is to know,” she said. But she went on, “Too Good to be False totally shook me up. This book helped me to reopen my eyes to know how awe-inspiring and unbelievably wonderful my Savior is!” That’s the kind of response I love to hear.

I love it because I knew exactly what she was talking about. I can even remember looking at my Bible on my nightstand and wondering, “Why should I read it again? It’s not as if I don’t already know what’s in there.” It might be the single stupidest thought that’s ever crossed my mind.

There’s more in the Bible than anyone could ever fully dig out of it. And there are even surprises in what’s not there. Read the book and discover: Jesus is greater than either you or I could ever know.