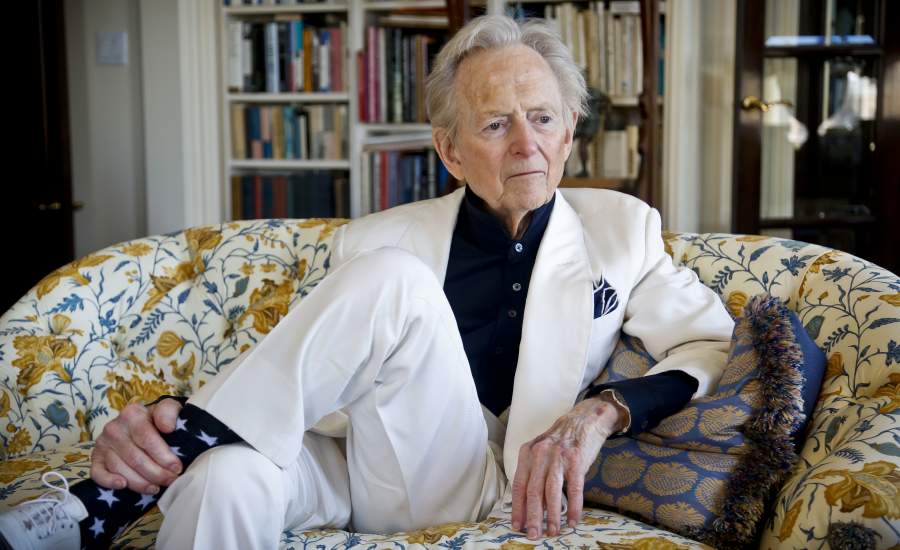 In this July 26, 2016 file photo, American author and journalist Tom Wolfe, Jr. appears in his living room during an interview about his latest book, "The Kingdom of Speech," in New York. Wolfe died at a New York City hospital. He was 88. Additional details were not immediately available.

Suicide, at 50-Year Peak, Pushes Down US Life Expectancy