To Win Redemption, Kyle Kashuv Knows What He Needs to Do 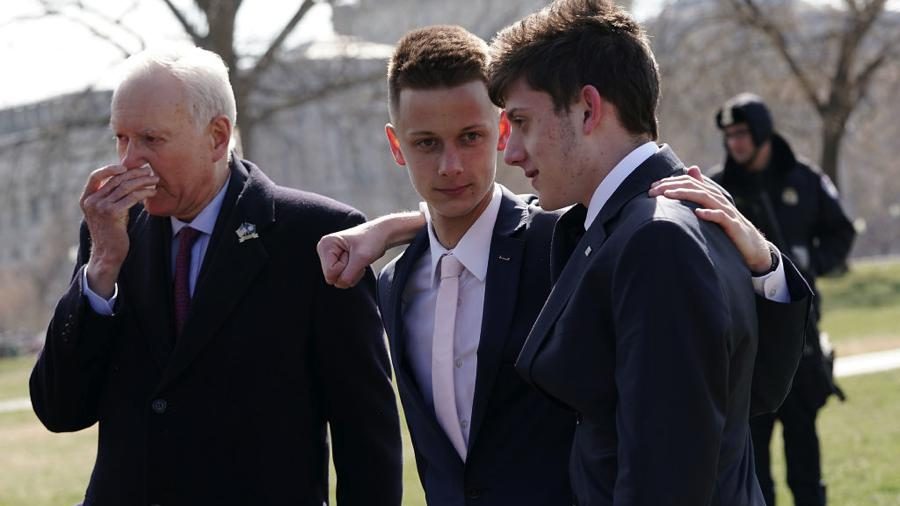 You’ve probably heard about this already. Kyle Kashuv, remember him? He’s the survivor of the Parkland shooting who didn’t get picked by Michael Bloomberg and other anti-gun activists. Who didn’t present himself as the insufferable “spokesman” for his peers, demanding that law-abiding Americans disarm. You know, to keep us safe from the psychos.

In fact, quite the contrary. Kashuv defended the Second Amendment, and supported real, common sense school safety measures. Like having security guards who don’t go hide outside, wetting their stretch pants till the shooting stops. And maybe the FBI following up on tips about students who brag about becoming future school shooters.

Like the much less qualified, but MSM-certified Parkland grad David Hogg, Kashuv got into Harvard. But his admission just got revoked.

Why? Because some past, private, racist comments of his have emerged. The comments were vile. Even a little shocking, for those who don’t spend much time around teenage boys. (warning: vulgar language).

Kashuv has told the story on Twitter of his back and forth with Harvard. He apologized for the vulgar, nasty comments. He asked the school what he could do to make this right. But the school, pressured by activists, answered him: nothing. There is no redemption, no second chance. Now Kashuv, who turned down “massive scholarships” at other schools, doesn’t know where he will go. A black mark hangs over his head, which might make him unemployable.

Since even fake charges of racism are enough to ruin people these days, Kashuv is right to worry. He said things that really do qualify. No it won’t matter that he was 16. Or that some of the people turning down his job applications have said or done worse at that age. They didn’t get caught, you see.

The Only Bad Thing Is Racism

In our society, we have abandoned the natural law. The result? Moral chaos, of course. We can’t agree on something as simple as not having drag queens read transgender come-ons to small kids at libraries. Our Supreme Court still pretends that basic American liberty consists of … making stuff up, when it comes to morality.

If Kyle Kashuv really wants to get into Harvard, he needs to follow the one road to redemption that Woke America recognizes. To bring the right victim to its altars.

But we can agree on one thing. Jim Crow was bad. Slavery was very, very bad. Bias is bad, as long as it’s not aimed at white folks. They deserve it. Or Christians, who really deserve it. Or Asians, who are just too sneaky and smart for Harvard. Really, or any member of a group more “privileged” by nature or fortune or history than the designated “victim” groups. They’re allowed to do whatever they want, from preaching Islamist hate or reveling in filthy, racist, misogynist, violent music. Because it’s totally not racist to hold them to lower standards as if they were incapable of decent human behavior. No, that’s anti-racist. Come on people, write this down. It’s gonna be on the mid-term.

Sinners in the Hands of an Intersectional God

But is there any redemption for a fully “privileged” straight white male? Some way he can make himself small and humble enough to be worthy of modest, populist Harvard? Is there some road to redemption, some sacrament of forgiveness, in the weird victim cult that is Intersectionalism? Can Kashuv get “washed in the blood?”

Well, Kashuv could announce that he’s “transitioning.” Blame his racist comments on the “pain” caused by “vicious transphobia” all around him. But I call that cutting off your nose to spite your face.

He could up and join ISIS. Then he’d receive the same kind of compassion and understanding that Scandinavian countries offer Syrian immigrants who went back home to wage jihad and trade sex slaves like baseball cards. Then beaten, slunk back to Stockholm. But Kashuv doesn’t want to go collect welfare in Sweden. He wants to go to Harvard. (Don’t ask me why. Somebody convinced him it was a good idea.)

The One Sacrifice of Redemption

Bill Clinton got a pass from feminists not just on sexual harassment but forcible rape. Why? Because he promised to protect access to abortion.

Virginia Governor Ralph Northam was caught running around in medical (not high) school with the nickname “Coonsman,” in either blackface or a Klan hood. He managed to stay in office because he favored abortion, and the Republican likely to replace him opposed it. In fact, Northam went Clinton one better: he backs infanticide.

The god of the Intersectionalists nodded, sated. This was an acceptable sacrifice. At least it’s of the innocent.

Margaret Sanger’s writing is laced with racist invective. She ran a eugenics organization, and colluded with pro-Nazi ideologues, for decades. But Planned Parenthood still gives an award in her name, and politicians like Hillary Clinton still accept it. Why? Because her group pioneered legal abortion. In fact, it performs them in virtually every non-white neighborhood in America.

So if Kyle Kashuv really wants to get into Harvard, he needs to follow the one road to redemption that Woke America recognizes. To bring the right victim to its altars.

Kashuv Needs to Get His Hands Dirty

Kashuv isn’t president, or the governor of a state. He can’t make much of a difference to abortion laws. So if he really wants Harvard’s blessing, he needs to make a powerful personal gesture. To get his hands a little dirty. He needs to perform an abortion.

But that’s silly, you’ll say. He’s not a doctor. That much is true. But he doesn’t need to be, at least in Maine. So hungry is the god of the left for victims, abortion advocates are pushing laws in state after state that let non-doctors do them. In Maine all he needs to be is a “certified nurse midwife.” That’s a lot easier than getting into Harvard. A few years of school at a community college and bam! Kashuv will be legally qualified in a state not far from Harvard.

He can invite the Harvard Admissions Committee to come witness the ritual. Or maybe videotape it, put it on YouTube. It doesn’t matter if the child killed is white. Presidential candidate Kirsten Gillibrand has certified that fighting abortion itself is racist. So what could be more anti-racist than actually doing one? The unborn kid could be red, brown, yellow, black or white. All are victims in this rite.

Kashuv just needs to ask himself: How badly do I want to get into Harvard? Am I willing to make the necessary sacrifice?

The Inquisition Comes to Harvard

Would Virginia Governor Northam Have Whipped Uncle Tom to Death?