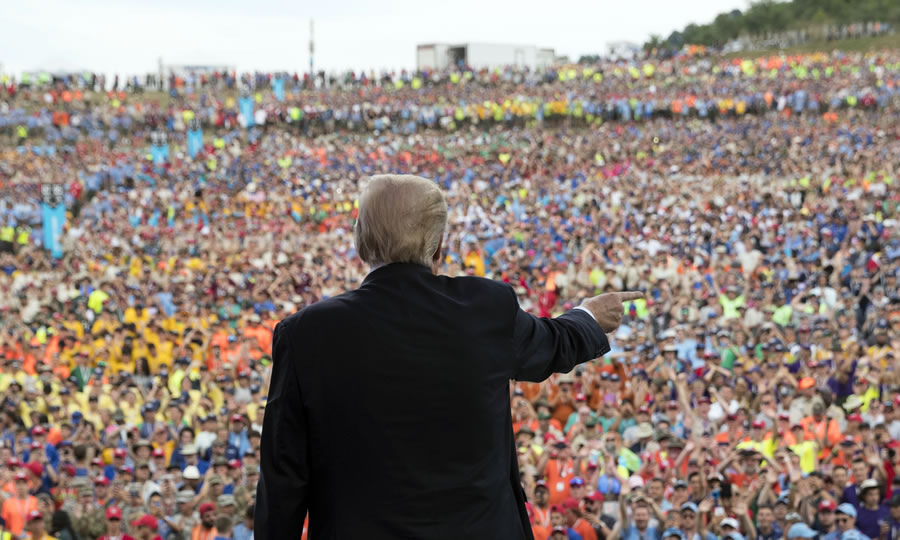 When I left the Northeast to complete my Ph.D. focusing on Southern Lit, I learned quite a bit about the South from hard experience:

This last point apparently applies in national church circles too. Progressive Christians have perfected a way of savagely criticizing fellow believers that recalls a gossipy Southern woman. You know, the kind who sits with her galpals over cocktails saying things like: “Well, I just don’t know how she handles getting … close to so many men. I don’t think I could manage that emotionally!”

Such progressive Christians feel they have the license to commit false witness against their neighbors, provided they do it using approved leftist rhetoric and elite-sponsored catchphrases.

Read the newly published “Open Letter Against the New Nationalism,” for instance. It makes few assertions that can be tested against any evidence. Then it hints at sweeping charges without doing the courtesy of naming any offenders. So they can’t defend themselves. It sticks up for inchoate positions that no one has attacked, and advances something it’s hard to criticize since it’s so nebulous and vague. Its statements amount to an elaborate Kabuki dance by privileged academics insulated from ordinary American life, aimed at signalling virtue. And obtaining grace on the cheap, buying indulgences from our godless masters and the culture of death with blank checks drawn on other, harder working people’s accounts.

This manifesto which claims the mantle of prophetic Christian responsibility is instead reckless, both in the charges it sneakily makes and the utopian policies it hints at, without the basic human decency to state them.

Before I submerge my hands in this tar-baby wafted of melting cotton candy, let’s make a few things clear. We believers ought to be deeply suspicious of any reading of Christianity that suggests one or more of the following:

With all this in mind, let’s examine a few key insinuations (they don’t make any testable claims) in the manifesto, shall we?

As if their feeble attempt to lay down some philosophical groundwork for their manifesto had exhausted them, the authors stop even trying. They launch instead into a series of assertions meant to attribute sick, un-Christian, career-ending motives to their enemies.

The authors throw in a few weasel words to avoid responsibility for quite making this charge, but they clearly wish to make it. They write:

Again we watch as demagogues demonize vulnerable minorities as infesting vermin or invading forces who weaken the nation and must be removed. Again we watch as fellow Christians weigh whether to fuse their faith with nationalist and ethno-nationalist politics in order to strengthen their cultural footing.

By this paragraph, you’d think that the U.S. had no immigration laws whatsoever in its history. But now some mad demagogue has come to power suggesting, for the first time, limits on the influx of foreigners. That no administration (including Barack Obama’s) removed illegal immigrants, as the law provides. But now violent racists have seized control of the government, and are treating illegal aliens like “vermin.” You might also conclude that Christians have always felt obliged by the Gospel to let unlimited numbers of Mongols or Moors, Huns or Visigoths, cross their borders at will.

Of course, not one syllable of any of that is true. But the authors don’t pause to defend their whispered slander. They move on to the next one.

Patriotism Is Nothing More than Love of Government

Next the authors take the liberty of completely redefining words with well-known, historic meanings. This in order to demonize millions of their fellow-Americans, while masking their own banal globalism. They write:

[N]ationalism is not the same as patriotism. Nationalism forges political belonging out of religious, ethnic, and racial identities, loyalties intended to precede and supersede law. Patriotism, by contrast, is love of the laws and loyalty to them over leader or party.

So patriotic feeling is about loyalty to … laws. Any laws at all? Are we patriotically bound to be loyal to Roe v. Wade? Why don’t the authors feel driven to get damp-eyed and sentimental about America’s immigration laws? What’s more, by this bizarre definition, the Poles who rallied against their Communist government were being wicked nationalists. Who were the virtuous patriots? The local Party members, whose loyalty was to the country’s Communist, atheist laws.

A Farrago of Libels

As if their feeble attempt to lay down some philosophical groundwork for their manifesto had exhausted them, the authors stop even trying. They launch instead into a series of assertions meant to attribute sick, un-Christian, career-ending motives to their enemies. Those enemies include virtually every pro-life politician or leader in America. I’ll just quote key snippets and comment.

We reject the pretensions of nationalism to usurp our highest loyalties. … Created in the image and likeness of God, all human beings are our neighbors regardless of citizenship status.

Nobody denied any of that, but by asserting it truculently, the authors mean you to think that. I challenge any of them: Name one, ONE pro-Trump Christian leader who claimed otherwise. Who said that the U.S. government is a higher locus of loyalty than Jesus Christ. (Listen for the crickets.) Or are you simply making the cheap argument that anyone who differs from you in his reading of Christian ethics is really a pagan worshiping Caesar?

Cities, states, and nations have borders; the church never does. If the church is not ethnically plural, it is not the church, which requires a diversity of tongues out of obedience to the Lord.

Again, what are the names of the pastors who have said otherwise? Which churches (please be specific, professors!) have sought to exclude anyone from membership because of his race? Apart from the Nation of Islam, and the almost defunct Aryan Nations, I can’t think of a single one.

Maybe the authors don’t realize this, but churches exist in other countries, too. Most immigrants belong to them, even if U.S. churches are eager to fill their emptying pews by stealing sheep. The argument over immigration has to do exclusively with a nation having borders. Not with imaginary Christian nationalist segregationists, who only exist in the authors’ sweaty, uncharitable fantasies.

We reject the xenophobia and racism of many forms of ethno-nationalism, explicit and implicit, as grave sins against God the Creator. Violence done against the bodies of marginalized people is violence done against the body of Christ. Indifference to the suffering of orphans, refugees, and prisoners is indifference to Jesus Christ and his cross. White supremacist ideology is the work of the anti-Christ.

This passage is likewise irrelevant, except for the emotional gratification it gave the authors writing it, which doubtless was intense. They followed their bliss, all right. But they added nothing to the debate over how to balance the common good in our country against the wishes of economic migrants to move to America and compete against the poorest American workers. Or collect welfare benefits, again in competition with poor Americans who actually paid taxes into that system.

Are the authors being so bold as to say that no nation may, on pain of sin, have any immigration limits? That’s what their carefully wafted smoke-rings seem to suggest. Do they really mean that? Are they taking the principled (if insane) stance that no country can limit immigration? Or are they simply casting an argument over the most prudent number of immigrants in Manichean language, to win cheap rhetorical points? One more thing: Will they commit their churches, and not the taxpayer, to pay for the needs of these immigrants? Several Catholics signed. Of our church I’ll say that it isn’t impoverishing itself but enriching itself from mass immigration. Forty percent of our bishops’ conference budget in 2018 came from federal contracts, mostly to serve immigrants.

Welcoming the Persecution of Our Grandchildren

When Christians change from majority to minority status in a given country, they should not contort their witness in order to stay in power. The church remains the church even as a political minority, even when unable to influence the government or when facing persecution.

This Virtue Signal Semaphore is hard to translate into honest English. But I’ll give it the college try. No nation may limit immigration even if the newcomers are openly hostile to its nation’s values and heritage, and likely to persecute native Christians. Obviously, on this reading, pro-life Americans couldn’t limit the influx of pro-abortion voters from south of the border, who put their self-interest ahead of unborn lives.

If I’ve read it correctly, that passage is staggering. We just marked the centenary of the Armenian Genocide. Christians in Iraq and Syria, Nigeria and Kenya, are being hunted like animals by Islamist gangs and militias. If government has any purpose at all, it is to stop such persecutions. If citizens have any rights at all, they include making policy to prevent them. But the authors deny that, endorsing a kind of civic pacifism every bit as deadly as any other. I challenge any of these authors: During one of your comfy sabbaticals, why don’t you fly to Iraq, and read this passage aloud to the Christians living in shipping containers, since Islamists won’t even let them into the refugee camps? Tell them about the spiritual joys of persecution, before flying back to Harvard or Notre Dame.

The authors of this document should be ashamed of themselves. Let’s hope they are capable of such a simple, honest, decent human emotion, bless their hearts!