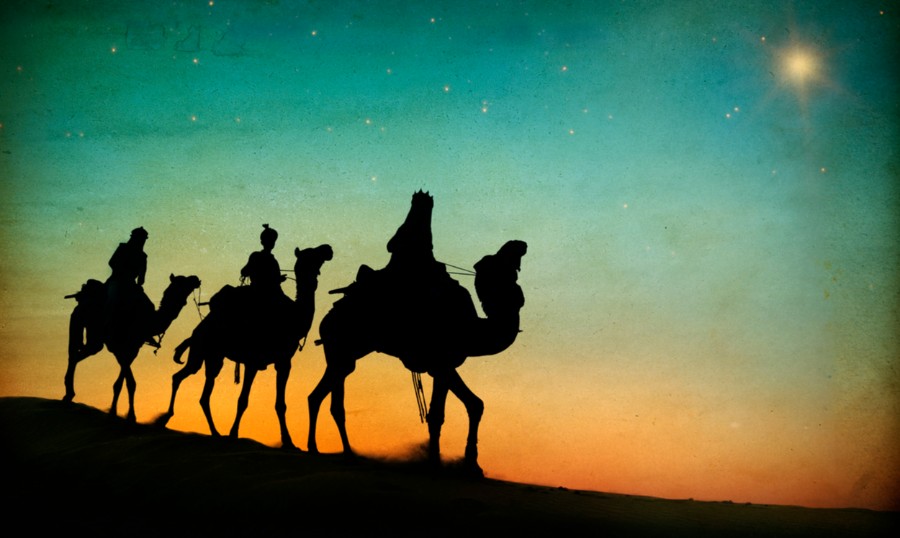 By Dwight Longenecker Published on December 17, 2019 •

You may not realize, but most Biblical scholars regard the story of the three wise men coming to Bethlehem to be untrue. No more than a fanciful tale concocted by early Christians to make Jesus’ birth extra special.

Are the Biblical wise men no more real than Gandalf, Merlin and Dumbledore — or did they really exist?

The Making of Myth

Historians believe the Arthurian tales are rooted in the exploits of a British chieftain from the fifth or sixth centuries who led the charge against Saxon invaders. The folktales grew over the centuries and were gathered by Geoffrey of Monmouth in the twelfth century. By then Arthur was a semi-supernatural figure who represented Britain and the British. Frenchman Chretien de Troyes added Lancelot and the Holy Grail to the story. Thomas Malory further elaborated the romance in the fifteenth century.

Tennyson resurrected the legends in the nineteenth century. The Arthurian myth developed further with T.H. White’s The Once and Future King. From there the myth burgeoned into a Broadway musical, a Disney animated adventure, and into umpteen TV shows, films and even a science fiction novel by C.S. Lewis.

Similar progress from history to legend and from legend to myth can be charted for the story of the Magi of Bethlehem. St. Matthew records a bare bones account of “wise men from the East.” They see a star and journey to Jerusalem, winding up in Bethlehem to pay homage to the newborn Jesus Christ. They then return to their country by a different route, courtesy of angelic guidance.

But the bare bones of Matthew’s drama have grown not only flesh and blood, but many layers of lavish costumes, props and scenery. Christians celebrating Christmas and Epiphany re-tell the story of three mysterious kings named Balthasar, Melchior and Caspar who came from Arabia, Africa and India. The exotic wise men followed a miraculous star in a camel caravan to bring fabulous gifts and pay homage to the infant King of the Jews.

The problem is, Matthew never calls them kings. He never says there are three of them. Their names are never mentioned. He doesn’t say where they came from. There are no camels, and the “star” doesn’t necessarily lead them through the desert to Bethlehem. These traditions developed in the first five centuries of the church. They were further elaborated throughout the Middle Ages.

Furthermore, most Biblical scholars pooh-pooh the idea that the magi were historical at all. The Catholic Bible scholar Raymond Brown in his monumental study The Birth of the Messiah notes that it was a mark of modernist orthodoxy not to believe in the historicity of the Magi story. Confronted with exotic wizards, magical stars, angelic messengers and a mystical trek across the desert, the modernist deconstructionist Biblical experts were more scoffers than scholars. They deemed the Magi’s quest to be not only mystical, but mythical. The magi were wonderful wizards conjured up to make baby Jesus seem more special.

To suggest to the devout worshippers at Christmas or to the wide-eyed children at the school nativity play that these extra traditions (and the Magi themselves) are not likely to be historical would be churlish. So clergymen of all traditions — wise men and women that they are — maintain the myth. Believing that the magi story is no more than a pretty parable, like stage magicians, they continue the annual Christmas illusion.

The History Behind the Mystery

Always wanting to stand orthodoxy on its head, I thought it might be an idea to deconstruct the deconstructionists. Therefore, I set out on a quest of my own. I began to investigate whether there might be a foundation of historical truth beneath the legends surrounding the magi story. To do this I had first to strip away the accretions that encrusted Matthew’s simple story.

What I found was astounding. First I discovered that because of their assumption that the Magi story was a fairy tale, very few scholars had taken the time to investigate thoroughly the possible identity of the wise men.

My research brought me into contact with new technologies which shed light on the subject. Some fresh archeological findings and new understandings from the Dead Sea Scrolls also contributed to the quest.

All the details fit together in an astounding way to reveal that the wise men were very probably emissaries from the neighboring kingdom of Nabatea. They had likely come to pay homage to what they thought was a grandson of King Herod.

As it turns out, it is perfectly probable that there were wise men who had the motive, the means and the method to pay homage to Jesus Christ just as Matthew recorded.

The simple truth is that Matthew’s account is factual, not fictional. All the details fit together in an astounding way to reveal that the wise men were very probably emissaries from the neighboring kingdom of Nabatea. They had likely come to pay homage to what they thought was a grandson of King Herod.

My findings stand the established academic orthodoxy on its head. They also should cause everyone interested in New Testament scholarship, ancient history and the historical veracity of the gospels to think again.

Like the story of King Arthur, the tale of the wise men who visited Bethlehem was embroidered and embellished over many years. The history became legend and the legend became myth. But beneath it all there is a foundation of historical truth which is fascinating and compelling.

The simple facts of the Magi story undermine the assumptions that the nativity narratives are fairy tales made up to make Jesus more special. Instead my findings show that beneath all the mystery there is history.

Fr. Longenecker is a Catholic priest working in South Carolina. His book, The Mystery of the Magi: The Quest for the True Identity of the Three Wise Men, is published by Regnery Press. Read his blog, follow his podcasts and browse his books at dwightlongenecker.com.