From battling coronavirus to fighting the war on terrorism, the brave men and women of the U.S. Armed Forces are risking their lives to keep us safe. 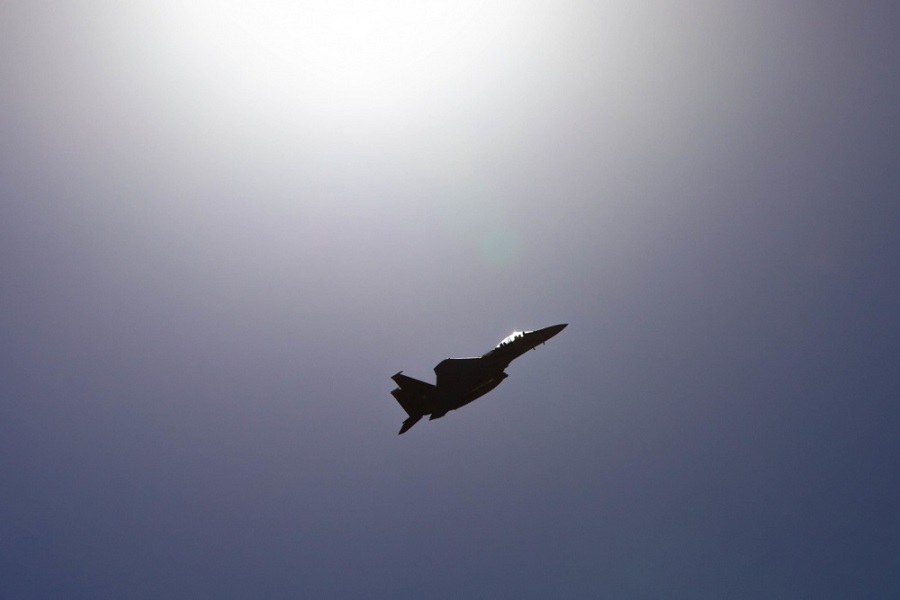 We don’t talk about it enough as a country, but the brave men and women of the U.S. military are still at war.

This week, our nation lost an “incredible paratrooper” in Syria, where valiant American troops are still risking their lives to fight terrorism. According to the Department of Defense, U.S. Army Sgt. Bryan Cooper Mount died on Tuesday in a “vehicle rollover accident while conducting reconnaissance operations” in the war-torn country’s eastern region.

It is with a heavy heart that we announce the death of Sgt. Bryan Mount, a cavalry scout assigned to @2BCT_FALCONS from injuries sustained after his M-ATV rolled over in Syria. #Paratroopers never die, they just slip away. pic.twitter.com/pWXJPaH1ez

“It was his second time serving in combat and we relied on his experience,” U.S. Army Capt. Reid Jacobson said in a statement quoted by Military.com. “Bryan was just one of those dependable paratroopers everyone looked up to and relied upon. He had an easy smile and contagious personality.”

Military.com’s Matthew Cox writes that “so far this year, ten service members have died while deployed in support of Operation Inherent Resolve.” All ten of those fallen heroes have families, friends and fellow troops who will forever mourn their loss.

Please pray for the wife, parents and fellow 82nd Airborne Division paratroopers of Sgt. Bryan Cooper Mount. We ask God to comfort them during this time of unimaginable confusion, pain and grief.

The military is also fighting a unprecedented war on COVID-19.

As of Thursday, there were 22,769 coronavirus cases inside military ranks, with 453 hospitalizations and three tragic deaths. Thankfully, 9,333 American service members are listed by the Pentagon as “recovered.” We thank God for shielding these heroes from harm.

Across the nation in every U.S. state and territory, courageous men and women of the National Guard are stepping forward to help detect and eradicate the virus. The above tweet shows a COVID-19 testing site in Arizona, while the below image shows service members trying to slow the spread at a Colorado prison.

"We are happy to partner with (Department of Corrections) in preventing the spread of COVID-19 in Colorado." @CONG1860 are helping test inmates and staff at select correctional facilities. https://t.co/v1qEmLYn2A #InThisTogether

“We genuinely want to be here. We have all volunteered and we are all serving relatively close to our homes whenever possible,” 2nd Lt. O’Callaghan said. “Everybody wants to help because there are so many people (who are) out of work and need assistance, and we have the ability to do it.”

“We have all volunteered” is the quote that really stood out to me. Sometimes, we forget that every single member of the modern military is a volunteer warrior who raised his or her right hand and swore to defend our great country during a time of war. These selfless heroes are the very best America has to offer.

All of us at The Stream thank 2nd Lt. Colleen O’Callaghan, Sgt. Bryan Cooper Mount and each and every U.S. military service member; past and present. America is blessed to be defended by extraordinary patriots like you.

A group of brave airmen is home from the war in Afghanistan after recently returning to their base in Alaska. 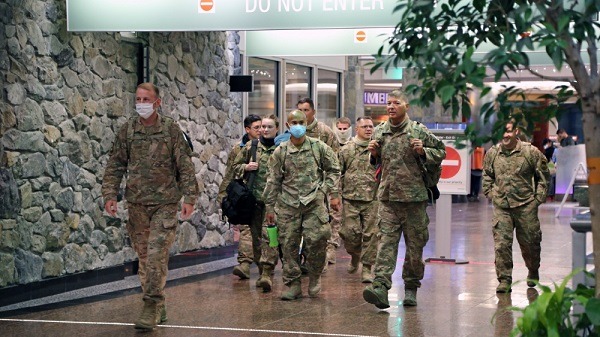 Welcome home, heroes! Thank you for defending our nation – and our freedom – overseas.