This Week at War: Don’t Get Distracted 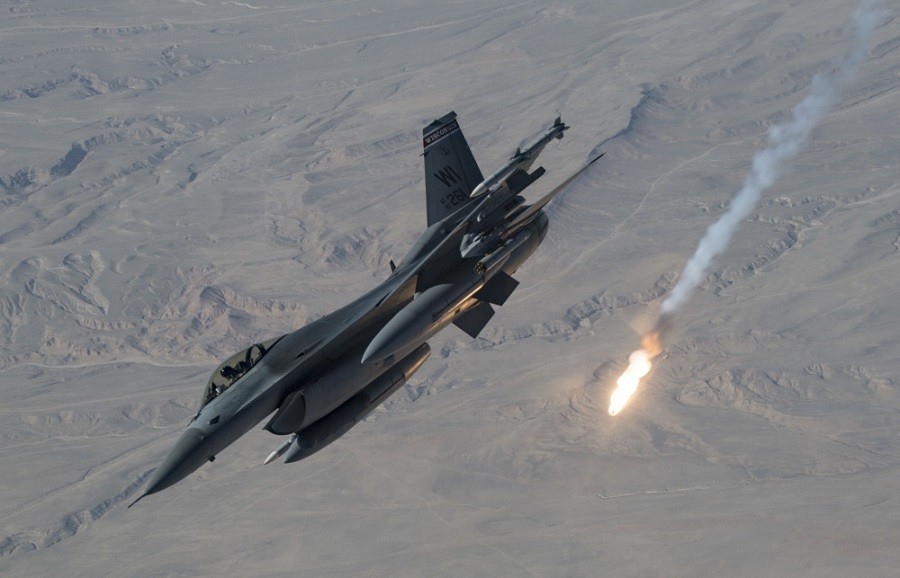 A U.S. Air Force F-16 Fighting Falcon fires flares while breaking away from a KC-135 Stratotanker in an undisclosed location over Afghanistan on August 24, 2019.

As the top U.S. envoy heads to Kabul to update the Afghan government on the status of ongoing peace talks with the Taliban, America’s longest war continues to impact thousands of brave troops and military families.

At this hour, nobody is shouldering a heavier burden than the loved ones of two U.S. Army Green Berets killed in Afghanistan’s Faryab province last Wednesday. As the national media focuses elsewhere, two Gold Star families are preparing to memorialize and bury their heroes.

Master Sgt. Luis DeLeon-Figueroa, 31, will be laid to rest on Tuesday in Agawam, Massachusetts, according to Western Mass News.  The departed Special Forces warrior leaves behind three daughters and a fiancée.

Funeral arrangements are still being prepared for 35-year-old Master Sgt. Jose Gonzalez, according to KRDO-TV. The fallen Green Beret was a veteran of seven combat deployments and like Master Sgt. DeLeon-Figueroa, was posthumously promoted for his many years of valor. Master Sgt. Gonzalez leaves behind his wife and two children.

It’s easy to get distracted in this day and age, but we must continue to pray for America’s newest Gold Star families. Please wrap your arms around them, Lord, during the difficult days and weeks ahead.

Another military family is mourning after a U.S. Army Reserve military police officer died this past Saturday while serving in Saudi Arabia. Stars and Stripes reports that the non-combat death of Spc. Clayton J. Horne, 23, is currently under investigation. His flag-draped casket returned to American soil on Sunday.

According to Stars and Stripes, Spc. Horne was a sheriff’s deputy in central Louisiana who leaves behind a fiancée. Please pray for her, as well as this fallen warrior’s family, friends and fellow soldiers and police officers.

Five former Navy SEALs are preparing for an inaugural charity bike ride this fall that will take them approximately 1,000 miles down the East Coast.

A new non-profit called Beyond the Teams launched the noble effort to benefit the VIP NeuroRehabilitation Center in San Diego, which helps a wide variety of patients, from young children to combat veterans.

From October 29 to November 9 of this year, five ex-SEALs who once attended Basic Underwater Demolition/SEAL (BUD/S) training together will ride from Virginia Beach, where numerous SEAL teams are based, to Fort Pierce, Florida, where the National Navy SEAL-UDT Museum is located. “We bring the same passion and purpose to our fund-raising missions as we did to our SEAL missions,” said Beyond the Teams founder Mike Charbonnet in a statement provided to The Stream. “Our military training and service taught us we are stronger as a team than as individuals, so we pool our resources to serve.

“It is our hope our past work helps draw interest to our new work,” Charbonnet’s statement continues. “Not to publicize ourselves, but to raise awareness of, and money for, those we serve.”

We thank these selfless Navy SEALs for their service, both before and after they proudly wore our country’s uniform. All of us at The Stream will be praying that this charitable journey is successful and safe.