This Machine Appeases Fascists: The Booting of Mumford and Sons Musician Winston Marshall 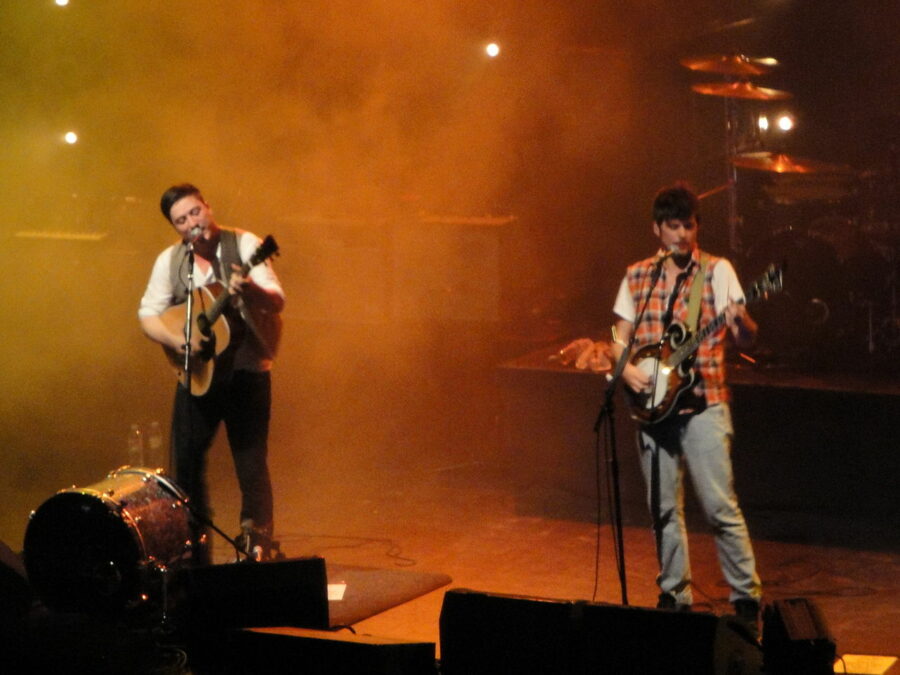 His musical descendants in the 1960s folk revival, artists like Bob Dylan, stood side-by-side with those fighting for civil rights, shining a light on the brutal and violent among us.

Dylan-inspired bands like U2 stood up for their political beliefs, challenging the thugs and bullies, be it the apartheid government in South Africa or the IRA in Northern Ireland.

Winston Marshall is the lead guitarist and banjo player in Mumford and Sons. Or he was, until Tuesday.

Marshall isn’t out because of a drug problem gone awry. Or a habit of crashing cars and missing gigs. Or cavorting with underage female fans. Or even the old favorite, “creative differences.”

Marshall is out because he liked a book. Specifically, he tweeted his respect for journalist Andy Ngo’s expose of Antifa, Inside Antifa’s Radical Plan to Destroy Democracy.

so Winston Marshall has deleted his tweet but of course it's archived by archive dot org, so importantly his views can still be heard https://t.co/xWtGdqZPKw pic.twitter.com/XagdlHFpJ3

And today, you absolutely, positively cannot express support for a conservative idea or condemn the violent left. Once the tweet dropped, the cancel culture mob came after Marshall’s head.

Unfortunately, Marshall hasn’t learned the lesson that you can’t win forgiveness from the Woke. But he tried.

Marshall apologized for his support of the book and announced he was stepping away from the band. His statement reads like that of a political prisoner in the Soviet Union.

Over the past few days, I have come to better understand the pain caused by the book I endorsed. I have offended not only a lot of people I don’t know but also those closest to me, including my bandmates and for that, I am truly sorry. As a result of my actions I am taking time away from the band to examine my blind spots.”

For now, please know that I realise how my endorsements have the potential to be viewed as approvals of hateful, divisive behavior. I apologise, as this was not at all my intention.

In fact, Marshall’s sad statement sounds a lot like our own John Zmirak’s vision of the Woke’s pending reeducation camps.

Can you imagine anyone from Johnny Cash to John Lennon to Johnny Rotten, ever apologizing for liking a book? Or walking away from the stage because some people were mad about something they said or did?

No, they’d immediately write a song about it. Think (“The Ballad of John and Yoko”) Or buy 1,000 copies of the book to distribute at their next concert.

Or like Dylan when the crowd at the Newport Folk Festival booed when he “went electric,” they’d play twice as hard and loud.

Or like U2 to the violent IRA, they’d tell Antifa and the Woke left, “F the revolution!”

Or like Guthrie, continue pouring out songs to uplift the forgotten and challenge the powerful.

Mumford and Sons Throw Their Mate Under the Tour Bus

When I first heard the story my initial thought was Marshall was backing away because he had received death threats. After all, Antifa is a violent, fascistic organization with a history of assault and murder. Andy Ngo himself fled to London around the time his book was published. And there is no doubt a target’s been put on Marshall’s back.

However, a new report suggests something even more disheartening.

The Sun is reporting Marshall was actually fired from Mumford and Sons. They claim Marshall’s politically conservative views have led to rising tensions in the band, and the hubbub over his supporting a book exposing Antifa was the last straw. (A couple years ago, Marshall got heat simply for hanging out with philosopher Jordan Peterson.)

Musically, Mumford and Sons has drawn from the best of the folk and rock traditions. But if this report is true, they’ve stomped on the heart of those traditions.

Smothering Free Thought, One Folk Song at a Time

Sure. People get kicked out or leave famous bands for all sorts of reasons. Sometimes for reasons no one in the band remembers. Sometimes for stupid reasons. For example, Lindsay Buckingham says he was fired from Fleetwood Mac because Stevie Nicks thought he smirked when award show producers  played one of her songs as intro music for the band. Sometimes for personal conflicts. (See Van Halen.)

But getting booted because of the cancel culture? Because of a band member’s politics? And firing him when he’s the target of a woke mob? In essence, throwing your longtime band mate under the tour bus?

According to The Sun, Marshall’s “bandmates Marcus Mumford, Ben Lovette and Ted Dwane, along with their management, decided it would be best to ask Winston to leave the group.”

The Sun reports a source close to the band as saying, “Winston’s staunchly right wing political views have been causing tension for some time now within the band. There has been a rift forming for the past four years with some people even going as far to say he has been ‘radicalised’.”

The Final Straw: Hurting Our Image

And this is where it gets even more nauseating.

Band leader “Marcus (Mumford) would always be an advocate for his right to free speech and for him to believe what he wants. But his tweet on Sunday was the final straw and they said they couldn’t put up with it any longer because it massively impacts the band’s image.

Some advocate for free speech. “I’m going to fire someone from my band, throw him to the wolves, because I don’t like what he says about a book … and it hurts our image.”

(Would that be their image with fans or Marcus’ Hollywood friends? Because when most people are clapping along to someone picking banjo or guitar, they’re not thinking, “I can’t believe that guy reads conservative authors.”)

The Closing of Curious Minds

Andy Ngo expressed regret at what has happened to Marshall, declaring him another victim of leftist radicalism his book exposes. “I grieve for those who are made to suffer because they dare to read my work, or talk to me,” he tweeted.

“The danger of Antifa & their allies is not only their willingness to carry out or support maiming, killing & terrorism — but also how they close curious minds from independent thought.”

Woody Guthrie would be weeping. Next time Mumford straps on a guitar it should have a sticker, “This Machine Appeases Fascists.”